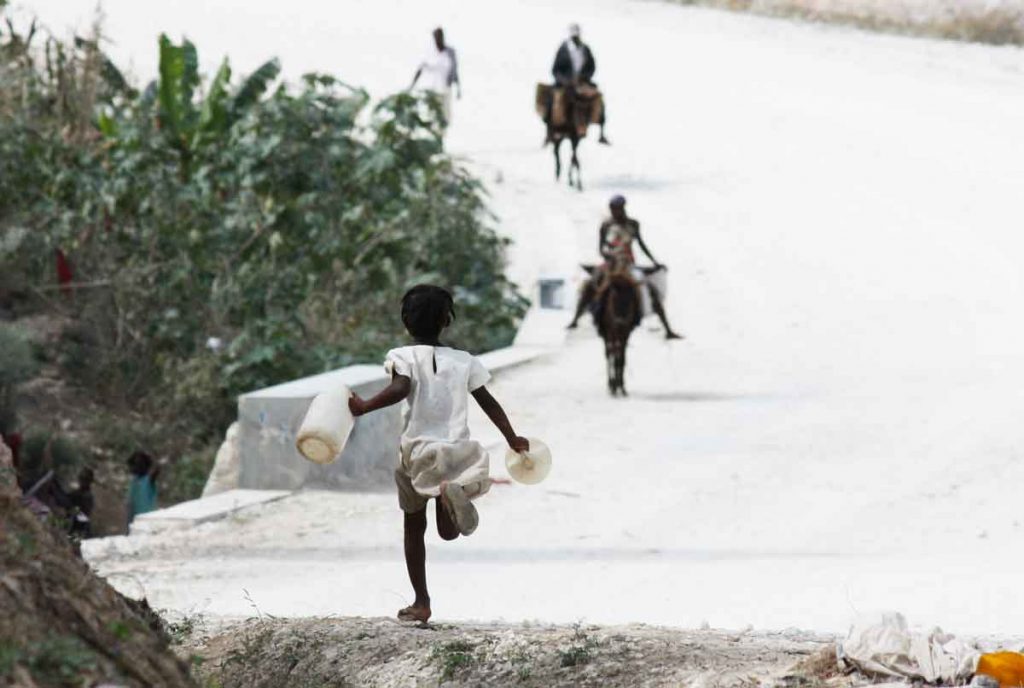 Video: ‘Jesus Loves Me’ in Haiti


New on The Christian Chronicle’s website, an extended report on Churches of Christ in Haiti, one year after the devastating, 7.0-magnitude earthquake.
The video is from Son Light Children’s Home in Port-au-Prince, which I first visited in February 2010. A wall at the home fell during the quake, killing a 15-year-old boy named Nicky. I was thrilled to have the opportunity to visit the home — and it’s overseer, Roberta Edwards — a year after the quake. I also got to catch up with Larry Waymire, a missionary in the Caribbean. We first met in 2005 at the Caribbean Lectureship in Cuba.
I made copies of some photos I took at Son Light last year, and hoped to give them to the young people I met there.
But, as I was disappointed to learn, some of them have left. I also learned about the downside of American aid to Haiti:

Larry Waymire, a longtime missionary in the Caribbean, led a team of students from Freed-Hardeman University in Henderson to Haiti to conduct a Vacation Bible School at the children’s home.
Waymire, a member of the Broad Street Church of Christ in Lexington, Tenn., has made multiple trips to Haiti in the past year and has seen it change from “a country under destruction to a country under construction,” he says.
“The process of getting things done is extremely slow,” he says. As the Haitians rebuild, the Son Light ministry continues to distribute thousands of dollars worth of food through Haitian churches.
The aid has helped thousands of Haitians, but it also has created “an air of greed,” Waymire says. Twice, groups of Haitians have knocked down the gates of the children’s home, hoping to take whatever they found inside.
In addition, some U.S. visitors “come down here with more of a mentality of savior instead of servant,” Edwards says, “What they’re pretty much creating is a welfare state … killing God-reliance.”
A few teens have moved away from the children’s home after U.S. Christians agreed to become their sponsors, Edwards says. She worries that they’re not getting proper supervision.
“I have seen several people turn away from God because somebody is taking care of them now,” she says. 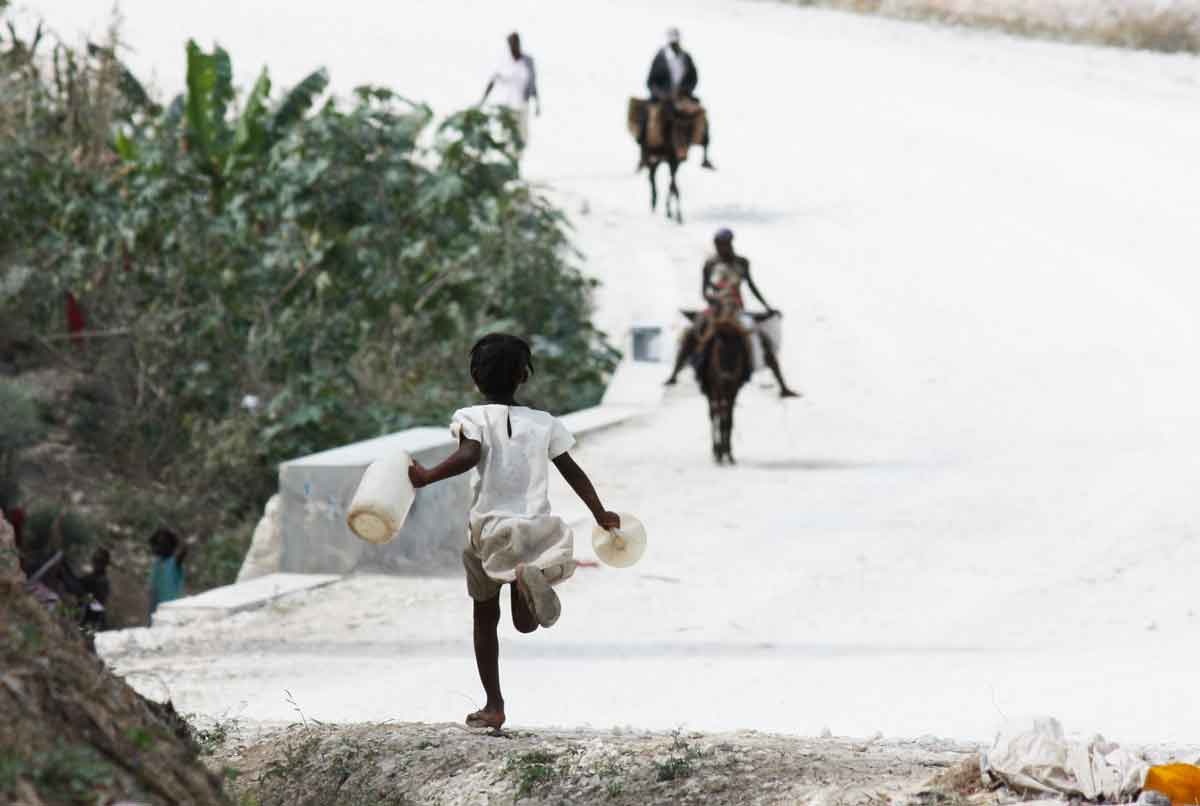 A girl runs to get water from a stream in rural Haiti as a well-drilling truck sponsored by Healing Hands International begins work on a new well for the community. (Photo by Erik Tryggestad)

I also saw a lot of good being done by church-supported relief groups, including Healing Hands International. Here’s a video of one of the ministry’s well-drilling efforts in a community outside Port-au-Prince:
httpv://www.youtube.com/watch?v=rhiro0xjUGI