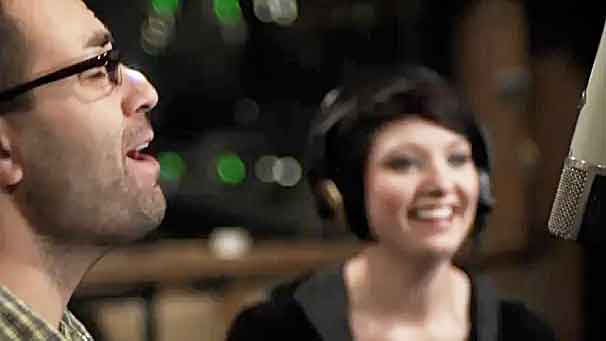 
Addi Panter and Erick Alexander, members of the Memorial Road Church of Christ in Edmond, Okla., sing about the past year in Oklahoma City.
The video was produced by Boiling Point Media for the Oklahoma City Chamber of Commerce.
Panter and her twin sister, Jala Verner, competed in the Country Music Television reality show “Can You Duet?” in 2008.
Alexander, a musician and songwriter, runs EAM Sounds, an audio production business which offices just down the hall from The Christian Chronicle.

Erick Alexander and Addi Panter sing “Where We’ve Been (Where We’re Goin’)” (Photo via youtube.com)