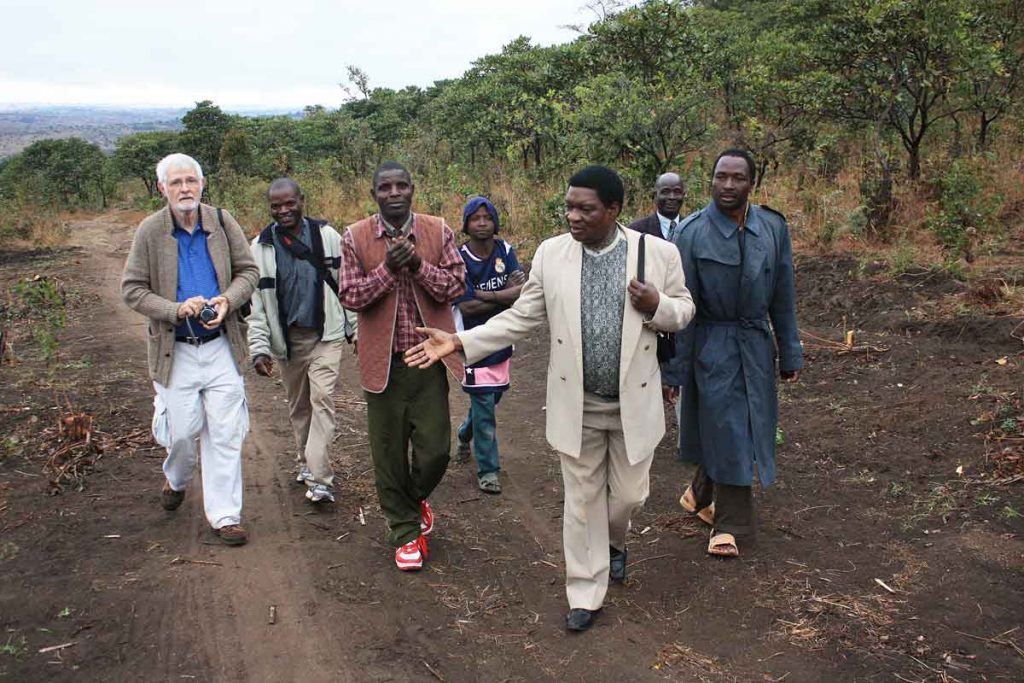 
There’s a new maize mill in Malawi — a place where locals can take their harvested corn and grind it into a product they can use to make life-sustaining food.
Malawian and U.S. Christians see the simple mill as a first step toward a larger partnership, which eventually will include a Christian school and orphanage.
Members of the Green Valley Church of Christ in Noblesville, Ind., traveled to the southern African nation recently to see firsthand the progress of the work in Dedza, a community in the country’s Central Region, just north of Mozambique. Members of the Green Valley church support The Malawi Project, a nonprofit that partners with Malawians in medical and developmental projects. 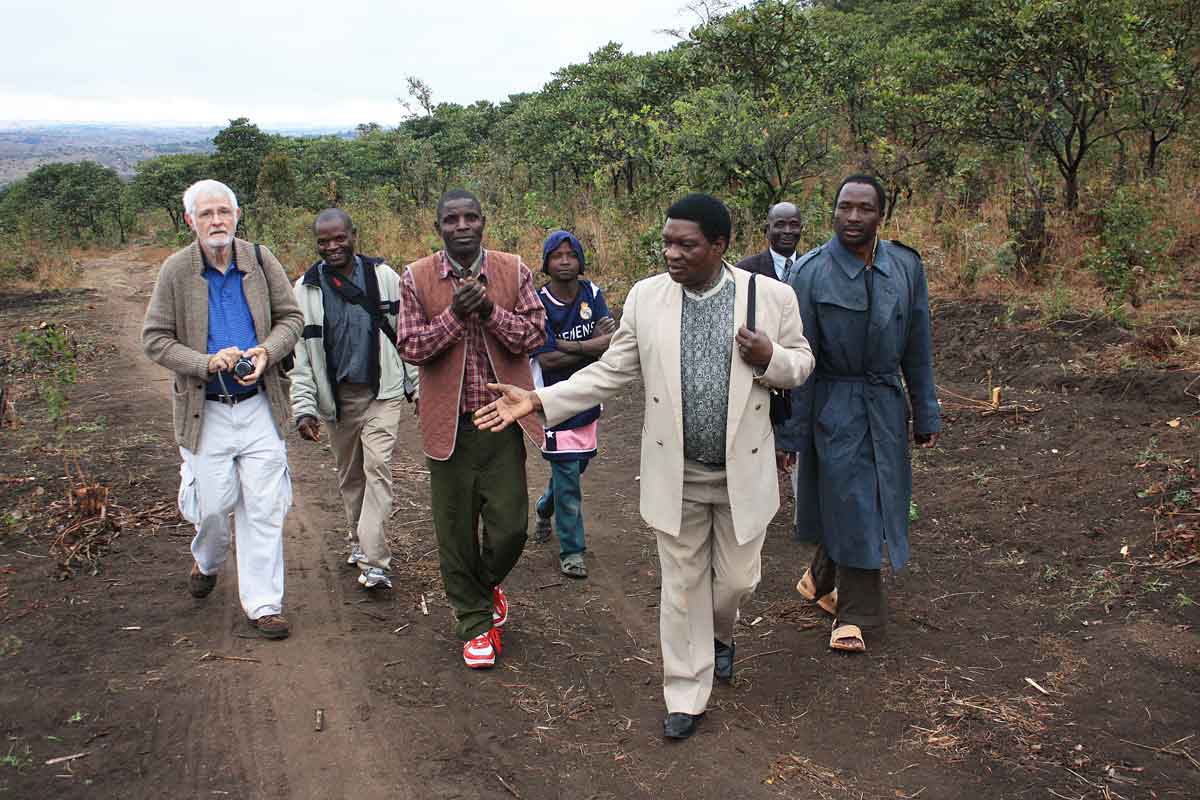 I visited Dedza in 2010 during a southern Africa reporting trip for our Global South series. Village leaders took me and Dick Stephens, who founded The Malawi Project with his wife, Suzi, to the proposed site of a new Christian school, hospital and orphanage.
The site is a picturesque landscape among the mountains of Malawi. I was there in August, and it was in the upper 40s Fahrenheit — quite colder than what I’m used to. (It’s one of the only times I’ve been able to see my breath in Africa.)
Now there’s a mill on the property for grinding corn, or “maize,” as the Malawians call it. It’s the first step in a big project that includes churches in Malawi and the U.S. along with The Malawi Project and Sunset International Bible Institute.
A corn grinder may not seem like a logical first step in such a project, but it should lay an economic foundation for the projects to come, according to the Malawians I interviewed. The community was thrilled at the prospect of having access to the facility.
Here’s a snippet from my 2010 story about the project:

Church leaders believe education is the key to reaching souls in big cities. 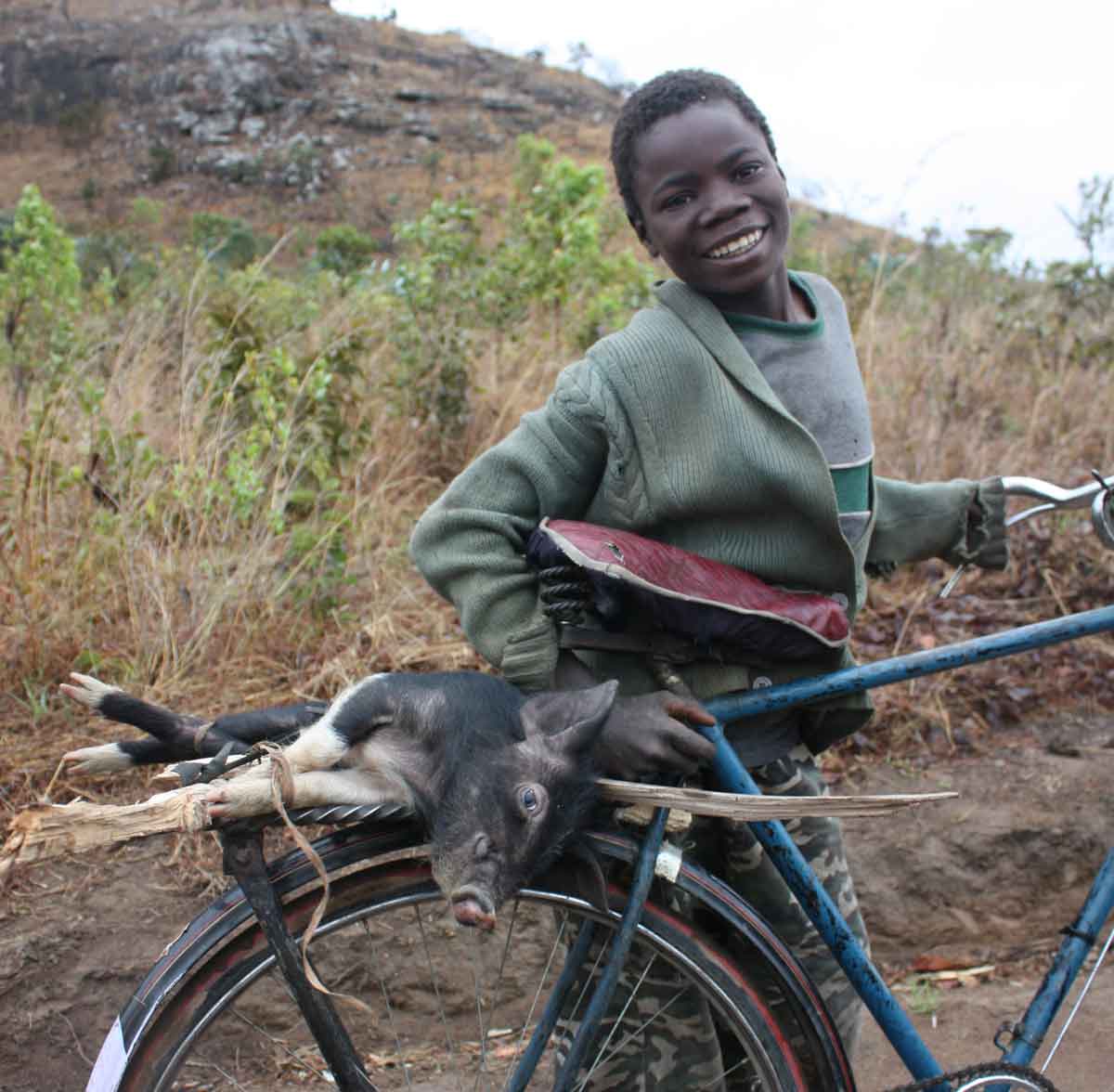 A child in Dedza, Malawi, brings home dinner on the back of a bicycle. (Photo by Erik Tryggestad)

Outside the town of Dedza, workers are setting the foundations for a new Christian school, hospital and orphanage. The project is a partnership between the Red Cross church, the Area 47 Church of Christ in Lilongwe and the Green Valley Church of Christ in Noblesville, Ind. The Malawi Project, an Indiana-based nonprofit overseen by church members, is partnering in the work, along with Sunset International Bible Institute in Lubbock, Texas.
Though Malawi has many ministry training programs, “we realize that we’ve lost a lot of time in this country” when it comes to Christian education, said Evance Mwapasa, an elder of the Area 47 church. Today, many longtime church members send their children to Catholic schools, he said.

Malawi is “the Israel of Africa,” according to Priestly Nkhonjera, a longtime minister there who will oversee the ministry training program in Dedza. The country is thought to have the highest number of church members per capita in the world, as we reported in 2010. Nkhonjera studied at Sunset’s Lubbock campus before returning to his native Malawi recently.
I met him during a visit to Indianapolis in 2010. He had traveled there from Lubbock to greet Joyce Banda, then the vice president of Malawi. She spoke at a dinner and lauded The Malawi Project and the Green Valley church for its work in her country.
Earlier this year, on April 7, Banda became president of Malawi after the sudden death of President Bingu wa Mutharika. Recently, she vowed to take a 30 percent salary cut to share in her nation’s economic woes.
Here’s a snippet from my 2010 story on Banda’s visit, which includes more information about the ministry training program in Dedza.

Now church members in Indianapolis plan to launch a new ministry training facility in Malawi, partnering with Sunset International Bible Institute.
Malawi already is home to many preacher schools — and nearly 4,000 Churches of Christ. The new school will focus on training and maturing church leaders from across Malawi and bordering nations.
Priestly Nkhonjera, a longtime minister in Malawi, is training at Sunset’s campus in Lubbock, Texas, before returning to his home country to oversee the school. 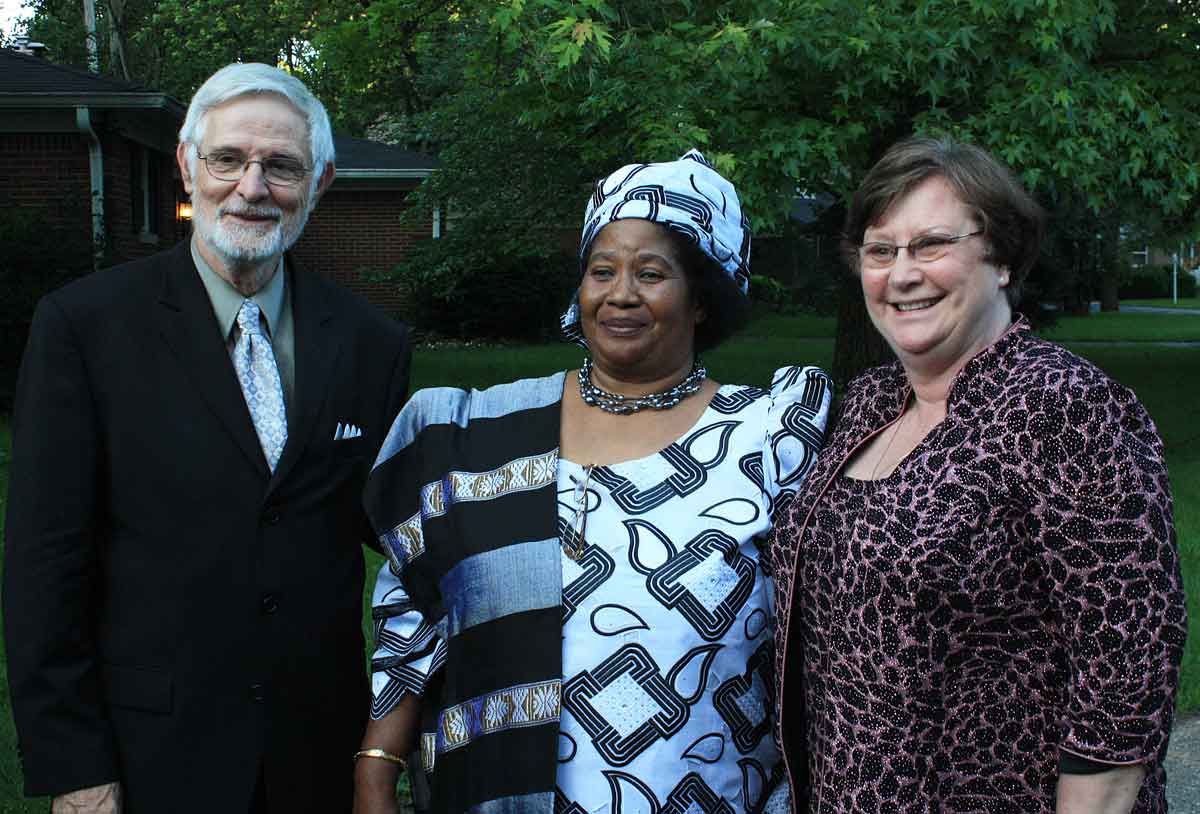 Joyce Banda, then vice president of Malawi, with Dick and Suzi Stephens during a 2010 visit to Indianapolis. Banda became the country’s president in April 2012. (Photo by Erik Tryggestad)

Speaking to the church members, Banda thanked them for “engaging my brother Nkhonjera.”
“We respect those organizations that come and listen to what we have to say,” Banda said. Sometimes, she said, small ministries accomplish more good in Malawi than “huge organizations that come and try to do things on their own, without involving the people that know what to do.”
“I’m now talking to a converted group of brothers and sisters,” she told the church members, “and that’s why I am congratulating you most sincerely — for knowing that we matter.”