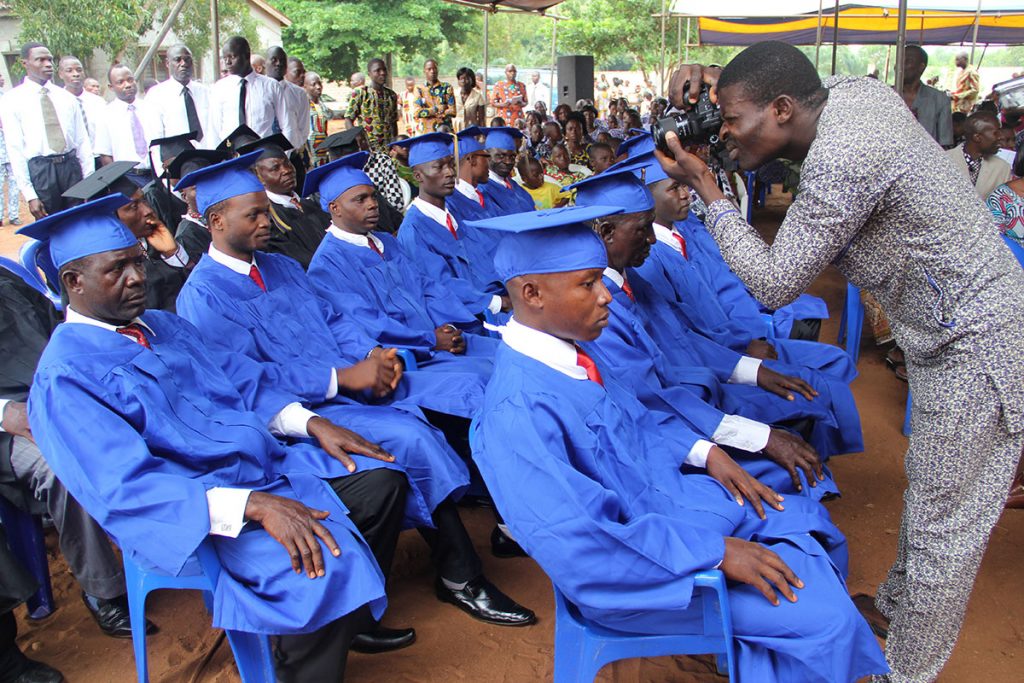 Video: A deluge of praise for Bible school graduates in West Africa


Blogging live from Cotonou, Benin
A little rain — that later became a monsoon — did little to dampen spirits here at the Center for Bible Training.
I took notes and photos as I dodged the downpours during the center’s annual graduation ceremony. The three-year ministry training school, associated with Churches of Christ, prepares preachers for the French-speaking nations of West Africa. I put together this short video to shows a few highlights — and give you an idea of what the crowd of more than 500 endured during the ceremony.
Though Churches of Christ are strong in the English-speaking nations of West Africa, the church is still in its infancy in the nations that once were French colonies, including the slender nations of Togo and Benin, sandwiched between two English-speaking nations, Ghana and Nigeria. George Akpabli, a native of Ghana, moved here 20 years ago to plant churches and train ministers for Francophone Africa.
The ministry training school has prepared preachers for countries throughout the region — including the Muslim-dominated nations of Mali and Niger. Graduates also have worked in countries including Chad, Togo and Cameroon.
Here are a few photos from the graduation: 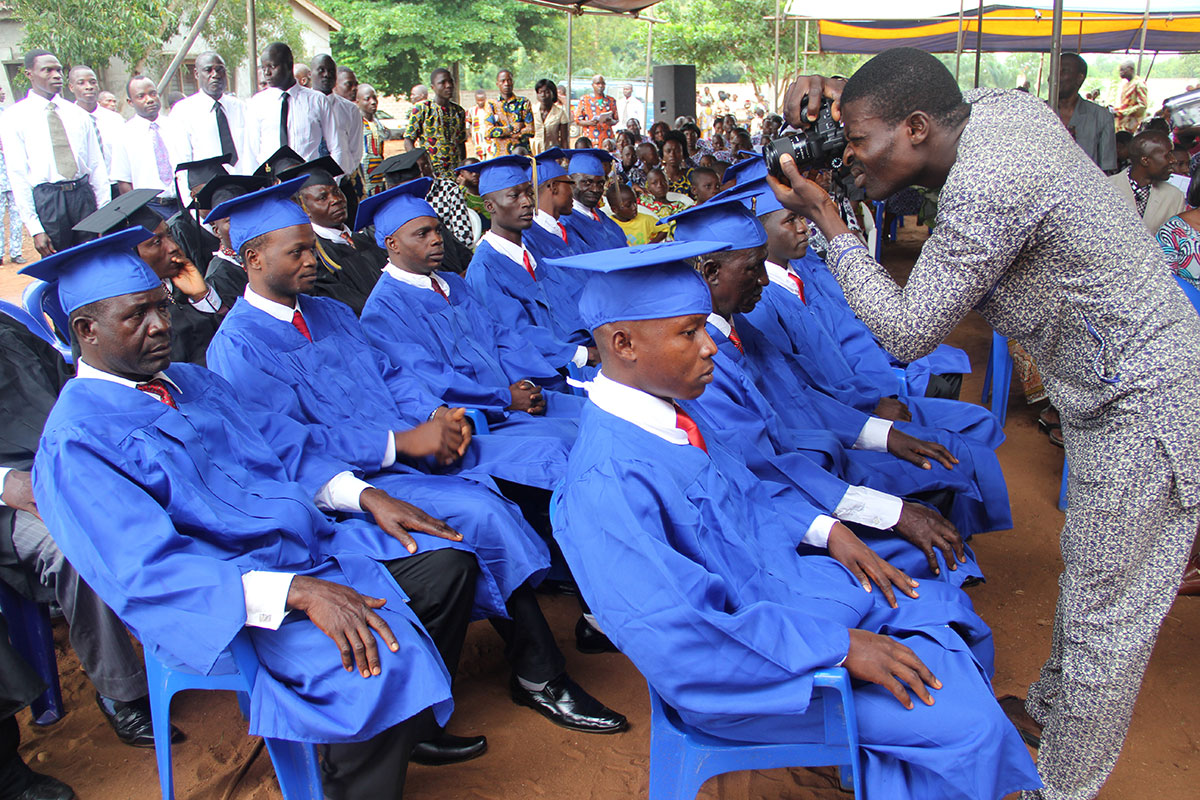 Graduates of the Center for Bible Training were photographed thoroughly. (Photo by Erik Tryggestad) 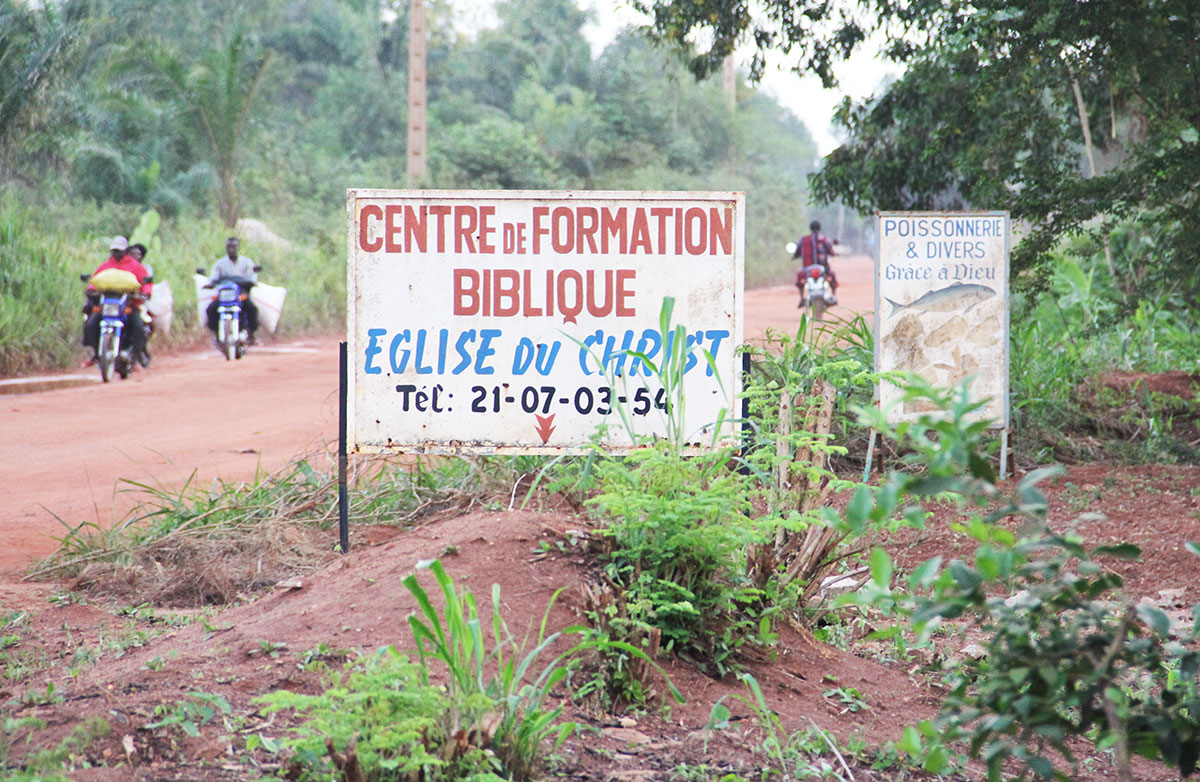 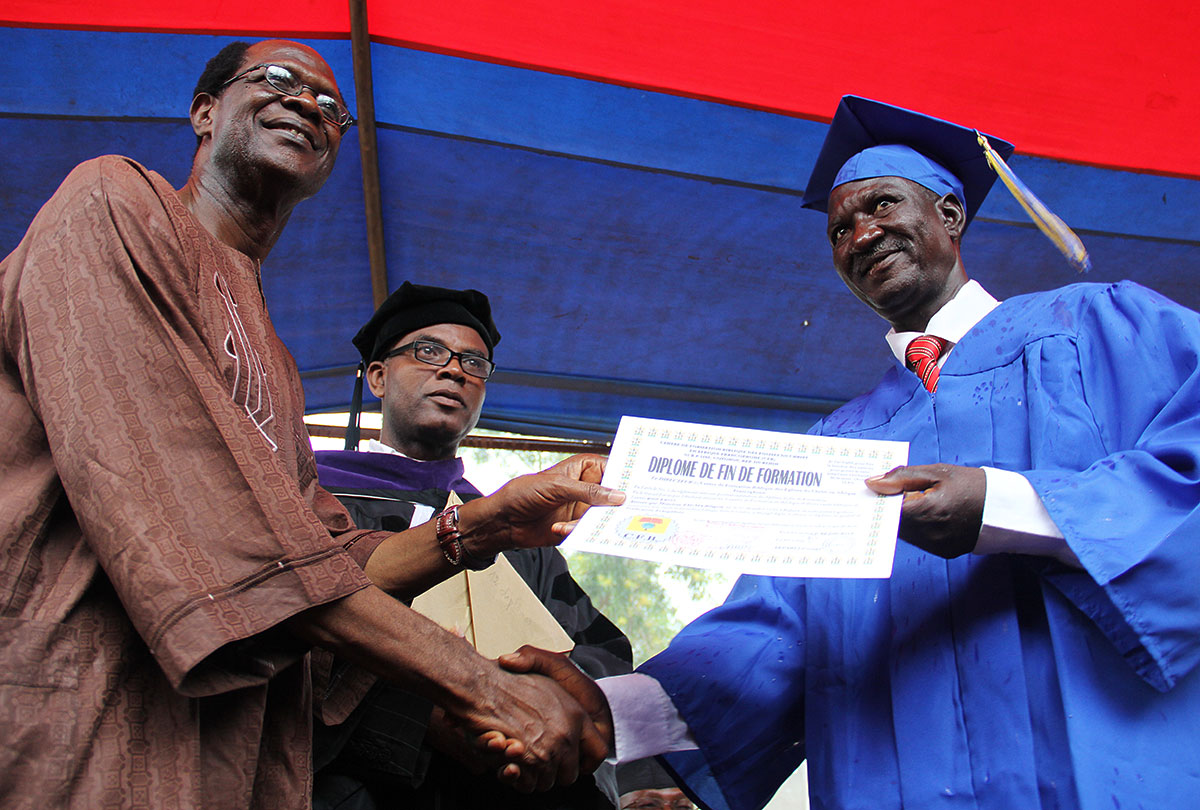 Peter Egure, a church elder from Abuja, Nigeria, and George Akpabli present a graduate with his diploma. (Photo by Erik Tryggestad) 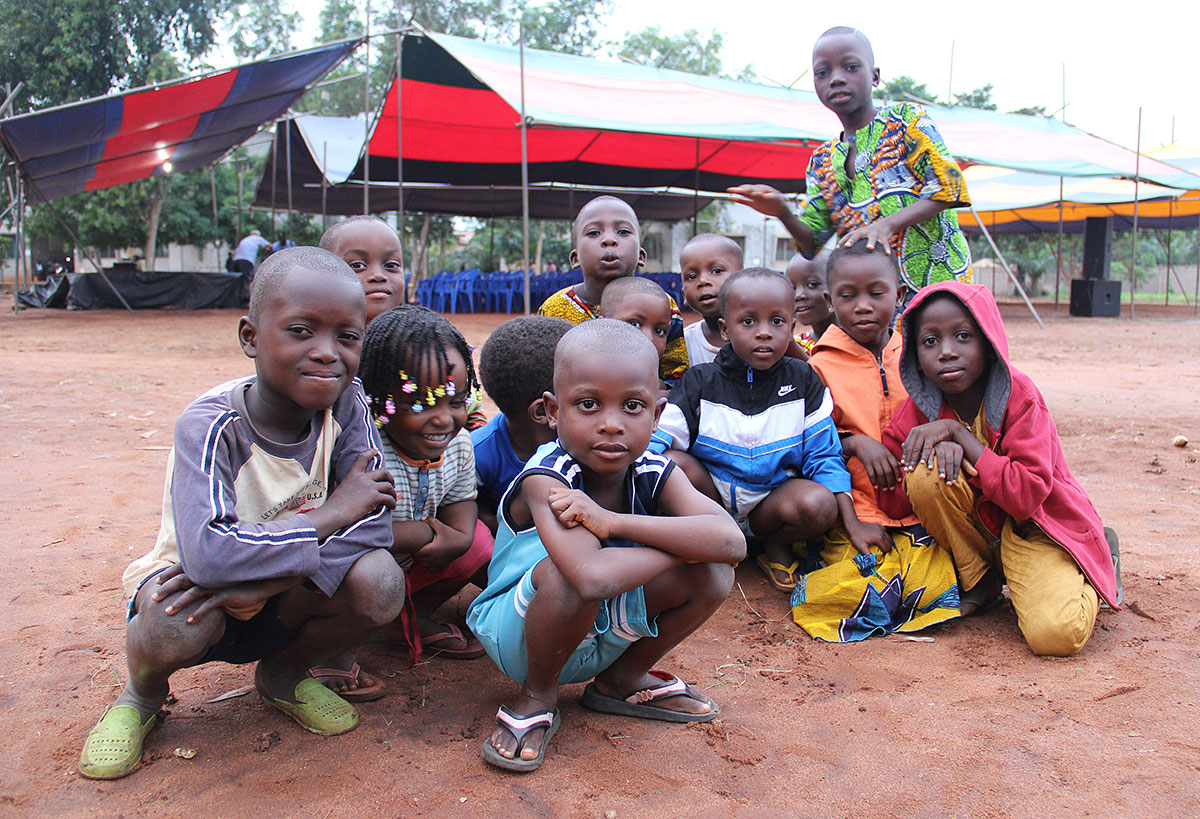 Children play outside the pavillion set up for the Benin Bible Training Center graduation. (Photo by Erik Tryggestad)