After a mass shooting at a Church of Christ in middle Tennessee, communities of believers rally to show love and support

The day after a masked man walked into a Church of Christ and opened fire, killing one church member and injuring eight more, the people of middle Tennessee gathered to share their grief and offer their support to those affected by the tragedy.

Churches and schools across the Nashville metro hosted prayer vigils. Another is scheduled for 7 p.m. Monday night at the Burnette Chapel Church of Christ in Antioch, the scene of the attack.

In the wake of the shooting at Burnette Chapel Church of Christ, many from the NCS community came together tonight for a…

“We are beyond grateful for the enormous outpouring of love and compassion we have received from so many after the tragic event that took place yesterday,” church members said on social media. “We ask for your continued prayers and support during the coming days and months — especially for the family of our sweet and dear sister Melanie L. Crow, who lost her life.” 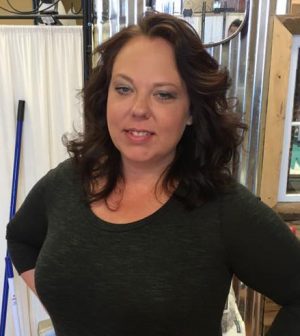 A native of the African nation of Sudan, Samson had attended the Burnette Chapel church in the past, members said. On Monday he was charged with murder. The motive for the attack remains unclear.

As police roped off the church building with crime scene tape Sunday, members and neighbors gathered outside. Two of the church’s former ministers arrived to pray with them.

“I was just impressed by the way the community showed up to care for each other,” Sager told The Christian Chronicle. In addition to Engle, he cited 10-year-old Jeremiah Reese, who injured himself as he helped barricade a door to protect other children from the attacker.

In addition to Church of Christ ministers, a minister from nearby Beautiful Gate Church in Antioch and a Methodist preacher came to the scene to offer support, Sager said. A young woman who had recently graduated from college heard about the incident and brought cases of water to the scene.

The 90-member congregation is a racially diverse group of Christians — one of many small congregations across the South that struggle to support a full-time minister, Sager said. Those who preach for these churches do so as a labor of love, he added, often working others jobs for addition support.

Spann, 60, taught Bible and coached women’s basketball for Nashville Christian School, which is associated with Churches of Christ.

NCS and Goodpasture girls soccer teams united in prayer for beloved Coach Joey Spann and all impacted by Sunday's shooting. That's what it's all about.

“I couldn’t be more impressed with Joey Spann and his wife, Peggy, … using their lives to honor the Lord,” Sager said, adding that witnessing the support for the small church made him feel “very sad, but proud.”

Also praying with Christians gathered near the crime scene was Walt Leaver, a minister for the Brentwood Hills Church of Christ in Nashville and a vice president for Lipscomb. Leaver is a friend of the Spanns.

“The signage advertising the big yard sale on Saturday, one day earlier, is what moved me,” Leaver told the Chronicle, noting the Burnette Chapel church’s sign. “This is a congregation that is serious about being a part of that community. That has always been characteristic of Joey Spann’s life.”

Prayers go out to the members of #BurnetteChapel Church of Christ in Antioch, TN. Such a heinous act of terror must be met with justice! pic.twitter.com/ciMLyNHfBX

“They are such loving, generous people,” Goode told the Chronicle. Don Williams, 83, served as chairman of the school’s board from 2007 -11 and remained on the board until 2015, His wife “still collects box tops for the school and brings them by every once in a while,” Goode said. “Very personable, good people.”

“It was some church members and some community members, really just a mixture of people,” Goode said. “It was just really powerful.”