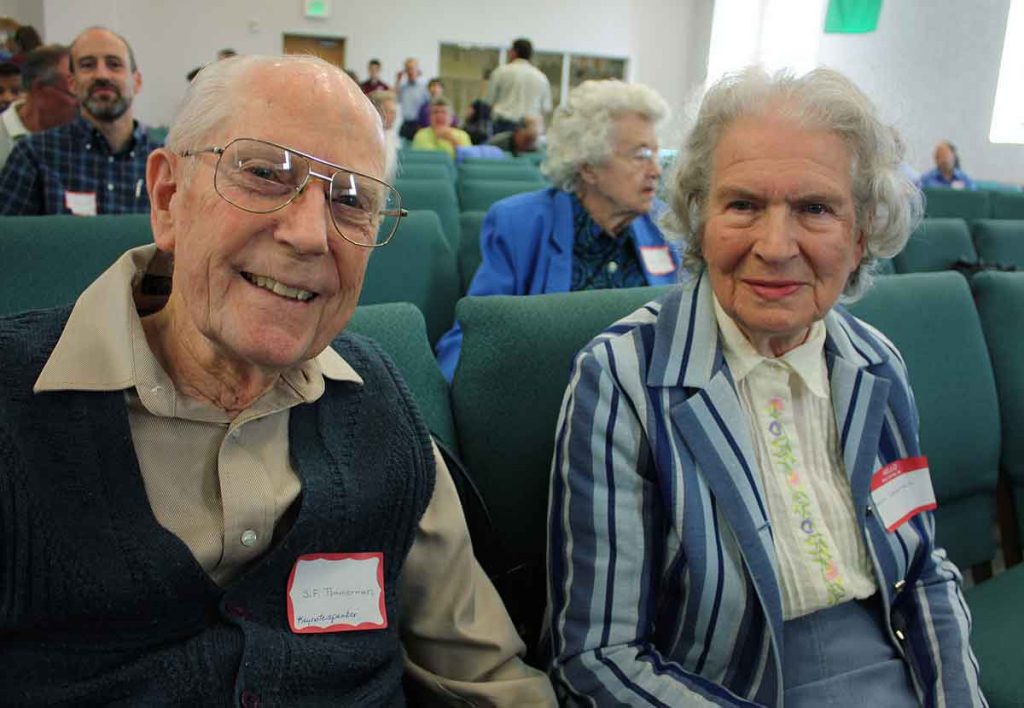 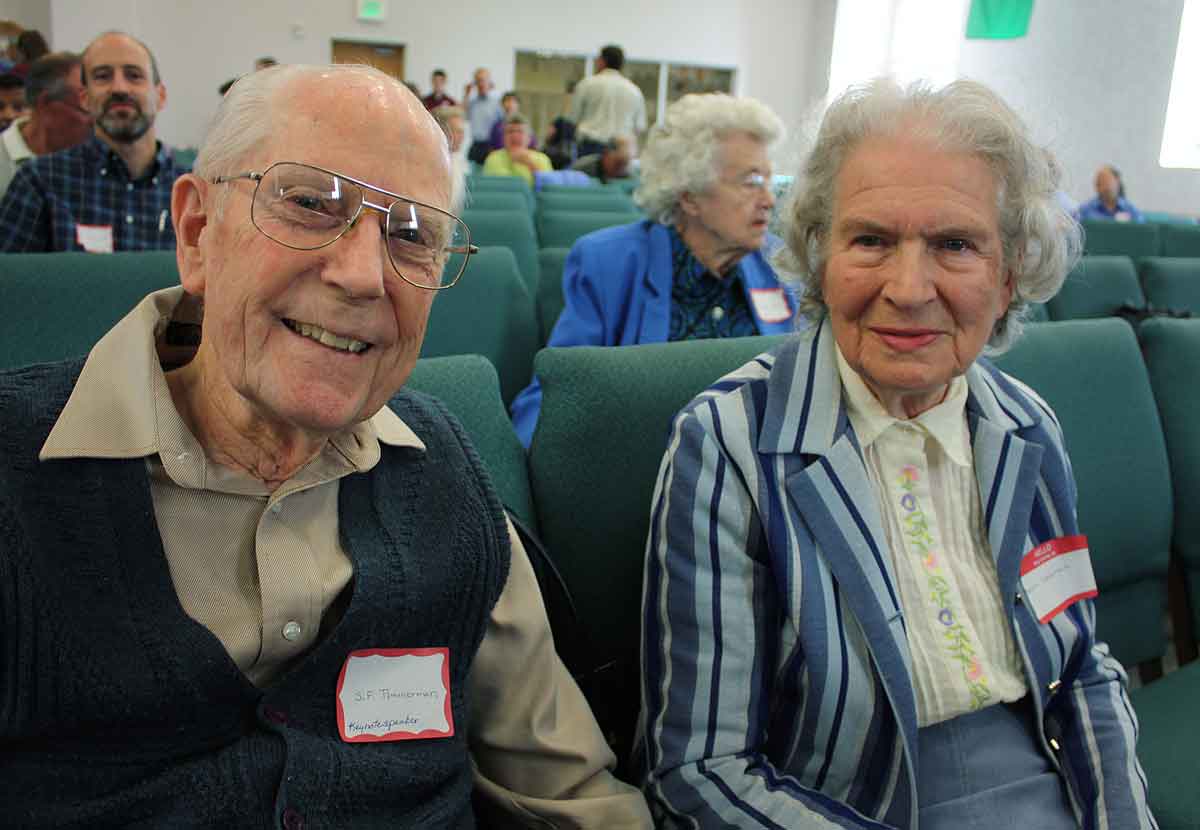 S.F. and Maxine Timmerman at the French World Mission Workshop at the Castle Rock Church of Christ in Colorado in 2008. (Photo by Erik Tryggestad)

Update: Memorial service details added
Maxine Timmerman, a pioneering missionary to the French-speaking world, died Feb. 6 at a nursing home in Searcy, Ark.
A memorial service is planned for Saturday, Feb. 11, at the College Church of Christ, 712 E. Race Street, in Searcy, Ark. Visitation is at the church building from 10 to 11 a.m. with the funeral following at 11. Burial will be at White County Memorial Gardens in Searcy.
Timmerman and her husband, Samuel “S.F.” Timmerman, moved to Belgium in 1948 to serve as the first missionaries there for Churches of Christ. The couple spent 16 years in the European nation, focusing on the French-speaking region of the country, and helped plant churches in Verviers, Liege and Brussels.
Later the couple served in the Canadian province of Quebec, working with French-speaking churches there.
S.F. Timmerman died Dec. 28, 2009. (See his obituary and a story about the 2008 French World Mission Workshop in Colorado, where he was a featured speaker.)
Memorials may be sent to:
Truth For Today World Mission School, PO Box 2044, Searcy, AR 72145-2044
The Alzheimer’s Association
Great Lakes Bible College, Knutsen-Mukitus-Timmerman Scholarship Fund