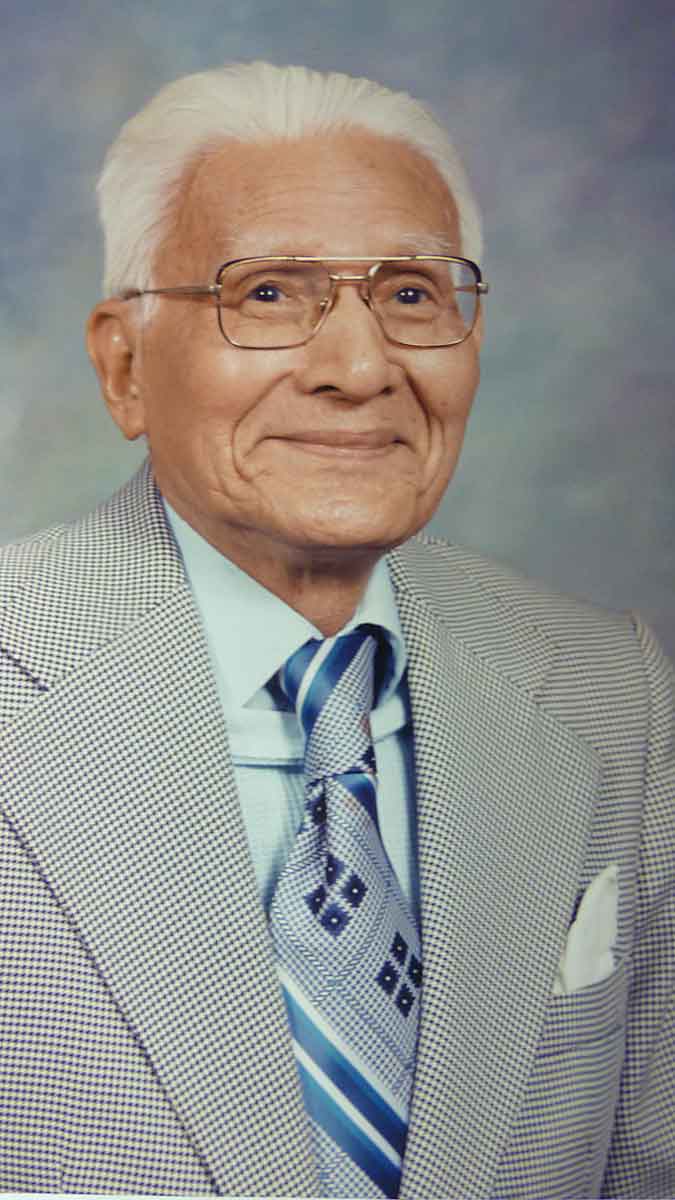 Updated: Christians mourn two stalwarts of the church in Vietnam

Update: Additional thoughts on Can Van Tran from longtime friend Ralph Burcham included.
We received reports of two dedicated Christians — both from Vietnam — who died recently.

Though they didn’t know each other in life, they shared hardships and a common faith.
The first is Can Van Tran, who died Feb. 14 at age 97. Born in Hanoi, Vietnam, he moved with his wife and six children to South Vietnam in 1954, when the country was divided into two nations. Fluent in English, Spanish, French, Chinese and Japanese, Tran got a job as a translator for the U.S. embassy in Saigon.
He met a group of U.S. servicemen who were members of Churches of Christ. Tran, who had served in an evangelical church, volunteered to translated their sermons into Vietnamese. Influenced by the church members’ teaching and his own studies, Tran was baptized in 1968 and later became a minister for the Saigon Church of Christ.
Ralph Burcham, a missionary who worked in Vietnam, tells more about Tran’s story in his book “Vietnam: Triumphs and Tragedies.”
Here are some of Burcham’s thoughts on Tran:

Brother Can helped the church in Vietnam to grow. God blessed him with great intelligence. In his early years, Vietnam was a colony of the French. So he spoke French. The Japanese took over Vietnam in 1940. He learned Japanese. He spoke both Mandarin and Cantonese Chinese. When the U.S. got involved in Vietnam, he learned English.
During the war years, he dubbed in Vietnamese on American Military films. He was one of the first members of the church in Vietnam and translated for most of us. He kept in communication with me until days before the fall of Vietnam. When Bill Estep called the College Church elders, he indicated he had found a way to get some of the Vietnamese out provided we would be responsible for them on their arrival. The elders agreed and Brother Can’s entire family came here. I was able to get the Mayfair congregation to sponsor his family.

Shortly before the fall of Saigon in 1975, Tran and his family left Vietnam for the U.S., with assistance from Estep. The family became members of the Mayfair Church of Christ in Oklahoma City. Tran got a job as a tutor and adviser for Vietnamese students at Classen High School, where he worked for 10 years.
Tran wrote books on Christianity and translated works by evangelist Jule Miller into Vietnamese. He preached in his native language on a short-wave radio program called “Voice of Truth.”
“My dad’s greatest achievement in life was living a life as a devoted follower of Christ,” his son, Hank, said at Tran’s funeral. “For that I am very proud of him.” 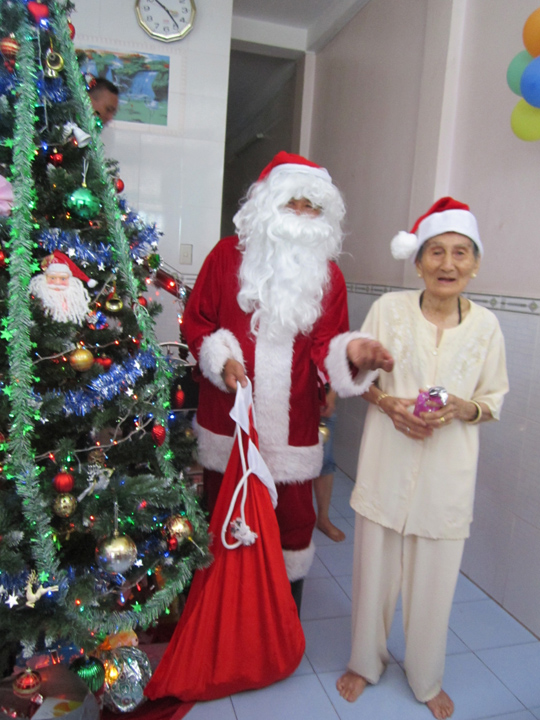 Tran Thi Ket gets a visit from Santa at a Christmas party. (Photo provided)

Burcham added, “He loved the Lord and looked for ways to encourage others in Him. In his last days, he told me not to pray for his healing but that he might go soon to be with the God and Jesus Christ. I had a great love for him.”
The second Vietnamese Christian, Tran Thi Ket, was baptized in 2010 — in the same river where her husband was killed during the Vietnam War.
In 2010 we shared her story, with help from longtime church worker Tom Tune, who currently is assisting young congregations in Vietnam.

The Hau River, which flows by the city of Can Tho in south Vietnam, was a watery grave for the husband of a woman named Ket. During the Vietnam War, Vietnamese soldiers forced Ket’s husband to row them up the river. Then they shot him.
Ket, the mother of seven, took her children with her as she searched for the body. She complained to the authorities but was ignored. Her suffering didn’t end. Later, soldiers shot and killed one of her sons.

Read the full story.
Ket was baptized after Tune began working with her children and grandchildren in a program that helps Vietnamese children attend school.
Tune reports that Ket became ill and died recently. When he first wrote about the Vietnamese Christian,  “I concluded my article about Ket’s baptism with these words: ‘She is now a part of the family of God,'” Tune wrote. “I can conclude this one confident that she is now in His presence.”