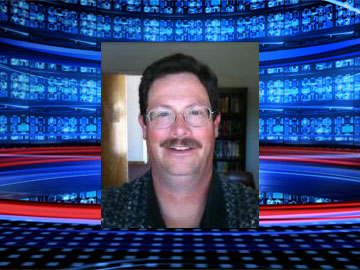 Terry Dow, minister for the Flat Rock Church of Christ in Michigan, is missing. (Image via MyFoxDetroit.com)

Saturday update: A statement on the Flat Rock Church of Christ website says:

We are relieved to say that Terry Dow has been located. He is currently receiving professional care. We thank everyone for all the help and support you have given. We especially thank you for your prayers and ask that you continue to pray for Terry and his family.

FLAT ROCK, Mich. — Police confirm Terry Dow, the preacher at the Flat Rock Church of Christ, is missing.
We’re told he was reported missing by his wife, who last saw him Tuesday around 8:00 a.m.  Dow left his cell phone behind at his house.  It has been confirmed that he never showed up for a “gospel meeting” scheduled for Tuesday evening.
Police say the congregation is banding together and out looking for their minister.

Read the full report.
A Christian Chronicle reader said the gospel meeting where Dow did not show up was the Downriver Life Enrichment Series, where Phil Sanders of the “In Search of the Lord’s Way” television ministry is speaking this week. The Allen Park Church of Christ is hosting that meeting. Dow shared information last month about the series on the Flat Rock church’s website.