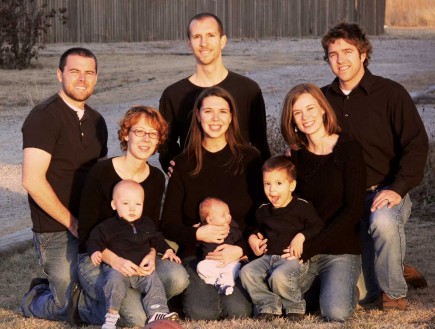 staff reports
Mike and Lucy McDougle, with son Canaan; Rob and Denyce Hindman, with sons Malachi and Silas; and David and Olivia Nelson moved to Kharkov, Ukraine, recently to plant churches among its population of about 1.5 million.
Mike McDougle, Rob Hindman and David Nelson met as students at Sunset International Bible Institute in Lubbock, Texas. The team trained for mission work with Jay Jarboe, instructor for Sunset, and Phil Jackson, facilitator for European church planting for Missions Resource Network in Bedford, Texas.
The team originally planned to move to Moscow. “However, a government crackdown in Russia eventually resulted in a closed door to missions there,” said Alan Phillips, associate director for Missions Resource Network. The team decided to move to Kharkov, a Russian-speaking city in northeastern Ukraine. Churches in Texas and Arizona sponsor the team.
FOR MORE INFORMATION, see www.kharkovmissions.com