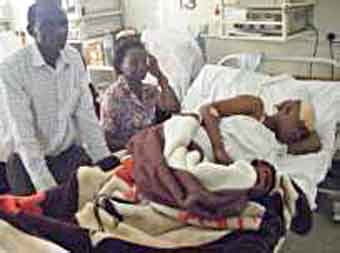 Isaac Sanyu, a longtime Church of Christ minister in Kampala, Uganda, sends the following report in the wake of the bomb attacks during the World Cup final:

Mzee Mbazira sits next to her daughter, Lydia, in a Ugandan hospital. (Photo provided by Isaac Sanyu)

Mzee Mbazira, one of our committed church members, has a daughter who is hospitalized in Mulago hospital. … Her head was injured by the blasts during the World Cup final at the Rugby Club in Kampala. She had two friends with her. One of her friends died on spot and the other survived.
Lydia Mbazira is 21 years of age. She is a student at university and pursuing a course in human resources. Her head was operated on, a number of fragments were removed and there is one fragment that has been left in her brain.
Several people were left dead because of lack of facilities and equipment in the hospitals. As for Lydia’s case, the doctors admit that she could improve if she received better medical attention. It has been confirmed that they will not tamper with the fragment in her brain. It is feared that she will remain in this kind of situation for the rest of her life.

Among the crowd in the rugby stadium with Lydia was an American worker with Invisible Children, a nonprofit supported by many church members. See our earlier blog post about the role of Islam and terrorism in the Uganda attack.
In 2005 I wrote a feature about Sanyu’s transformation into a Christian and then a church leader. He is a frequent contributor to our ongoing Global South series.
Here are some more of Isaac’s reflections on the attack: 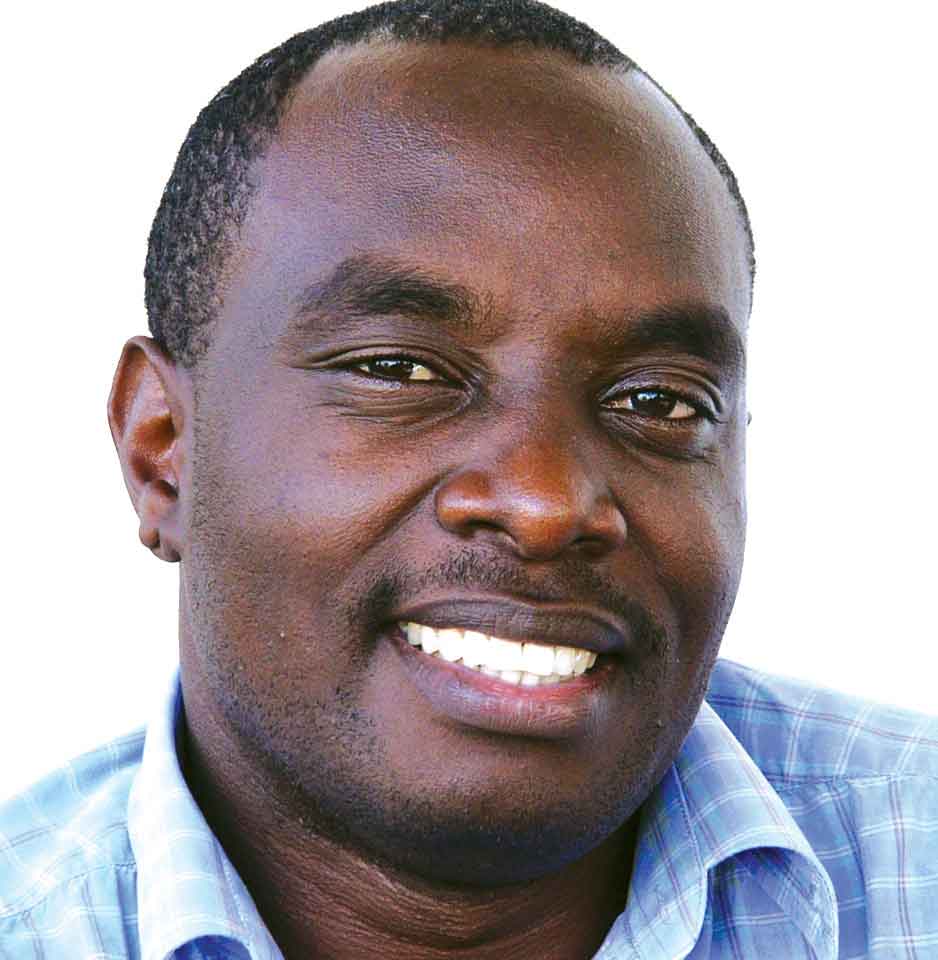 For the three girls, theirs was a day of fun, a day to witness history when Africa hosted the finals of the World Cup in South Africa.
Instead, it was a day that one of them lost a life while the two got injured. It was a day when Lydia, a girl that was soon to graduate from university …  (to) probably be the first graduate in their family, was met with the worst terrorist attack in the country.
Mbazira (the girl’s father) was able to come to church last Sunday to tell the church what happened. The church prayed over Mbazira and his family. We all continue to visit and pray for Lydia and her family in the hospital. We ask that you all continue to pray for Lydia as well.
The situation in Kampala continues to be tense. Security has been tightened in most parts of the country. Several checkpoints have been put up in most public places. Bags and other items are now checked by security personnel anywhere you go to. We have also beefed up our security at the Better Living Resource Centre. We have a volunteer, Michael who now stays on the gate to check people coming into the premises.
Please continue to pray for security and protection. May God bless you all.