Marshall Keeble was calling sinners home at a 1939 gospel meeting in Ridgely, Tenn., when a young white man approached him after the sermon.

The renowned black evangelist reached out his hand, thinking this was one more soul ready for baptism.

Instead, the man struck Keeble in the face with a set of brass knuckles and ran.

The Church of Christ minister recovered his balance and kept encouraging the crowd. The meeting’s organizers wanted to call police, but Keeble told them not to, later remembering, “I had to know how to meet him, or I’d get hurt bad.” 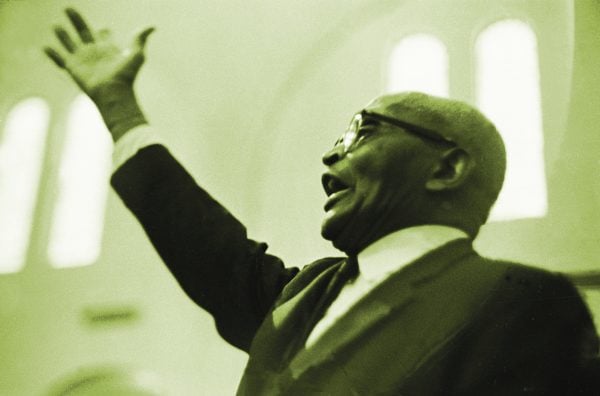 Despite violence and threats from white supremacists, Keeble never wavered in resolve to share the Good News with seekers black and white.

On April 4, 1968, an assassin’s bullet struck Baptist pastor Martin Luther King Jr. on the balcony of the Lorraine Motel in Memphis, Tenn. He was 39.

King was the most visible spokesman of the Civil Rights Movement, while Keeble — who grew up in a time of racially segregated schools and churches — only quietly worked for integration.

Fred Gray, a civil rights attorney and longtime elder of the Tuskegee Church of Christ in Alabama, knew both King and Keeble.

“Comparing Keeble to King is to compare two persons doing different things in different ages,” Gray, 87, said in a recent interview with The Christian Chronicle.

Keeble’s gospel meetings often drew whites as well as blacks, making him a target of the Ku Klux Klan. But some criticized him for not taking a more militant position on racial equality. 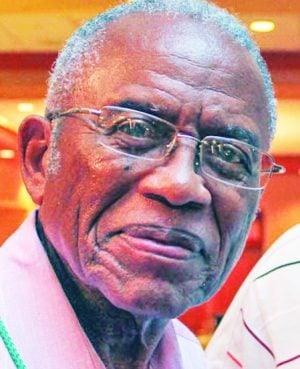 “Integration? I would rather get it slow than get it wrong,” Keeble said in 1964. He described how he had raised $50,000 for an all-white Christian college, prompting school leaders to decide “they could not take the money I raised and turn our colored children away.”

In the 1940s, Gray attended the Nashville Christian Institute, a Tennessee school for black children where Keeble was the president. Gray served as one of Keeble’s “boy preachers,” who joined him at gospel meetings across the nation.

Later, Gray chose to become an attorney instead of a full-time preacher. He was the first civil rights attorney for King and represented Rosa Parks, the black seamstress who refused to give up her Montgomery, Ala., bus seat to a white man in 1955. 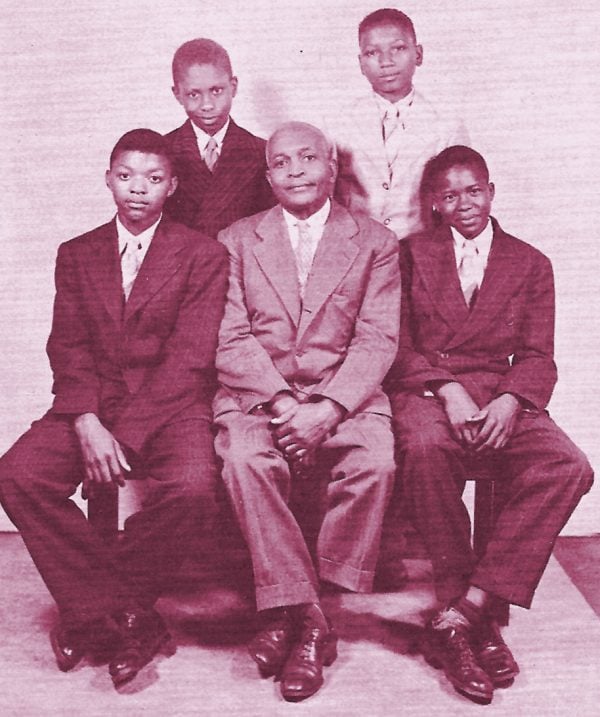 While Keeble was popular with white members of Churches of Christ, King had many detractors.

Eugene Lawton, minister for the Newark Church of Christ in New Jersey, was the source for a July 1968 piece in the Chronicle headlined “Negro Minister Tells What Discrimination Is.” The article was based on Lawton’s remarks at an Atlanta national meeting on race relations in Churches of Christ.

Lawton cited examples such as being unable to attend a Christian college and being sent to the church basement for worship.

He ended with this example: “It’s a preacher being dismissed on Monday because he prayed, ‘Lord, bless the King family.’”

In his memoir “Bus Ride To Justice,” Gray recounted that some of his fellow Christians had reservations about his work as a civil rights lawyer.

“Even Brother Marshall Keeble, the great pioneer preacher who had carried me, as a boy preacher, around with him representing the Nashville Christian Institute, probably did not understand my position,” Gray wrote.

“One preacher who had been a student at NCI when I was there later said to Brother Keeble about me, ‘Fred Gray is smart. He is involved in the Civil Rights Movement,’” the attorney added. “Brother Keeble is reported to have replied: ‘He’s too smart.’” 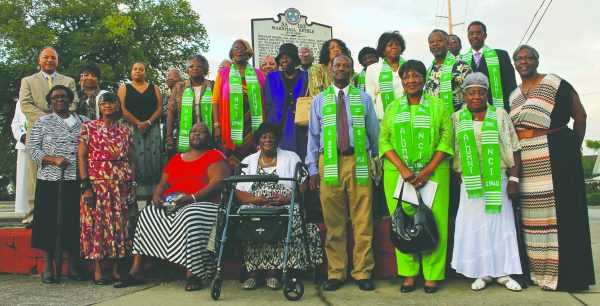 But Gray wrote that he understood Keeble’s position: “A portion of his preaching and work in the church had been sponsored by white members of the Church of Christ. I am quite confident that it was difficult for him to understand how one of his former boy preachers would now be standing in courtrooms fighting against racial discrimination.”

In the recent interview, Gray said of Keeble: “He did a tremendous job with the church. I never expected him to do what Dr. King did.” 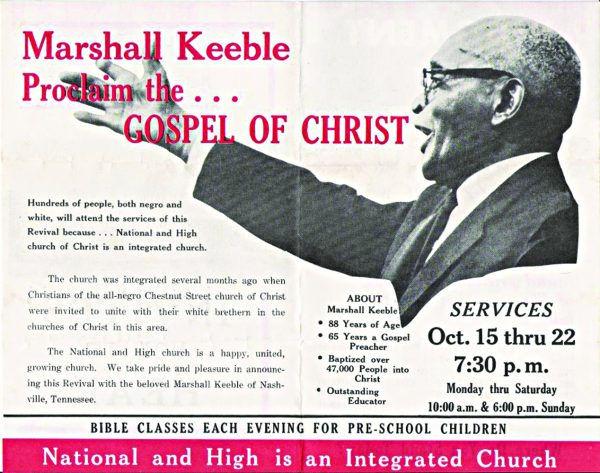 An advertisement from the late 1960s, just before Marshall Keeble’s death, invites believers black and white to a revival at the newly integrated National and High Church of Christ in Springfield, Mo. The church is “happy, united, growing,” the ad says.

A man of ‘another-world splendor’

Edward J. Robinson is a history and Bible professor at Southwestern Christian College in Terrell, Texas, the only historically black college associated with Churches of Christ. He wrote the book “Show Us How You Do It: Marshall Keeble and the Rise of Black Churches of Christ in the United States 1914-1968.” 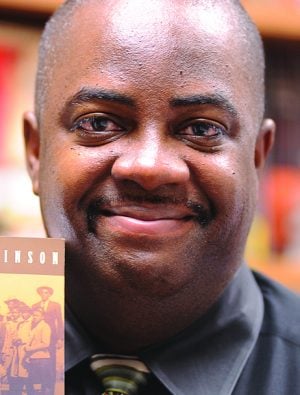 “Keeble without question hated racism, but he loved the souls of men,” Robinson said. “Consequently, he downplayed racial insults and racial discrimination to accomplish the greater good. … Keeble understood that had he contested the racial status quo, he would not have garnered widespread monetary support, which made it possible to travel broadly and plant so many congregations.”

A Chronicle editorial published after Keeble’s death said: “There was another-world splendor about the person of Marshall Keeble while he was in the pulpit. He was popular, not only with his own race, but the white people felt he also was their friend and evangelist.

“Even though some of his best friends did not agree with his position on racial problems, they admired him for his unquestioned spirituality, his serene demeanor, his dedication to the Word of God as his guide, both in his life and the doctrine he preached.”