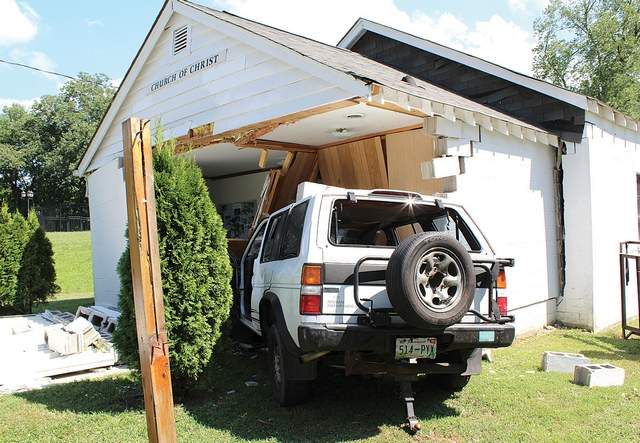 Truck crashes into Church of Christ building in Tennessee