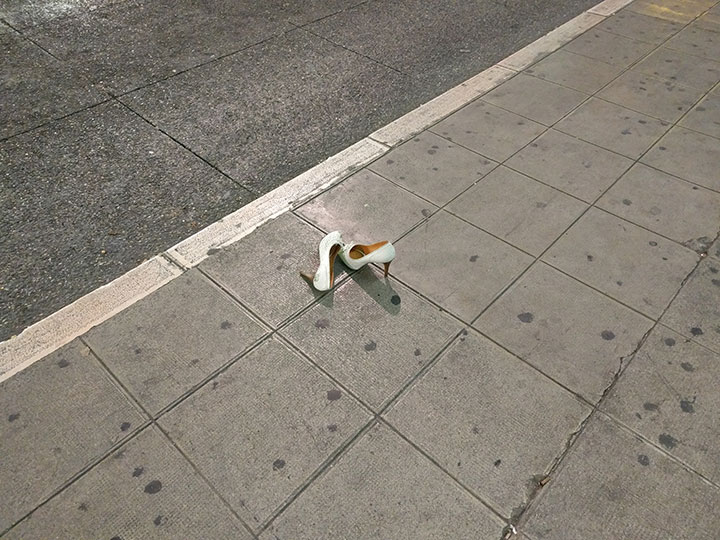 Christians in France mourn after another terrorist attack claims more than 80 lives — this time in the seaside city of Nice.

Erik Tryggestad
President and CEO
Once again, Churches of Christ in France mourn the dead, pray for survivors and petition God to bless their nation after a brutal terrorist attack. 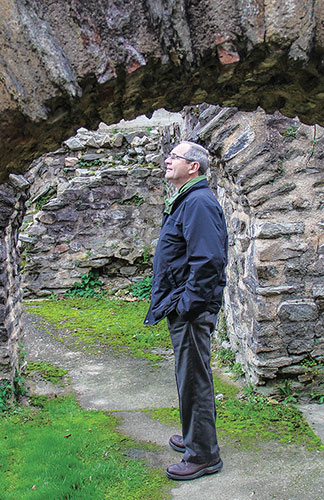 Arlin Hendrix strolls through the ruins of the Amphitheater of the Three Gauls in Lyon, France, in 2014. (PHOTO BY ERIK TRYGGESTAD)
“Tragedy upon tragedy in this sad world needing salvation,” said Arlin Hendrix, a longtime missionary in the city of Lyon, France, in a brief message to The Christian Chronicle.

About five hours south of Lyon, in the French Riviera city of Nice, 31-year-old Mohamed Lahouaiej Bouhlel drove a rented truck weighing about 20 tons into crowds gathered for Bastille Day, an annual celebration of the French Revolution.

At least 84 people are dead, with 202 more injured, some critically.

The Islamic State has claimed responsibility for the attack on Nice’s seaside promenade. The massacre follows a series of bombings and shootings in November carried out by followers of the terrorist group in Paris.


From the archives: French, Syrian Christians pray after Paris attacks
After the Bastille Day attack, “people are totally in shock, especially in Nice,” said Bren White, a former missionary to France who now oversees Operation French World, which focuses on evangelism and church planting in French-speaking nations. White, a member of the Laurel Church of Christ in Maryland, has communicated with friends and church members in France since the attack. 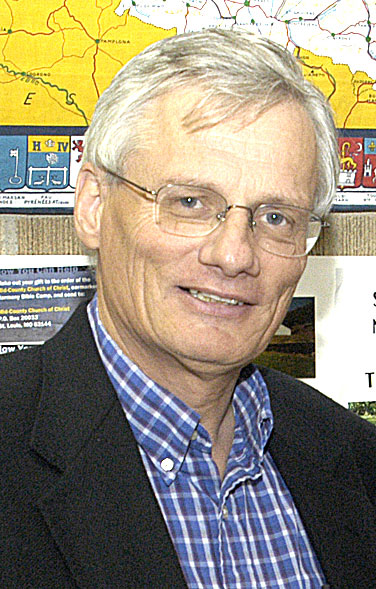 Yann Opsitch
“A number of people have been in denial about the violence of Islamists living in France,” White said. “Now fear is setting in. Some people are taking courage. Some are opening up to message of Christ in a fresh way.”

There currently are no Churches of Christ in Nice, though the city of largely retirees and tourists once was home to a congregation of about 15 souls, planted by missionary Maurice Hall in the 1970s, White said. The closest congregation is in Marseille, about two hours west of Nice. Recently, a couple from a Church of Christ in Paris moved to Nice, White added. No church members are yet reported among the casualties.

Normally, he said, Nice is “a beautiful place on the very blue Mediterranean” where people experience “a kind of daily enjoyment of the quiet, retiree life.”

White and his wife, Cheryl, visited Nice in 2007 to assess the possibility of restarting a Church of Christ there. 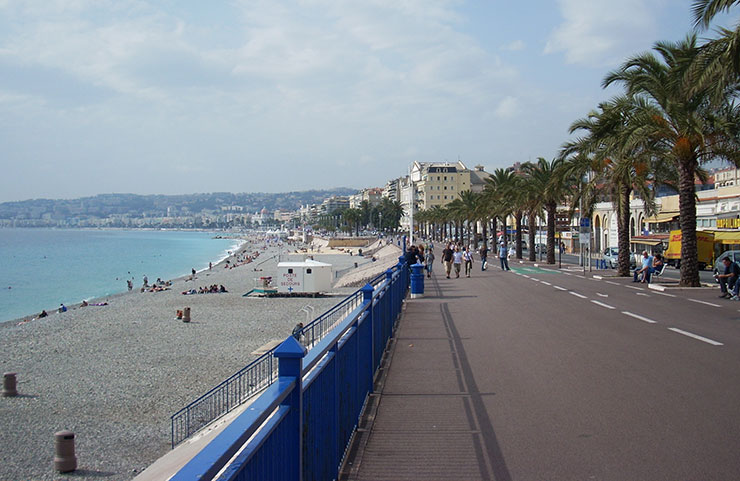 Nice, France, in 2007. (PHOTO BY BREN WHITE)
“In our survey trip we found a very diverse population, tremendous growth, and many small evangelical churches throughout the sprawling city,” he said. “We determined that a couple of young couples could probably get a congregation restarted in just a few years with focused, onsite effort. There seemed to be some real spiritual hunger in the local population. We have been trying to recruit two couples or young families to go and work in Nice.”

“Words cannot describe the incredible pain of losing loved ones, friends and neighbors in such atrocious circumstances,” Opsitch said. “May we be a blessing to this beautiful town and its kind citizens. This can begin with our prayers.” 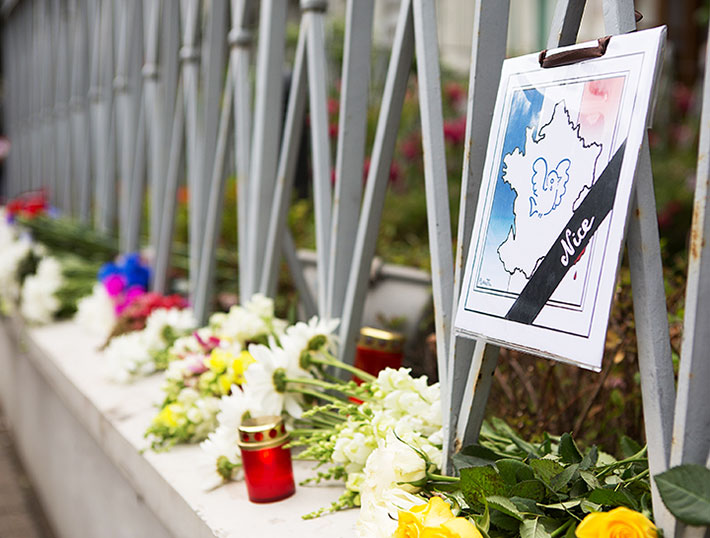 Across Europe, people mourn for the lives lost in the Nice, France, terror attack. In the northern European nation of Latvia, mourners created a memorial outside the French embassy in the nation’s capital, Riga. (PHOTO BY SAEIMA, VIA WIKIMEDIA COMMONS)