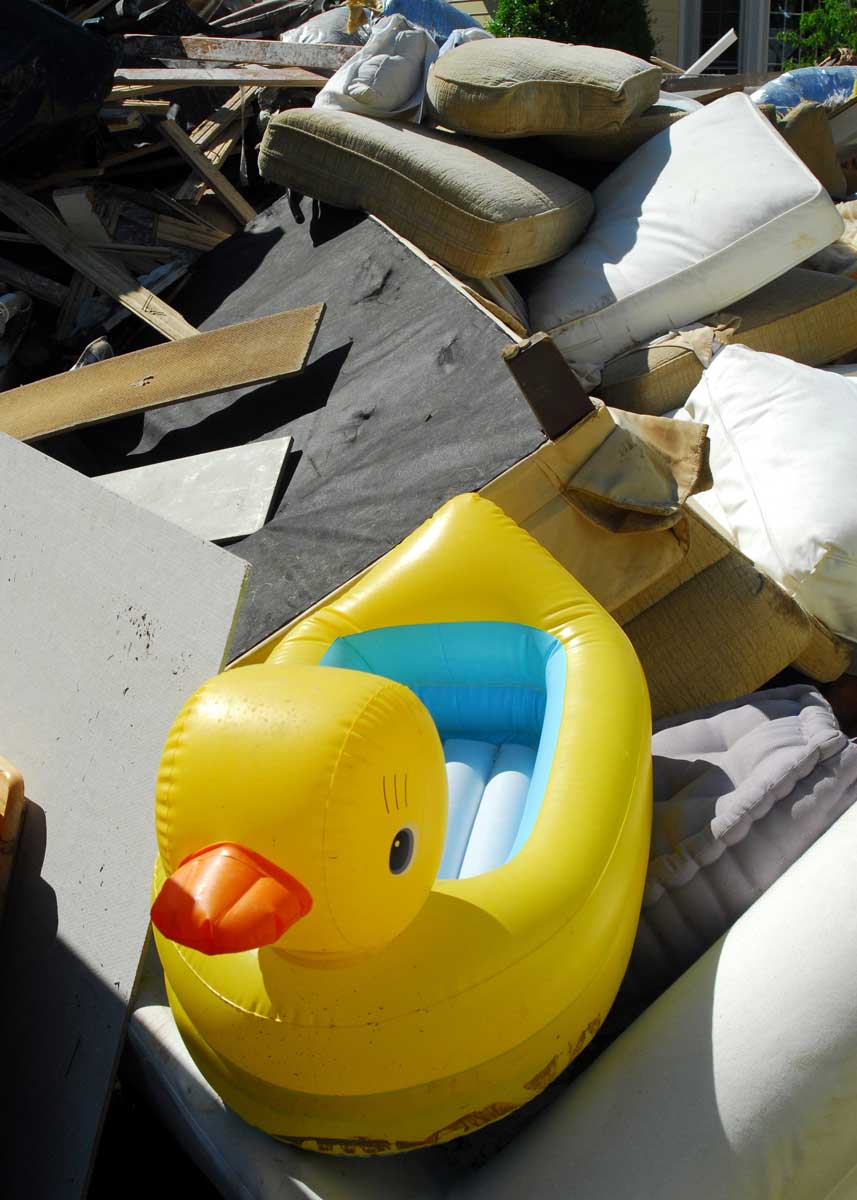 A child’s inflatable raft is among the debris lining Nashville streets affected by the 2010 flood. (Photo by Ted Parks)

We’ve just posted coverage of the 2010 Nashville flood. Ted Parks, our Nashville, Tenn.-based corespondent, surveys the damage and highlights churches affected in “Grand ole mess: Tennessee churches, Christian university rally after flood.”
Ted tells the story of the Bellvue Church of Christ on Sunday, May 2. As the floodwaters rose, stranded motorists came to the church seeking shelter. They also got a banquet, as Ted reports:

The banquet his congregation shared with the stranded motorists on May 2 was intended for the church’s graduating seniors. Blackman arrived at the building at 7 a.m., as usual, to make final preparations for the morning’s services.
Within an hour, floodwaters blocked the roads between his house and the church. His family wouldn’t be joining him for worship. Then the minister heard that the songleader’s house had flooded.
Only 89 people made it to the 9 a.m. assembly out of the customary 700. Once there, some couldn’t make it home.
The congregation opened its doors to other people caught by the flood. The meal prepared for the graduates went to about 100 overnight guests. Bellevue members supplied air mattresses, sheets and blankets.
The last “customers” arrived at 4 a.m. Monday, said Blackman, who finally got home that night. 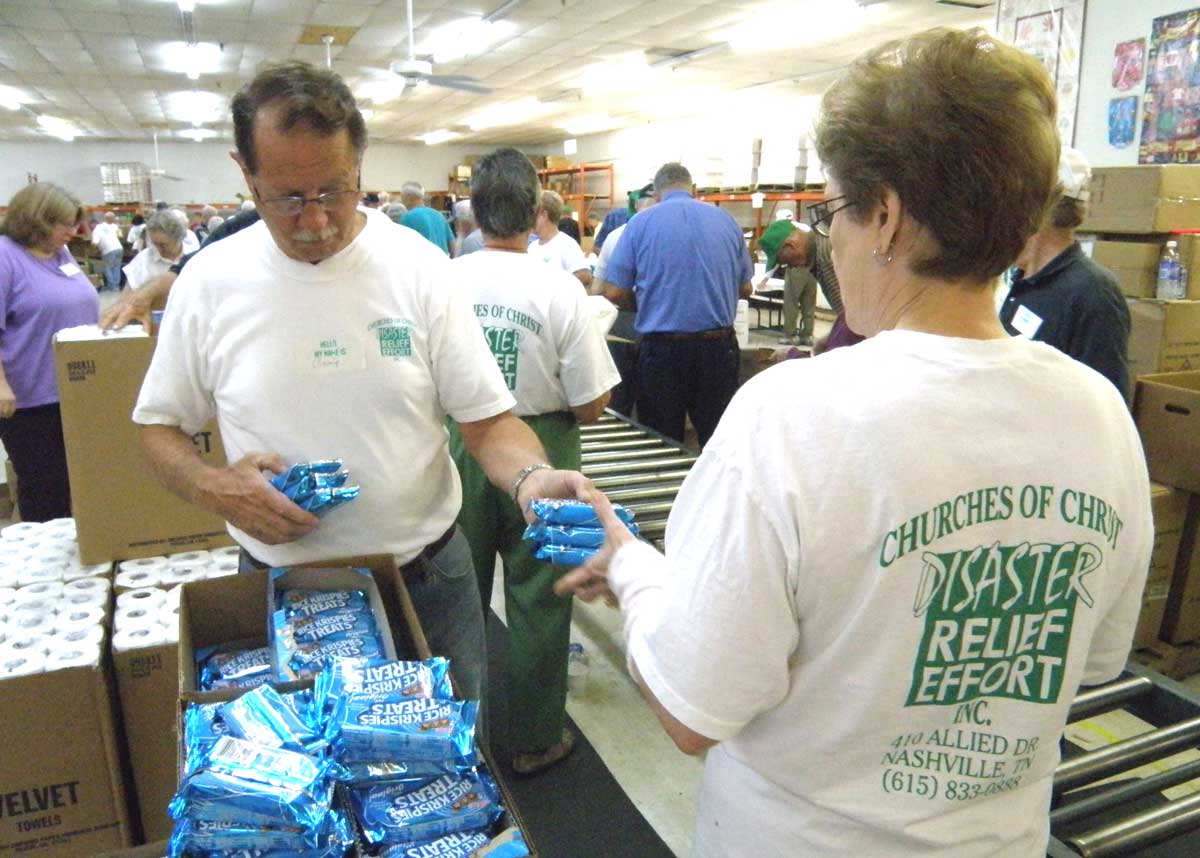 Volunteers with Churches of Christ Disaster Relief Effort sort food for victims of the 2010 Nashville flood. (Photo by Ted Parks)

It’s going to take a lot of work to rebuild. To learn more about how you can help, read our newly-posted editorial, “The true character of Nashville.”
We’ve been posting blog updates since the Red Cross first opened a shelter at Lipscomb University on May 2. We’ve also posted stories of damage and relief ministries.
Are you involved in Nashville relief? Were you affected? What has this flood taught you about your own faith? Please let us know.