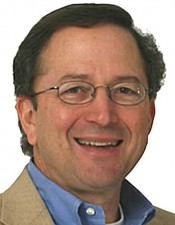 Erik Tryggestad
After 18 years of ministry, Mike Cope is leaving the pulpit of the Highland church in Abilene, Texas.
But he’ll only be a Heartbeat away.
In July, Cope leaves his position as preaching minister for one of the largest Churches of Christ in the nation to join Heartbeat Ministries, founded by longtime friend Landon Saunders. The nearly 40-year-old ministry uses radio, video and workshops to “bring abundant life to communities across the United States,” according to its Web site, heartbeat.org.
Cope will lead an initiative to reach young adults through new media, including social-networking Web sites such as Facebook and Twitter.
Although he’ll no longer be on the church’s staff, Cope said he and his wife, Diane, will remain active in the 2,200-member Highland congregation.
As part of the new ministry, Cope hopes to cultivate friendships and connect with faith seekers in the 18 to 29 age range.
“There are so many studies about how many people in that target group are leaving church,” Cope told The Christian Chronicle, citing surveys that show declines in religious affiliation — especially among young adults.
A recent survey by The Barna Group on generations and technology shows that younger age groups aren’t merely more tech-savvy than their older counterparts. They also “rely on technology to facilitate their search for meaning and connection,” according to a Barna news release.
Heartbeat will launch a Web site this summer and plans to use online distribution channels, including iTunes and YouTube, to create virtual communities for young people who have left the churches they grew up in — and those who have never attended church.
“For people the farthest away from faith, (this may) start as a gathering of friends willing to talk about values,” Cope said. “Ultimately, my hope is that these develop into Christ followers.”
Cope, 52, acknowledges that he and Saunders, 71, don’t seem like the most likely candidates to reach youths who communicate in a world of blogs, text messages and “tweets” posted to Twitter.com.
But the minister has a sizable online following. Cope’s blog, preachermike.com, has logged between 3 and 4 million page visits since its creation in 2003.
“I’ve always been a believer in the intergenerational power of the church, that people need spiritual grandmas and grandpas,” Cope said. “I want our churches to be healthy (and to have) awareness of people outside the walls of religion.”
Saunders, who lives in Norwich, Vt., said that Cope’s experience and skills “will be invaluable as we strive to use every facet of the new media to facilitate the formation and nurturing of small groups.”
Cope’s years of service to the Highland church have “spiritually formed all of us more into the image of Jesus Christ,” said David Wray, chairman of the congregation’s 40 elders.
“We anticipate deeply missing having him in the pulpit each Sunday,” Wray said, “but … we are excited about this next chapter in his life when his ministry will broaden as God uses him to take the gospel to the young adults of the world.”