MATSAPHA, Swaziland — “If we can get Matsapha under control, we can control the nation.” 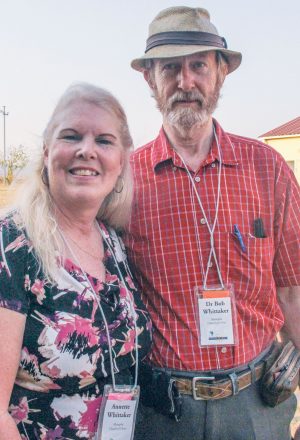 Annette Whittaker points to a map on her smartphone as she repeats those words — told to her by a public health official in this tiny kingdom in southern Africa.

She speaks at lighting speed — the southern California in her voice tinged with West African English — as she describes Matsapha, where she and her husband, Dr. Robert Whittaker, have served as missionaries for five years with the Mathangeni Church of Christ Clinic.

Matsapha is a densely populated neighborhood of young job seekers, factory workers, single mothers and their families. The community has the highest incidence of HIV in Swaziland — which itself has highest HIV prevalence per capita in the world. In 2016, 8,800 of the nation’s 1.3 million souls were newly infected with HIV and 3,900 died of AIDS-related illnesses, according to United Nations data.

Annette Whittaker has heard heartbreaking stories, including that of a young woman who routinely tested negative during her pregnancy, but tested positive three weeks after delivery. Weeping, she shared her her feelings of abandonment, her fears for her child. Her husband refused to take the HIV test.

Stop the virus here, in Matsapha, and cut the head from the serpent.

Listening to the quiet determination in Annette Whittaker’s voice, it’s easy to believe that she and her husband may do exactly that — with God’s help.

God, after all, is at the heart of the Whittakers’ ministry, begun more than 40 years ago on African soil — in countries thousands of miles apart, and thousands more from their new home in Swaziland.

For Annette, formerly Lumbleau, that call came at age 7, when the Los Angeles native resolved to dedicate her life to serving others — as a nun. But her beliefs wavered in her teens — partly, she said, because of the science and comparative religion classes she took at a Catholic high school. By age 19, she considered herself an atheist.

Through circumstances she can only describe as the work of God’s hand, she moved across the country to Kentucky.

“Three days after I arrived, I told my story to a young man who immediately invited me to the Christian Student Fellowship at Northern Kentucky University.” she said. “There I found people who not only attended church, but truly believed and had changed their hearts and lives as they read the Bible daily. A year later I was baptized and have never looked back.”

She earned a degree in math and joined the Peace Corps as a teacher, serving in Kenya. Her church’s elders helped her find missionaries there from Churches of Christ. She later earned a master’s in business from Abilene Christian University in Texas, auditing Bible courses as she studied. She returned to Africa to work with Chimala Mission, a ministry supported by Churches of Christ, where she taught school. 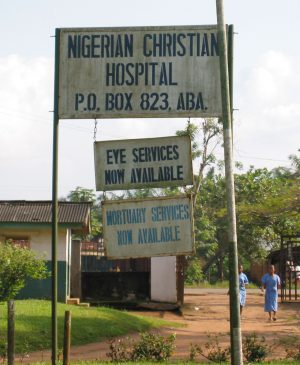 Bob Whittaker, meanwhile, was in West Africa at Nigerian Christian Hospital, another ministry supported by Churches of Christ.

He was born in Wales — in a house next to the birthplace of “Lawrence of Arabia” himself, T.E. Lawrence. As he studied in medical school, Whittaker explored the teachings of Hindu mystics, meditating and fasting. He knew he would soon be dealing with life-or-death situations, so he wanted to base his practice on solid faith.

One day, while cycling, he saw a flyer in the back window of a van advertising “Brother Winstanley’s Evangelistic Meeting.” Curious, he decided to visit.

The minister, Albert Winstanley, had planted Churches of Christ across the United Kingdom — and once worked as a hospital porter to support his preaching. On the day Whittaker visited, Winstanley preached about the conversion of the apostle Paul. The young medical student responded to the invitation and was baptized. 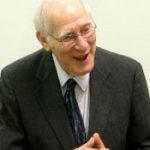 He went to Nigeria in 1975 after reading an article in a church publication, Firm Foundation, by Dr. Henry Farrar. Farrar, who had served at Nigerian Christian Hospital since 1964, encouraged fellow doctors to use their vacation time to work with him.

After two years of volunteering, Whittaker committed to long-term work in Africa. He studied at the Royal College of Obstetricians and Gynaecologists in England before returning to Nigeria to serve as Farrar’s successor.

A few years later, while attending a summer seminar in missions at Abilene Christian, Whittaker and Lumbleau met. Infatuated and intrigued by the parallels in their lives, they resolved to visit each other’s ministries. 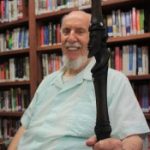 A year later, Whittaker traveled to Tanzania — to propose.

“I decided that if Annette was going to go to Africa whether she was married or not, that’s the kind of wife I needed,” he said, “so I went and got her.”

NEXT: A kidnapping turns a doctor into a patient at his own hospital

11 girls from Churches of Christ among the abducted in Nigeria

Among the nearly 300 students taken from a boarding school… 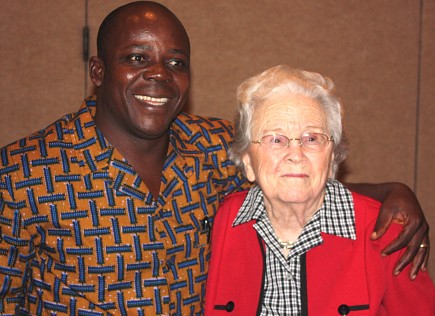 ‘My mother in America’

‘There you are!” Naomi Hunt yelled when she saw Sylvester…