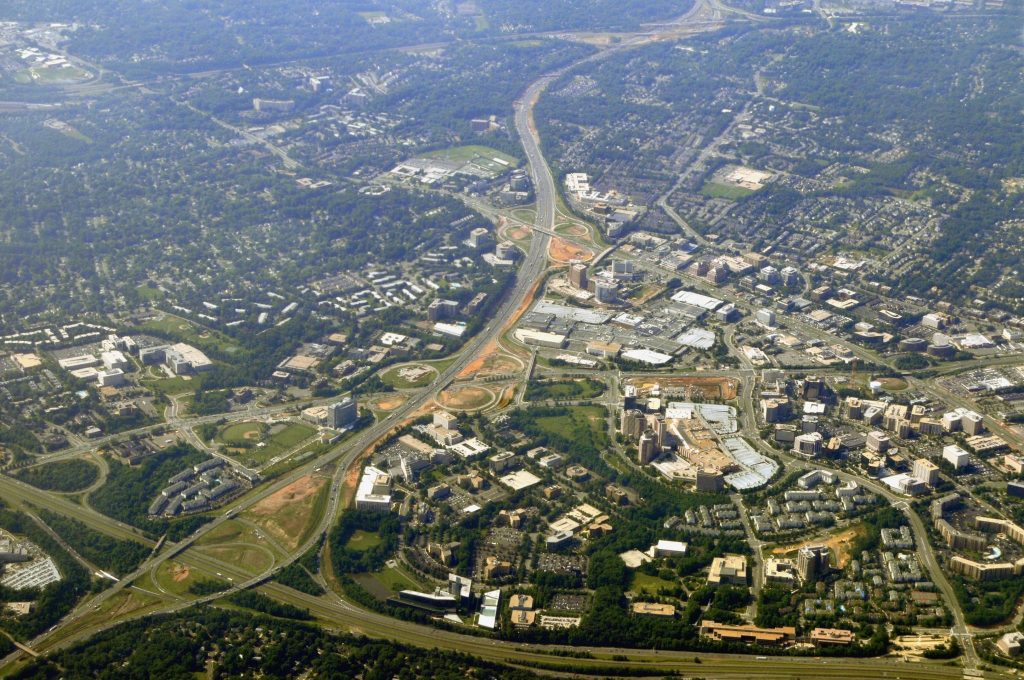 Every minute or two, the Metro trains that zip commuters to the nation’s capital 20 miles east of here screech to a stop.

Old ones scurry off.

In a similar way, the Fairfax Church of Christ stays in a constant state of flux: A political appointee works four years in the White House. An Air Force civil servant takes a three-year assignment at the Pentagon. A dot-com guru hones his skills for a few years in the Beltway version of Silicon Valley.

And then each moves on, either to tackle the next challenge or to escape the hard-charging, get-ahead lifestyle of one of the wealthiest — and costliest — places in America.

For most folks, this is a temporary stop on life’s highway.

“We don’t have many funerals,” said elder Bill McKelvey, a retired Army officer who works in defense consulting. “Most people don’t retire here.”

Such is the challenge— and the opportunity — of a congregation where about one-third of the nearly 1,000 people who worship each Sunday relocate every two years. And where young families with children under age 18 represent two-thirds of the membership roll.

That makes it essential, Fairfax ministers and elders said, to integrate new members quickly and take advantage of their God-given talents. It’s something that Black — and members interviewed by The Christian Chronicle — said the congregation does “exceptionally well.”

Emanuel Bates, a 17-year-old community college student, said his family fell in love with Fairfax after his dad’s Pentagon job brought them to the area from Ohio six years ago.

The Bateses came from a church of 200 people, so they were intimidated by Fairfax’s size, he said. But the congregation’s friendliness made them “fit right in.”

“Especially with the entire church, not just the youth group, if you come here, you’re a friend,” said Bates, whose father, Sam, is now one of Fairfax’s eight elders.

At a recent luncheon for new members, the elders showed their commitment to service by waiting on tables.

As member after member rose to introduce their families, most talked about how frequently they had moved because of a military or government job.

But elder John Holton, a retired U.S. State Department foreign service officer, topped them all. His winning tally: 27 moves in 35 years of marriage.

“Whether you’re here short-term or long-term, know that you’re needed and you’re a part of this congregation, this family,” said Holton, now a crisis management consultant for government agencies.

Holton, who drives a sleek black SUV with the personalized license plate “SHC&AWE,” said members’ varied backgrounds make for an “eclectic mix.” They come from the Bible-thumping South and the unchurched Northwest, from large congregations and small, liberal and conservative. Moreover, 20 percent of members have no past church of Christ ties.

As a result, Fairfax members “bring a lot of different ideas, different interpretations, different traditions,”McKelvey said. “So, that does offer a lot of challenges for us to practice patience and tolerance and continue to study, seeking the truth.”

The congregation itself combines progressive and traditional elements, Black said.

On the one hand, it has female children’s and youth ministers, sponsors dramatic productions, and recruits a worship team that sits on the front few rows, singing with individual microphones.

On the other hand, it observes the Lord’s Supper each Sunday, proclaims the necessity of baptism and allows only men to lead in services.

“We do try to havegood communication between the elders and the leaders and the rest of the congregation,” Paden said. “But a lot of it is the people themselves and the spirit that God has given to them to want to work together in spite of having people from all spectrums.”

Dan Owen, a government contractor whose family of five recently returned to Fairfax for the second time, said he has worshipped in a wide gamut of churches of Christ while moving12 times in 14 years.

“One of the reasons we like Fairfax is that it’s receptive to new ideas, but it still maintains the basic doctrines we hold dear,” Owen said. “And it’s very supportive of families and people in transition.”