Daughter of a pedophile preacher urges people of faith to speak up when they suspect abuse.

SOMERSET, Pa. — For so long, no one knew Alex Howlett’s name.

In 2011, she confided to her brother Jimmy Hinton that the man he followed into ministry — their father — molested her when she was young. But when the case made headlines, the identity of the victim who came forward remained confidential.

Jimmy Hinton, who preaches for the Somerset Church of Christ in this southwestern Pennsylvania coal-mining community, immediately reported their father to police. 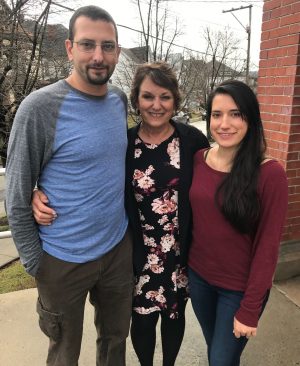 Alex Howlett, right, with her brother Jimmy Hinton and her mother, Clara Hinton outside the Somerset Church of Christ in Pennsylvania.

That prompted an investigation that resulted in John Hinton, who had filled the Somerset church’s pulpit for 27 years, pleading guilty to sexually assaulting and taking nude photographs of four young girls, ages 4 to 7. The pedophile preacher, now 69, is serving a 30- to 60-year sentence in a Pennsylvania state prison.

Now, empowered by the #ChurchToo movement, Howlett is telling her story. The 27-year-old abuse survivor talked with The Christian Chronicle about her role in bringing her father to justice.

Question: You’re the youngest of 11 children. I understand that you felt like you had a pretty happy childhood, but in 2011, you started having flashbacks reminding you of abuse that had occurred. What can you tell me about that?

Answer: At first I tried to shrug it off like, “Oh, that didn’t really happen.” You know what I mean? It was just bits and pieces. I didn’t have a full memory, so I couldn’t quite put it together.

Then in 2011 — I was 20 years old — my dad had asked me to help him babysit kids a couple times, take them swimming. It was the things that the kids had said that I got horrible bad vibes from. Then I knew that something wasn’t right. And that’s when I finally put it together that, “Yes, that did happen to me.”

The little bits and pieces that I remembered were real, and there was more. So I knew I had to do something about it right away to make sure it wasn’t continuing to happen to those kids or any other kids.

Q: Looking back, what kind of impact did the abuse that you suffered have on your life?

A: I struggled with anxiety and depression ever since I could remember. I had horrible insomnia as a kid. Like, I was afraid to go to bed or sleep in my own bed. 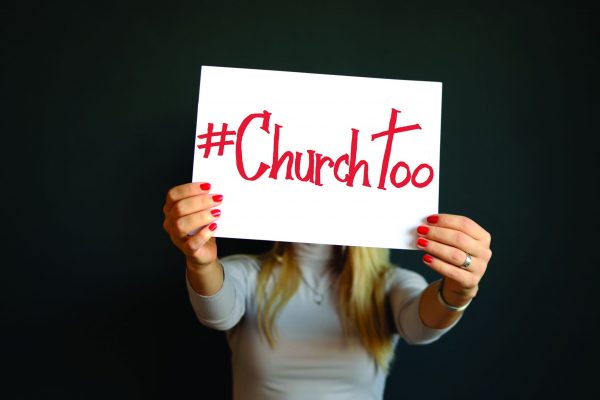 The #ChurchToo movement empowered Alex Howlett to share her own story.

When I was probably about 13 or 14 is when I had severe depression, and I just didn’t know why. I would sit at home, and I would just cry. But I couldn’t put it into words why I was feeling what I was feeling.

Looking back now, all of that makes sense. But since the memories were repressed, there was nothing coming up like, “Oh, this is why I’m feeling this way.”

Q: You first told your mother, Clara Hinton, about your suspicions concerning your father. Then you confided in your brother Jimmy Hinton. What do you remember about those conversations?

A: Once I suspected that my dad was abusing the kids that he had been babysitting, I started searching online for signs of a pedophile and what that would look like. I realized that he fit the description with the grooming. He was giving the kids special treats that they weren’t allowed at home with their parents, taking them to do fun things that maybe they normally wouldn’t be able to do and having them spend the night.

I also looked up signs of an abused kid and realized that I completely fit that profile — like all the things that I had struggled with. I was putting all these things together, and I knew I needed to tell someone.

“I was putting all these things together, and I knew I needed to tell someone.”

My mom was the first one that I went to. Eventually, we came up with a plan together that I was going to tell Jimmy, since my dad was still going to this church where Jimmy was preaching. So Jimmy is the one who ultimately brought about turning my dad into the police.

Q: Did you ever confront your father or talk to him about it?

A: No. I only saw him once after I knew that the investigation had started. There was a wedding of a family friend that a bunch of us in the family were invited to, and it was really awkward because I was seated at the same table with my dad at that wedding.

But I knew with the investigation, if I said anything to my dad that was angry or that confronted him about it, it would possibly risk the chances of the police finding evidence. Like, he would realize, “Oh, something’s going on,” and try to hide it.

That was the last time I saw him before he was put into jail. He’s tried to write me letters a few times since then, but I didn’t respond to his letters. 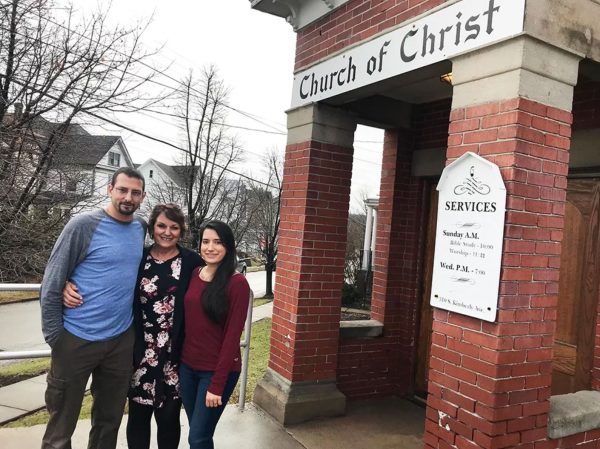 Q: So you don’t want any contact with him?

A: No. I just don’t think it’s good for my mental health because he’s extremely manipulative in his letters. He just makes it sound like he wants to be that good, loving father. But I know that’s not true, because if that was the way he was, he wouldn’t have done what he did. He wouldn’t have been abusing kids for 40 years.

The only reason he stopped is because he got caught. And I just don’t want to be in that head space of somebody who is trying to manipulate me and act like they’re a good influence on my life when clearly he’s the cause for many problems I’ve had throughout my life.

Q: Have you been able to recover, if that’s the right word, from some of this?

When I had first put it together, I had severe PTSD (post-traumatic stress disorder). I started having panic attacks pretty regularly. I was suicidal. I was severely depressed. I was in counseling. I was having nightmares.

But eventually, it was actually through yoga that I came to find my healing because of the mind-and-body connection. That was able to help me breathe and be more in the present and shut off the flashbacks when they came.

So it took a few years of where I was like severely depressed, but I feel OK now. I’m at peace with where I’m at, but I don’t see any need to talk to my dad again. I don’t think that will help anything. 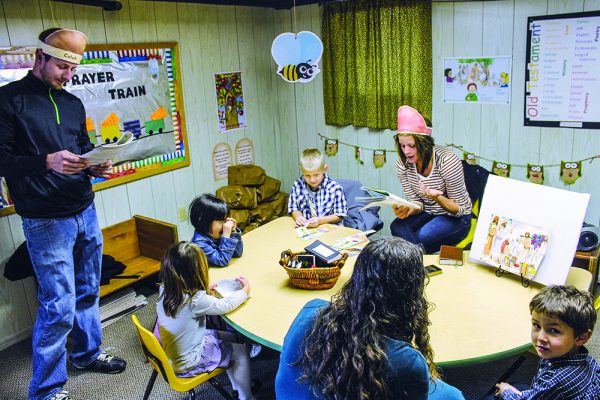 A children’s class at the Somerset church.

Q: What about church? What has this experience meant for your faith?

A: I was going to church at the time (in 2011). I had been kind of on the fence with my beliefs for years, and then that was what really made me start to question things and change my beliefs. I haven’t been to church now for about four years.

I mean, there are other reasons. That’s not the only reason. But that was a big part in questioning my beliefs, for sure.

Q: Do you have any faith at this point? Do you believe in God?

A: I’m not super worried about it. I don’t particularly believe in the God of the Bible, but I’m not ruling out the existence of God totally. I just feel it’s more important to be a good person, to help other people who are struggling, than it is to have a faith that’s not really backed by action, which was a lot of what I saw with organized religion.

Q: Is there a message that you would want people to take from reading an interview with you?

A: My biggest message is, if you suspect that abuse is going on, tell somebody. Don’t keep quiet. I don’t ever regret the decision of talking about what my dad did, because ultimately putting him in prison protected a lot of people moving forward.

I think that if he had never been turned in, he would have continued abusing kids until he died or until he could no longer leave home or whatever. The reason I started talking about this is just the hope that we can protect more kids.

“The reason I started talking about this is just the hope that we can protect more kids.”