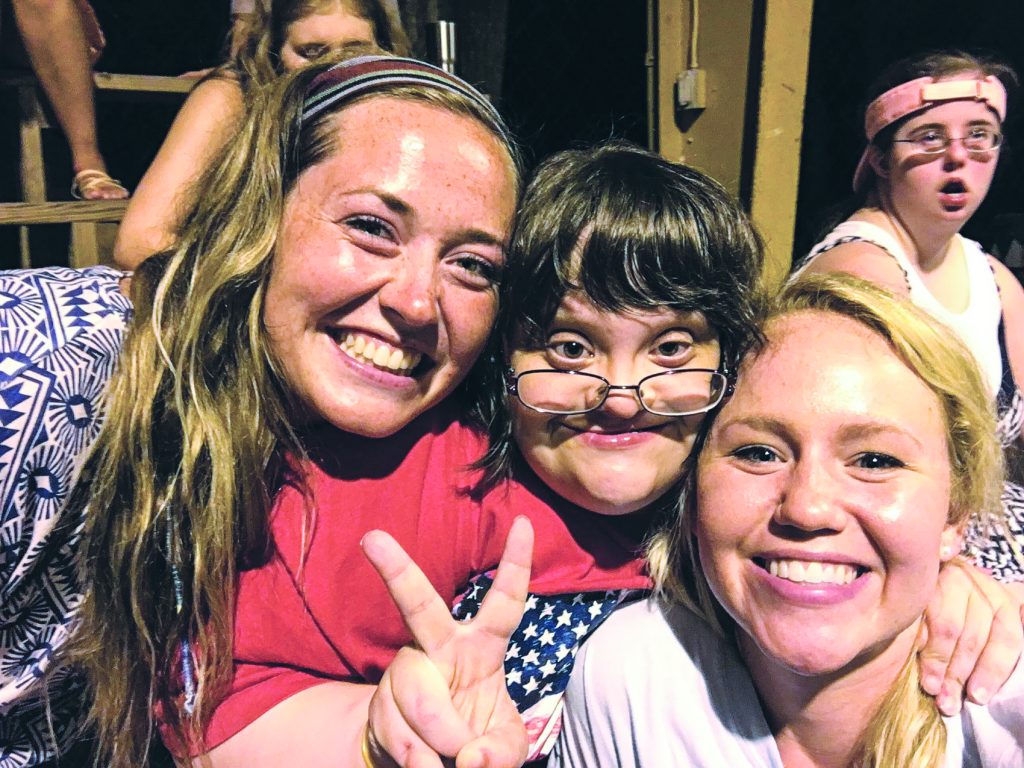 ‘This is heaven on earth, the way it should be’

Youths from four Churches of Christ committed to a week of dying to self as they served at Camp Barnabas, which provides summer adventures for special-needs children and young adults.

“I’m so thankful to see how these kids are treated and celebrated,” said Abbey Cartwright, a youth minister for the Southwest Church of Christ in Jonesboro, Ark. “This is heaven on earth, the way it should be.” 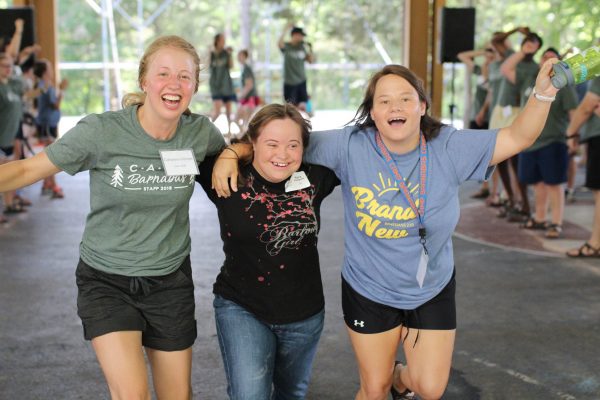 Learn more about this photo at www.campbarnabas.org

The work was hard, they said, but the music was loud and the spirited singing was energizing.

Volunteers ages 16 to 29, called Missionaries, worked one-on-one with campers, pushing wheelchairs or helping them walk, participating in whatever the campers wanted to do and helping them with eating and bathing if necessary.

“This is heaven on earth, the way it should be.”

At least three other Churches of Christ brought groups to serve at Camp Barnabas on different weeks.

The camp, which is not associated with Churches of Christ, gained national recognition a decade ago when the reality show “Extreme Makeover: Home Edition,” featuring carpenter and philanthropist Ty Pennington, rebuilt the camp founders’ home.

All this chilly weather ❄️ has us dreaming of summer! ☀️ Have you registered for camp yet? #CampBarnabas #Summer2018 #BrandNew

Seeing the joyous enthusiasm of the campers and volunteers, Pennington and his squad added a 40-bed bunkhouse to the project to house volunteers. They also created a media room to be used on rainy days and adapted a ropes course and zip line so they could be used by special-needs campers.

The national exposure led to more donations and more camper applications. In addition to the Teas Trail location, Camp Barnabas now operates a facility on a peninsula of Table Rock Lake in southwest Missouri that offers water sports.

Kara Corley from the Southern Hills church and Jeff and Michelle Mastick from The Hills came to serve alongside their children. All three volunteered as cabin parents.

Natalie Frederick, a student at Harding University in Searcy, Ark., worked as a staff member for the second year at Barnabas.

“Each of the mission trips is really great in different ways,” he said, “but the life transformation I have seen at Camp Barnabas seems to be more lasting.”

Cason Walden, a member of the Reidland church, was recently hired as an intern at Barnabas after working as camp staff for four summers.

Jason Allen, youth minister for the Golf Course Road Church of Christ in Midland, Texas, has taken students to Barnabas for 10 years. He also leads the youth group on various mission trips.

“Each of the mission trips is really great in different ways,” he said, “but the life transformation I have seen at Camp Barnabas seems to be more lasting. They learn sacrifice and selflessness on a completely different level. … I think they truly see God in a more visible way when they are encouraged to love the campers to such an extreme.”

His co-youth minister, Elizabeth Eckstein, added that the volunteers at Barnabas “are learning a lifestyle of service. They learn to put themselves second in a real way. It is more than a service project; it is a week that teaches them to love.” 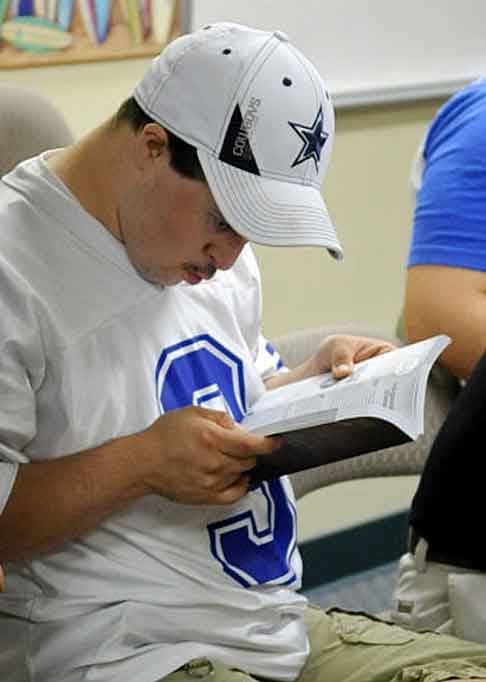 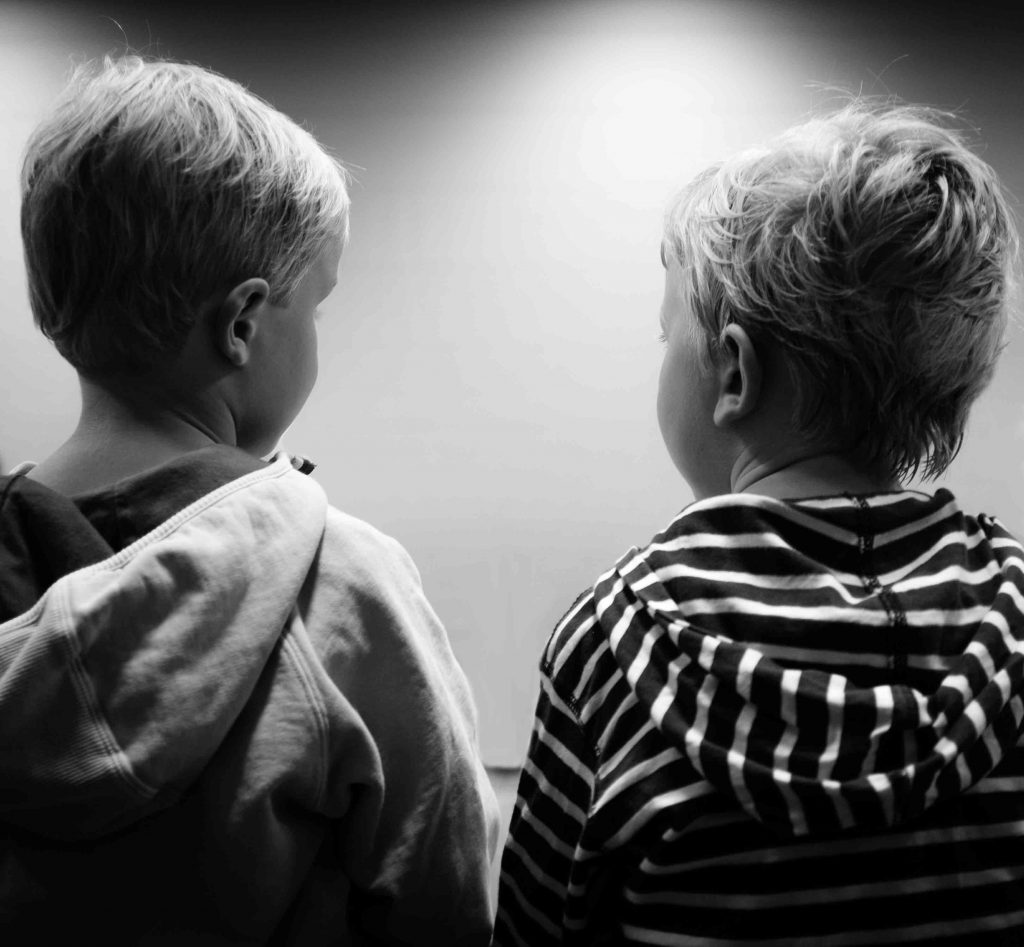 Taft Lawrence loves to go to Bible class, but that…