Carlus D. Page, 35, is eager to engage the faith of young adult Christians.

ST. LOUIS — Carlus D. Page sees a divide in the church — a generational one — and wants to bridge it.

Page, 35, serves as ministering evangelist for the New Heights Church of Christ in Biloxi, Miss. Since his arrival in August 2014, that multiracial, multigenerational congregation has grown from about 15 members to 85. 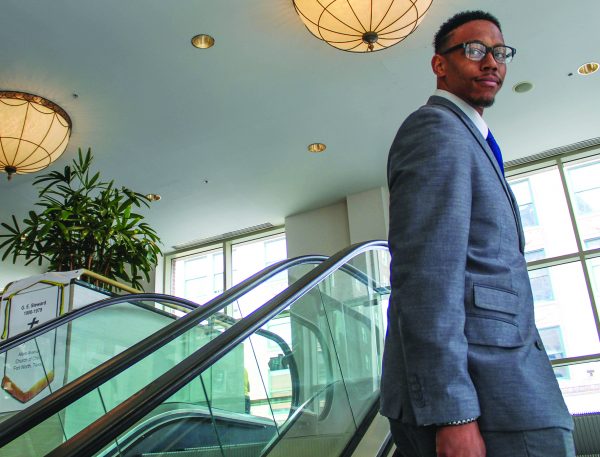 For the last few years, Page has organized the Millennial’s Reach Conference, conducted twice in New Orleans and once in Miami. The fourth annual conference is set for March 12-15, 2020, in New Orleans.

“Between the ages of 20 and 40 in Churches of Christ, there really isn’t a platform that is keeping our young adult Christians spiritually engaged,” said Page, who was baptized at age 8 and started preaching at 12. “So after they reach adulthood, they no longer can go to the National Youth Conference, and then most don’t come to the National Lectureship.”

Page visited with The Christian Chronicle during the recent National Lectureship, where he spoke on biblical approaches to social problems.

Answer: I’m kind of on the outskirts of millennials. So, seeing the way that a lot of people talk about leaving the church, I thought it would be a great idea to try to develop something, a platform, for our peers by our peers.

Q: Describe the focus of the conference.

A: It’s a three- to four-day conference. On the first day, we have a welcome event. Then on that Friday, we always do a community service event. 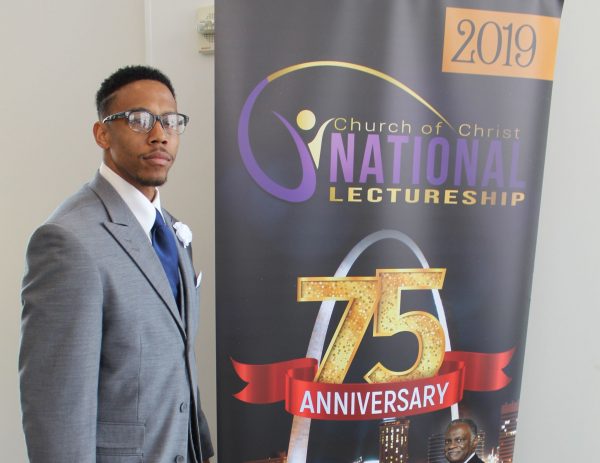 Carlus Page at the 2019 National Lectureship in St. Louis.

Q: Why do you see a need for such a conference?

“Our young adults are often neglected.”

Q: Is the conference geared toward African Americans or more diverse?

A: We want people of all backgrounds, any ethnicity and every generation. This is not necessarily a young adult conference within itself. It’s created by young adults to strengthen the young adult population. But all are welcome to attend.

Q: You’re one of the younger speakers at the National Lectureship. What will it take for this event to keep thriving?

A: I think, as we can see, the average attendee is over age 45. In the next 30 years, if we don’t see a young adult group coming along that’s attending the lectureship, then I believe this vision will fade away. We have to be intentional about bringing in the next generation and passing the torch to them.

Q: What is the importance of an event like this for African American congregations?

A: I think it’s more heritage than anything. I would like to see the Church of Christ come together over racial lines to have an event where it’s not a Polishing the Pulpit that’s predominantly Caucasian and not just the National Lectureship that’s predominantly African American.

“We need an event, a conference, a lectureship that’s for all Churches of Christ, that is for all people.”

We need an event, a conference, a lectureship that’s for all Churches of Christ, that is for all people. Because the world is looking at us. We are on display, and this is the only glimpse of Jesus that some people get.

So I believe that the National Lectureship, of course, is rich in culture and heritage. It was a beautiful vision that was given 75 years ago.

As we move forward, we don’t necessarily need to change it. But we also need to start looking at the bigger picture, to start fellowshipping across racial boundaries and generational boundaries.

ST. LOUIS — For 75 years, the National Lectureship of…