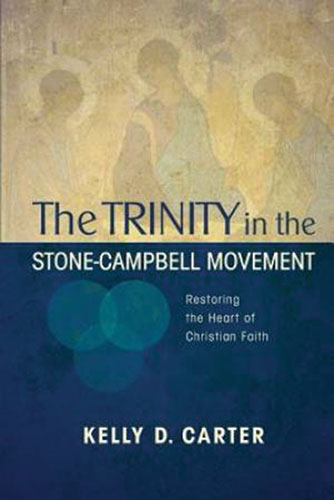 The Trinity: Not a ‘big deal’ in Churches of Christ?

Darren Williamson
“One thing I like about your church is that you don’t make a big deal about the deity of Christ.”

I was taken aback when I heard those words, spoken by a visitor to our congregation several years back as we talked about distinctive beliefs and practices.

I definitely do believe Jesus is a fully divine member of the Holy Trinity, but the conversation illustrated an important truth in Churches of Christ: outsiders often misunderstand our beliefs on the Trinity.

As I read Kelly Carter’s “The Trinity in the Stone-Campbell Movement: Restoring the Heart of Christian Faith,” I became more and more convinced that this outsider indeed made a profound observation: our brotherhood has made a peripheral issue of one that should be at the center of our faith. 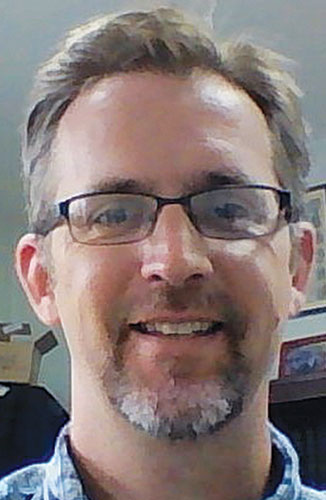 In Print | Darren Williamson
Carter, who has decades of ministry experience and a doctorate in theology, is uniquely qualified to write this book. He is a congregationally-based theologian whose work demonstrates a heartfelt devotion to Churches of Christ and a passionate desire to see our fellowship flourish.

Carter’s thesis is that we in the Restoration movement have a longstanding avoidance of explicit teaching about the triune nature of God. This problem can be traced directly back to the writings of Thomas and Alexander Campbell and Barton Stone, who laid the foundation for our tepid Trinitarianism. In Carter’s view, we must correct this theological weakness, and in so doing we will be enriched as a people and better able to navigate the identity issues that currently face us.

The seven-chapter book is balanced between descriptive and prescriptive material. The historical heart of the book is chapters two through four, where Carter expertly analyzes the writings of the founders and contextualizes their conclusions. Carter demonstrates that the Campbells were very much in line with an orthodox understanding of the Trinity.

The typical approach of Alexander Campbell was to argue for the doctrine of the Trinity without actually using the non-biblical verbiage (such as “trinity”) that characterized the historic debates and led to unnecessary division among Christians.

Stone, however, is a different story: he contended that Jesus was “not the only true God.” For him, the idea of co-eternal Father and Son was illogical and unbiblical, whereas Campbell understood it as a mystery that corresponds well with biblical revelation. Campbell was concerned about Stone’s belief and sought to clarify his meaning, but ultimately did not consider it a point that should keep the two movements apart.

Ironically, since Campbell was genuinely devoted to the full deity of Christ — and wrote eloquently and passionately about it — this willingness to combine forces with someone with a seemingly deficient Christology may have sent a message to later generations that this issue ultimately was not a “big deal.”

Carter goes on to marshal historical evidence for a general neglect of the doctrine, as seen in the scant attention given to the Trinity since 1850 in Restoration movement literature. He believes that most adherents in Churches of Christ are indeed Trinitarians but have simply overlooked the doctrine and remained aloof from discussion of its importance.

But, according to Carter, the time is now ripe for us to embrace a restored and robust Trinitarianism, and he provides an ambitious 10-point proposal for how we can make it happen.

Carter outlines ways that biblical scholars and theologians, college administrators, journal and newspaper editors, lectureship organizers, church educational directors and other congregational leaders all have a role to play in restoring the Trinity to its rightful place in our theology.

“The Trinity in the Stone-Campbell Movement” is a thoughtful, stimulating read that is historically informative and worthy of serious attention. Its sometimes wordy style and the complexity of the subject will make it a challenge for the average reader, but those who tackle the book will be greatly rewarded. They will understand better their theological heritage and, in the process, be personally enriched by meditating deeply on a subject that truly is at the heart of Christian faith.

DARREN WILLIAMSON is preaching minister for the Keizer Church of Christ in Oregon. He is an adjunct instructor at George Fox University and director of the Campbell Institute for Theological Education, a ministry offering accredited courses in Bible to college students in Oregon’s Willamette Valley.