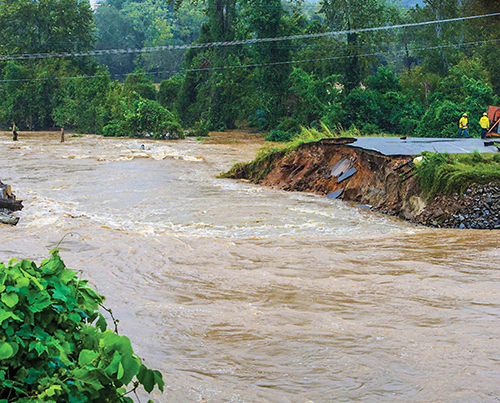 The rains came down

And, as floodwaters rise, churches in South Carolina respond with care packages and Christ’s love.

Katie Jones
Churches of Christ are responding to a thousand-year flood in South Carolina with thousands of meals — delivered by hundreds of helping hands.

“No one ever imagined having this much rain, so people have been really devastated,” said Mike Hollis, preaching minister for the Palmetto Church of Christ in the state’s capital, Columbia.

“I took food to an apartment complex, and a lady receiving it was in tears, thanking us for it,” Hollis said. “Most of that apartment had been underwater.” 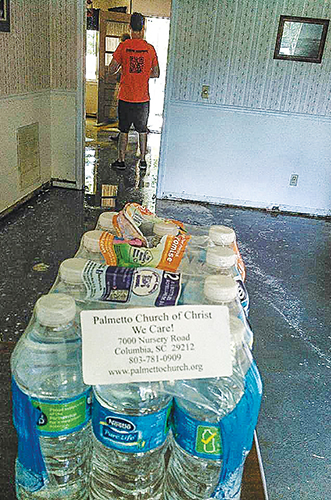 Church members help remove floodwater from a home in Columbia, S.C. — and leave drinking water behind. (PHOTO PROVIDED BY DISASTERASSISTANCECOC.COM) Five days of downpour, fueled by Hurricane Joaquin in the Atlantic, brought more than a foot of water upon the city. Across the state, storms claimed at least 19 lives.

Hollis and fellow church members delivered 600-plus meals to victims during their first day of relief work — and hundreds more in the days that followed.

Churches of Christ in the area, including the West Columbia, Sunset Boulevard and Long Creek congregations, are partnering with the 250-member Palmetto church.

Members of the Gateway Disaster Response Team in New Jersey, who helped their community recover after Hurricane Sandy in 2012, traveled to Columbia to help, as did a church group from Lakeview, Texas. They plan to assist homeowners as they clean away storm debris and de-muck their houses. As homeowners rebuild, church members will help with carpentry, plumbing, electrical, masonry and painting needs.

“This is not going to be over in a week, two weeks or even a month,” Hollis said. “This is something we’ve never seen before. Even though we didn’t have all of the things that come with hurricanes, the effects of it have been just as devastating.”
NEW WOES AND HOPE FOR CHARLESTON
Unfortunately, receding floodwaters in Columbia mean more troubles for cities along South Carolina’s coast — including Charleston. 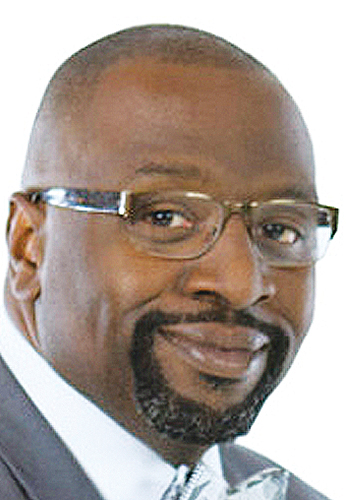 Johnson“All the water from (Columbia) is flowing down the rivers to us, so we’re not done,” said David Johnson, senior minister for Harvest Pointe Church of Christ in North Charleston. “I think the recovery in this area is going to take a while because some of the main roads have disappeared.”

The church launched “Operation Restore Hope” in partnership with congregations including the Summerville Church of Christ, about 30 minutes north of Charleston. Workers with Florida-based Churches of Christ Disaster Response Team are assisting.

Much of the flooding occurred in “non-flood zones” where residents don’t have flood insurance, Johnson said. Many families “lost everything they have,” he said, “and their regular insurance isn’t going to cover it, and they still have a mortgage to pay.”

Even those renting homes are struggling to replace their belongings, Johnson said. Church members hope to restore older homes in their community and transform them into affordable housing. 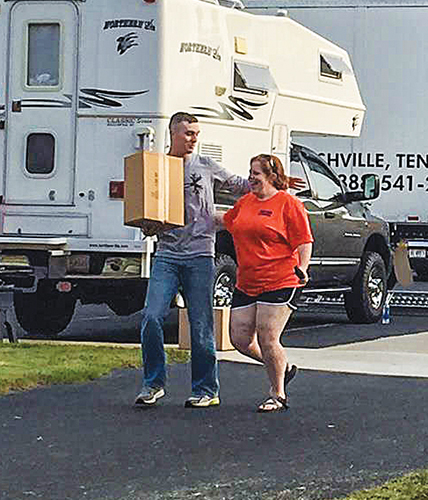 Then on June 17 a white gunman opened fire during a Wednesday night Bible study at the Emanuel African Methodist Episcopal Church in Charleston, killing nine people.

Add to that mix a devastating natural disaster, Johnson said, and “you’re going to have people who have emotional issues from this for a while.” The city’s tragedies emphasize the need for Christ followers to deliver more than just cleaning supplies and food, he added.

“This is the time for us to be the church, not just talk about it,” Johnson said. “If we can go into the communities and show love, then that is the best gospel sermon we’ll ever preach.”