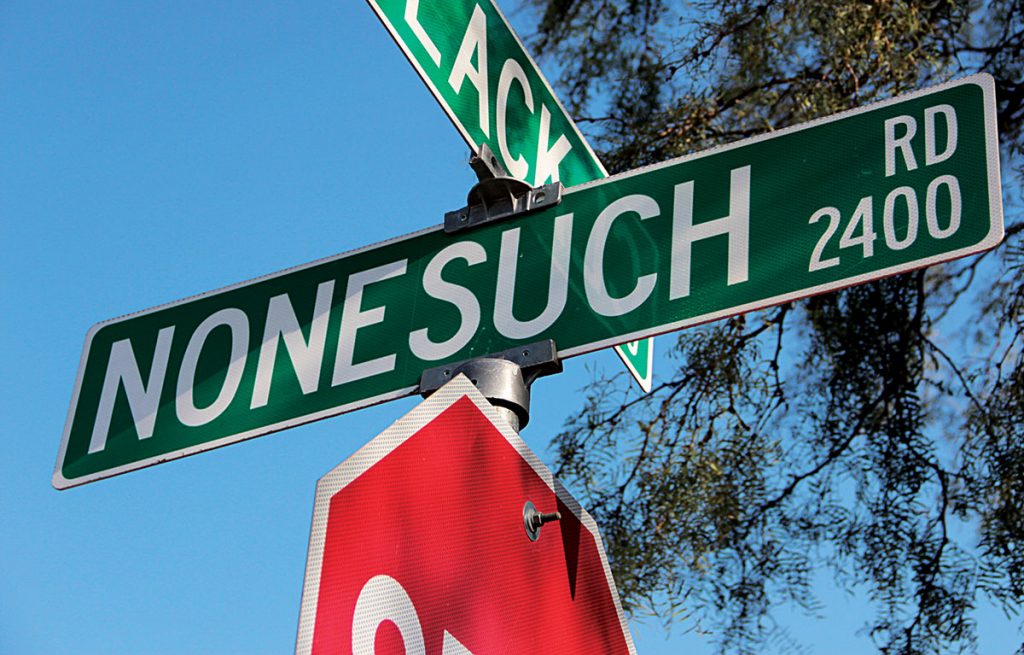 The people of Nonesuch Road

Aunts, uncles and cousins — some related by blood and others given the titles ceremonially — chat and laugh in their native tongue as they sit on the cramped living-room floor. The sofa is reserved for the honorary mothers, Pat Cranfill and Pricilla Browder, members of the Southern Hills Church of Christ.
In the 100-degree, West Texas heat, box fans and a steady stream of children running in and out of the room provide a stale breeze.
Lamgadey’s wife, Lachi, sets a tray of cookies and tiny cans of Coca-Cola before the guests. She joins her husband on the floor — despite the guests’ insistence that she sit with them. She’s six months pregnant with their fourth child — who will be their first born in the U.S. 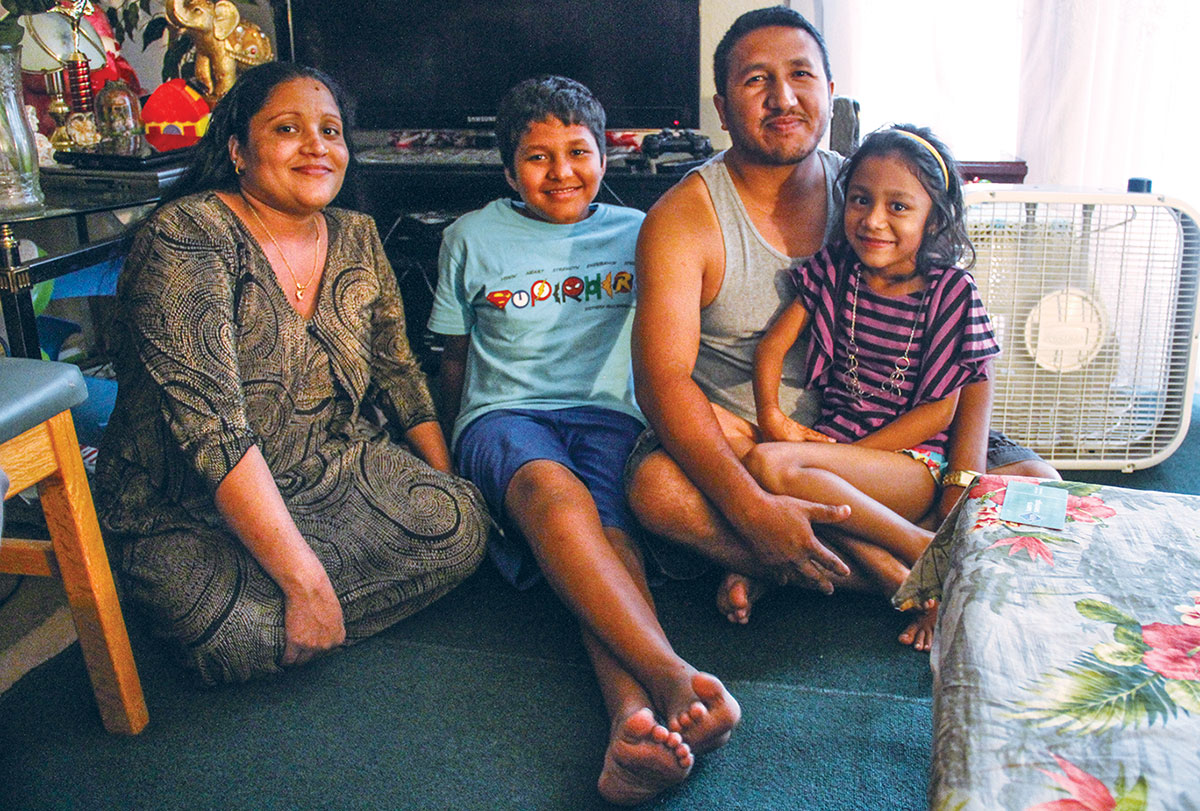 Lachi and Purna Lamgadey with children Dipendra, 11, and Dibya, 6, in Abilene. (PHOTO BY ERIK TRYGGESTAD)

Decades ago and half a world away, the family was expelled from their homeland in Bhutan, a remote kingdom in the Himalayas. They were Hindus, descended from the people of Nepal.
The Bhutanese, mostly Buddhist, forced them to work for the government without pay, denied them access to hospitals and threatened to take their family’s ranch, Purna Lamgadey says.
They fled at night, finding refuge at a camp in eastern Nepal. There, they spent 18 long years, packed into thatched huts among thousands of their countrymen.
“I killed a lot of cobras in Nepal,” Purna Lamgadey says. Poisonous snakes claimed hundreds of lives in the camp. One of his relatives was trampled by an elephant.
Five years ago, the family joined the ranks of the “homeless, tempest-tost,” those “yearning to breathe free,” as the poem inscribed on the Statue of Liberty reads. The nonprofit International Rescue Committee resettled them in the humble apartment on Nonesuch Road.
It’s an oddly appropriate address for “people without a country,” as Cranfill calls them. Here, they struggle to find jobs, pay rent and taxes and prepare for the U.S. citizenship test. 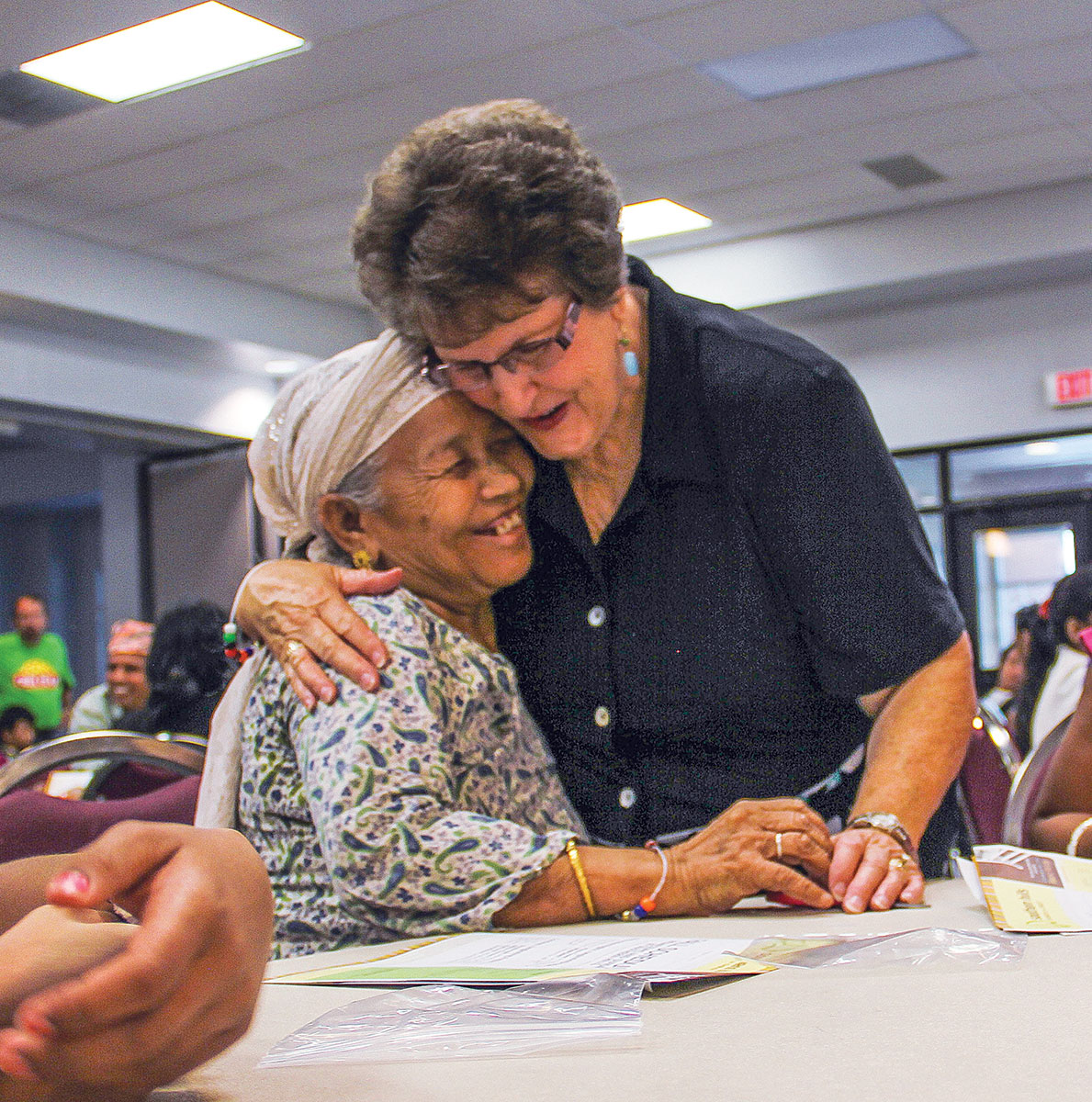 But here they have hope.
Their children have a future.
And, thanks to people such as their honored guests, they have Christ.
“I found the real things in the Bible. I found the truth,” says Purna Lamgadey, one of more than 40 Bhutanese baptized by members of the Southern Hills church. The congregation offers classes
The congregation offers classes to help the refugees improve their English, using curriculum from a church-supported ministry, Let’s Start Talking.
“Christians help each other,” says Bom Thapa, another Bhutan native who lives in an apartment near the Lamgadeys. As he studied the Bible through the courses, he decided that Hinduism had “too many gods” and “too much war.”
“When I become a Christian, everything is better,” says Thapa, still working to improve his English. He and his wife, Khina, also spent 18 years in the Sanischare refugee camp in Nepal.
Since his baptism, he no longer has nightmares about being devoured by snakes, he says. He’s excited to share his faith with others living in exile.
Cranfill warns the new Christians that the challenges don’t evaporate with baptism. She urges them to persevere.
“God has plans for them,” she says.

‘THE MISSION CAME TO ME’
Cranfill’s home is 15 minutes east of Nonesuch Road, in a well-manicured subdivision. There, over glasses of iced tea, set on coasters bearing pictures of her grandchildren at Disney World, she chats with Browder and another church member, Frosty Summer, about the “God moments” that led them to work with the refugees.
The ladies were up late the previous night, calling the Bhutanese mothers to get their children’s updated shoe sizes for the Salvation Army, which gives out free footwear at the beginning of the school year.
For Cranfill, a 71-year-old widow who lost her husband 15 years ago to pancreatic cancer, her ministry began in the parking lot of a Hobby Lobby, when two Bhutanese women asked her for directions to a bus stop. Instead, she gave them a ride to the mall to buy pants. 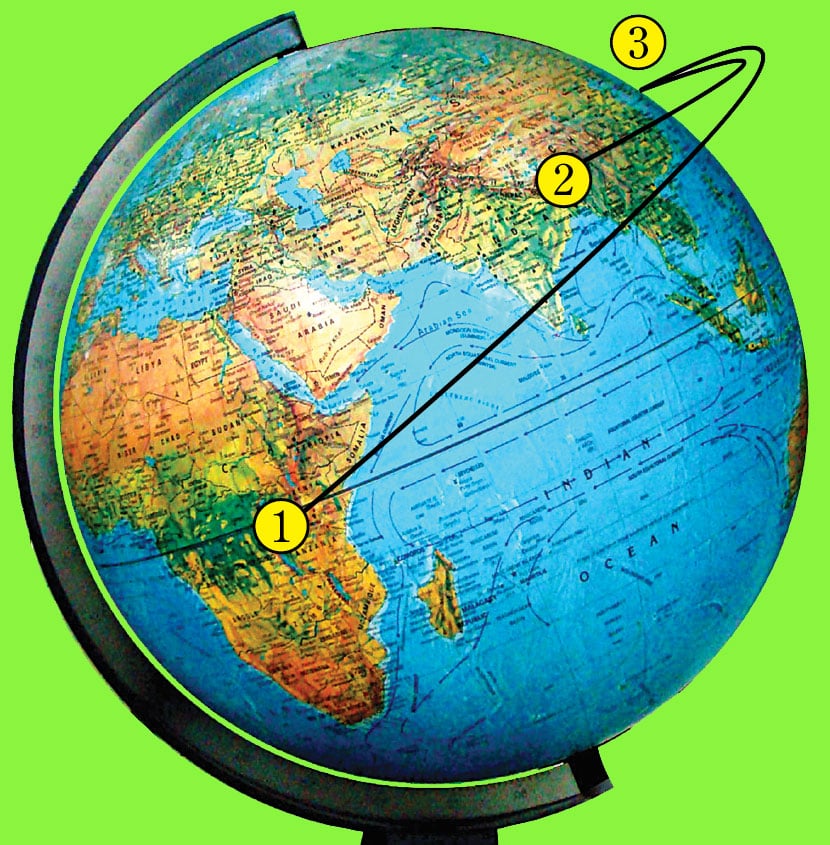 Click to learn more about the nations of Bhutan and Burundi and the International Rescue Committee.
“I’ve been a foreigner,” says Cranfill, who has traveled in Africa and around the globe. “I know what it’s like when you don’t know where you’re going.”
Since that meeting, she and her friends have burned untold gallons of gas driving the Bhutanese to doctor appointments, job interviews and church. She teaches them to cook using a stove — something few of them have seen before.
Most never have driven a car, much less used a Global Positioning System to find their way. They could use some volunteer driving instructors, Cranfill says.
The Southern Hills church provides vehicles and funds to help buy furniture and other necessities for the refugees. But the ladies wish more of their church’s 1,400 members would get personally involved in the ministry.
“If you’ll get in there and get to know them, you’ll fall in love with them,” Browder says.
Ken Austin, a Southern Hills member who serves in the Air Force, was “drafted” into the refugee ministry two years ago, he says. On Sundays, he drives a church van and picks up the Bhutanese for Bible class. He also helps teach the immigrants.
“I wanted to do mission work, and, when I got here, the mission came to me,” he says. “I’ve been learning just as much as they have. The Good News is really good news to them.” 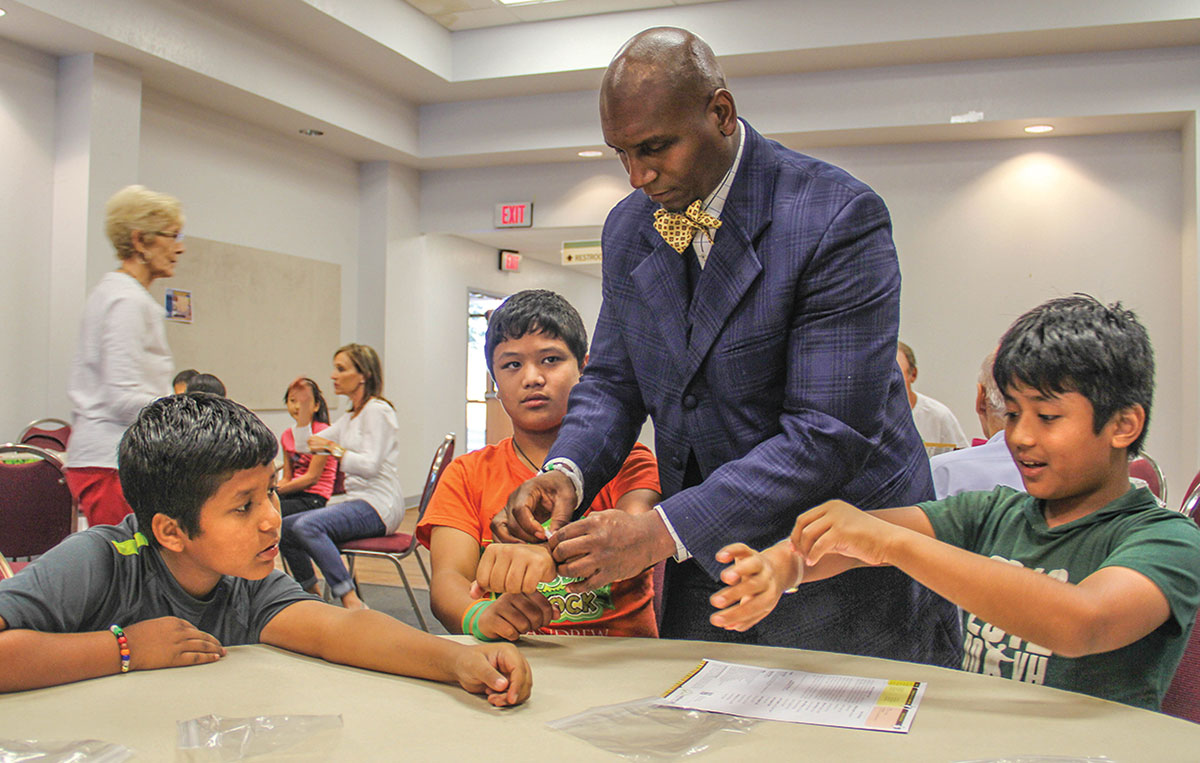 A HEART FOR AFRICA’S PERSECUTED
Across Abilene, houses of faith have adopted refugees brought to Texas by the International Rescue Committee.
During Sunday worship, members of the South 11th and Willis Church of Christ read Scripture in English and Kirundi, the language of the East African nation of Burundi. The small church serves eight families — and more than 25 children — who fled ethnically charged conflicts in Burundi and Congo.
Their presence adds gravitas to minister Curt Niccum’s sermon on 1 Thessalonians, in which the apostle Paul urges Christians to “rejoice always, pray continually and give thanks in all circumstances” despite persecution.
“There are bad things that happen to really good people,” Niccum says. “There are people here who have lost limbs, people who have lost family.”

Domitien Nibizi
Domitien Nibizi is among them. A former officer in Burundi’s army, he was nearly killed by a land mine during his country’s civil war.
“From this conflict, I lost my two legs,” he says, tapping on the plastic and metal prosthetics on which he walks.
Nibizi came to Texas as a student, not a refugee. He studied at Abilene Christian University and earned master’s degrees in human resources and conflict resolution. He also studied Scripture with church members and was impressed that “everybody has the Bible, everybody reads the Bible,” he says. He was baptized in 2005 and now serves as an outreach minister for the 200-member South 11th and Willis church.
As he helps transplanted families from Africa, he hopes to use his training and Christian faith to bring healing to his homeland, recovering from decades of destructive conflict. Using faith-based principles, “it will be very easy for our reconciliation and peaceful cohabitation in the future,” he says.
As for his church’s outreach, “they are very, very sensitive to the immigrant,” he says. “They help the refugees; they are their mentors.”
Most importantly, they show the love of Christ, he says. In neither English nor Kirundi, “I don’t have the appropriate expression I can use for the church.” 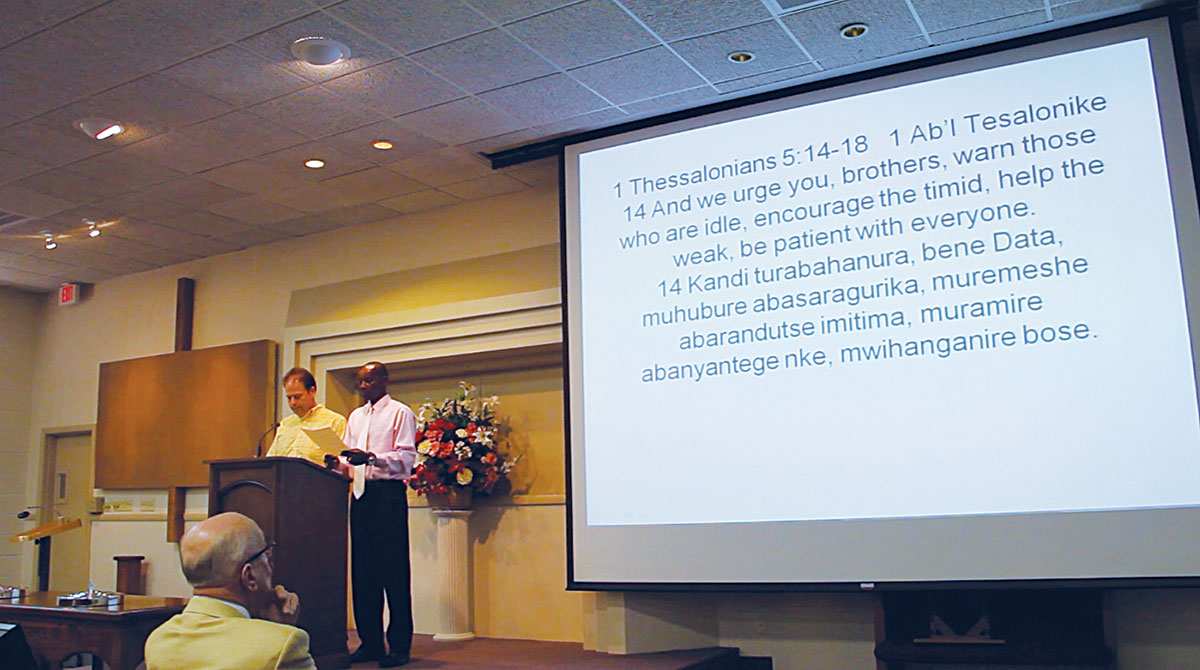 During Sunday morning worship at the 11th and Willis Church of Christ, members hear Bible verses in English and Kirundi, read by church member Arthemon Sindayigaya of Burundi. (PHOTO BY ERIK TRYGGESTAD)
LONGING FOR HOME
Back on Nonesuch Road, 20 Bhutanese Christians and their neighbors squeeze into an apartment, rented by the Southern Hills church, for Bible study.
The teacher, David Peterson, draws a cross on a white board and discusses the nature of Christ — how he could be “100 percent God and 100 percent man.” 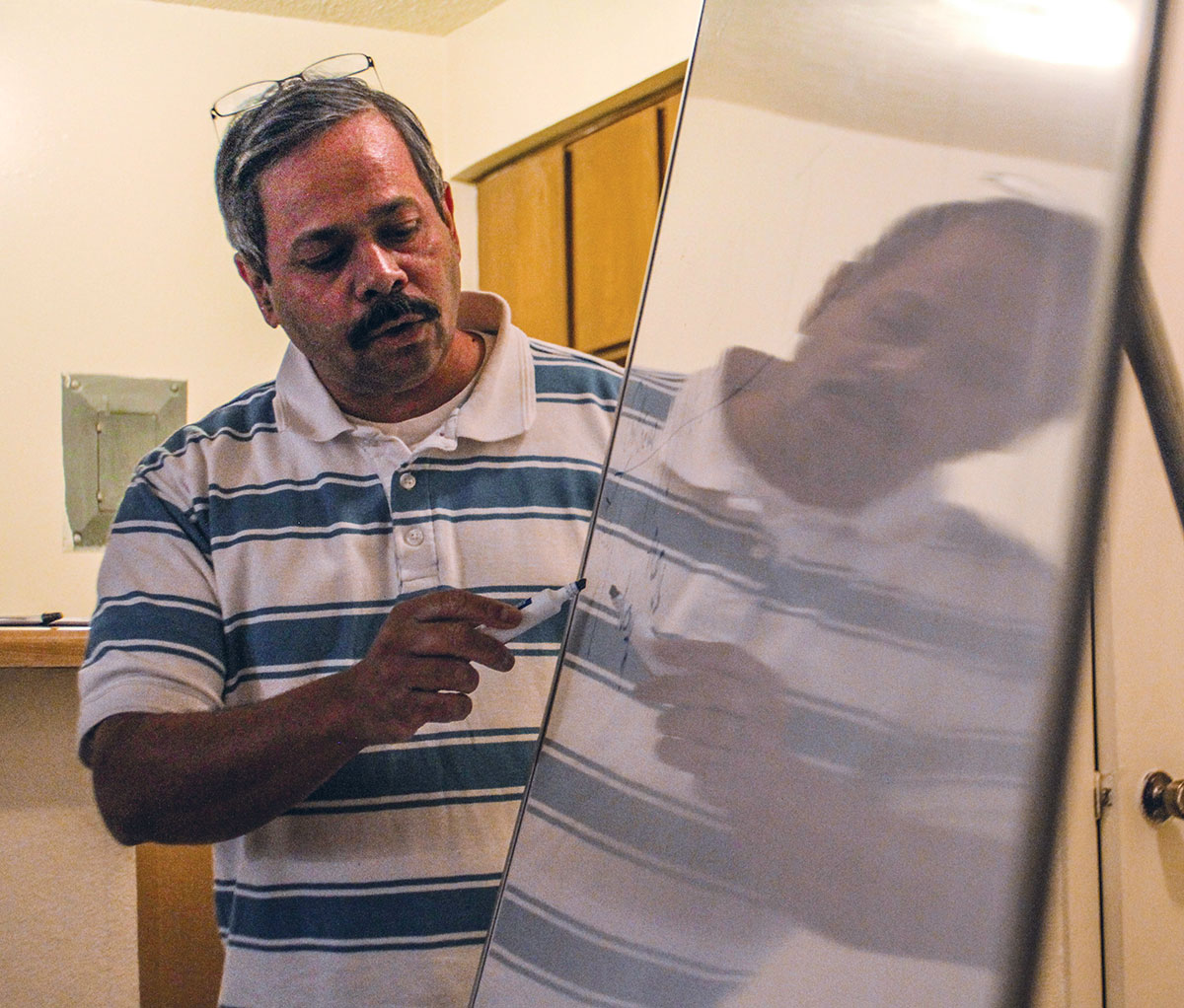 David Peterson teaches refugees from Bhutan about the nature of Christ — in English and Hindi. (PHOTO BY ERIK TRYGGESTAD)
Peterson, minister for a Church of Christ in nearby Clyde, Texas, floats between English and Hindi, a tongue similar to the dialect of his students, as he teaches. A native of Mumbai, India, Peterson gladly makes the 20-minute drive to Abilene to teach the weekly class and conduct one-on-one Bible studies.
“God has placed this mission here,” he says. “We don’t have to go to Nepal to do it.”
Gauri Rasaily lingers after class to chat and help straighten the apartment. He was 5 when he left Bhutan and, like the others, spent 18 years in the Nepal camp. There he became a teacher and learned Western classical music.
He studied the Bible in Abilene and was baptized Jan. 6, 2010. He worked with the disabled at the Abilene State Supported Living Center until recently, when he got a job detailing cars at a Toyota dealership. In his spare time, he composes songs about Jesus.
He doesn’t know if he’ll ever return to Bhutan, or truly feel at home in the U.S.

“But one day I’ll be in my eternal home,” he says. “It’s just like a GPS, you know? One day I will reach my destination.”

Meanwhile, “this is a good place for me to struggle.”

• MAP: From Burundi and Bhutan to Texas 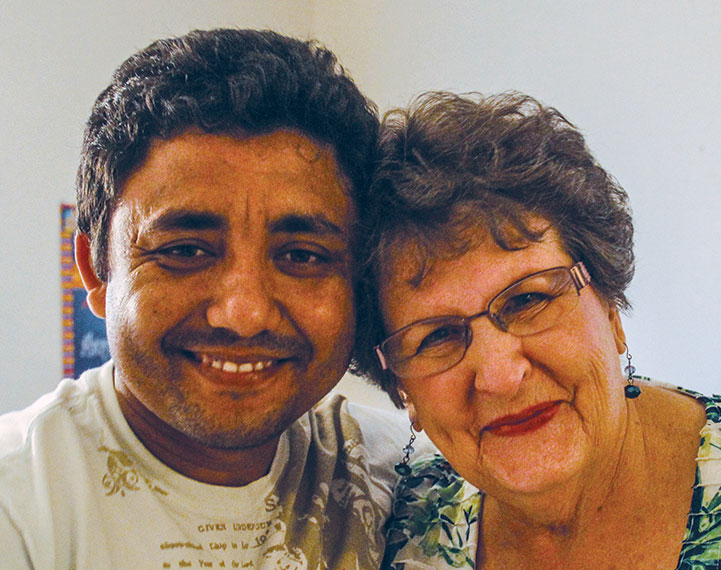