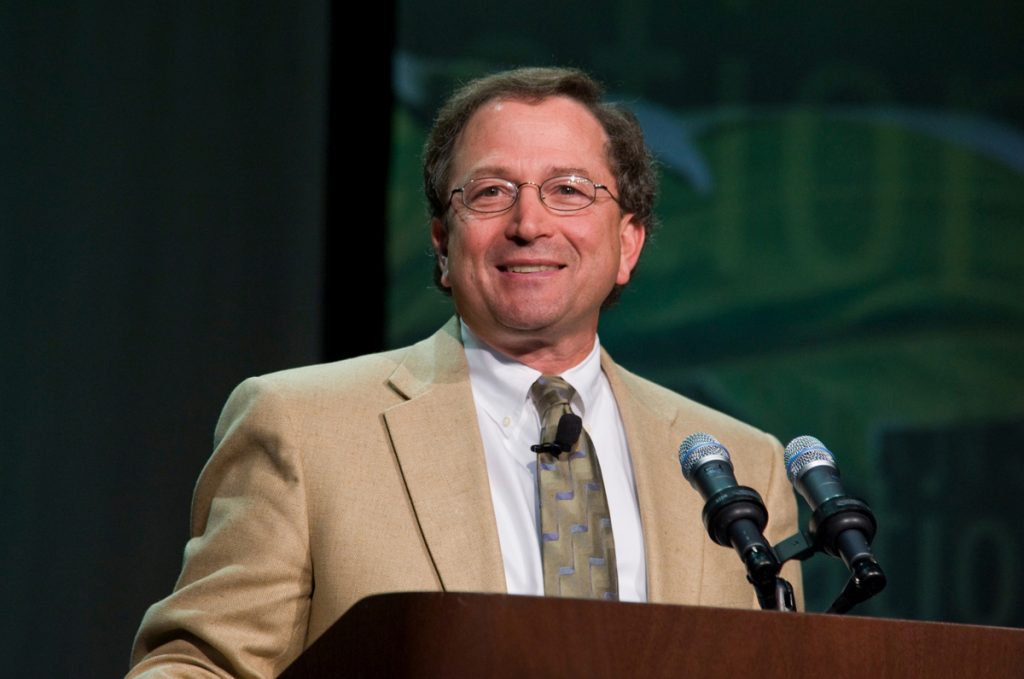 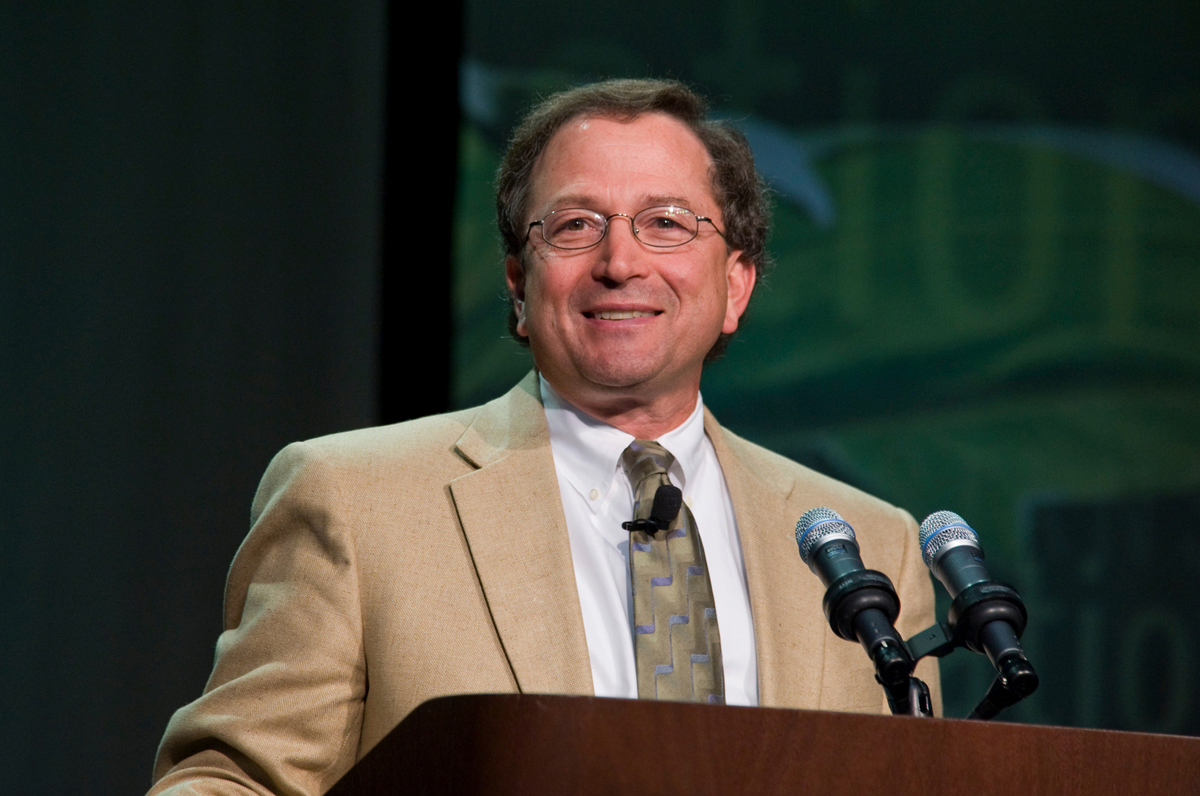 For 30 years, the name Jerry Rushford has been synonymous with the Pepperdine Bible Lectures in Malibu, Calif. — one of the largest annual gatherings among Churches of Christ.
After the 2012 event, though, a new leader will assume the director’s duties.
His name may be just as familiar, though, as he’s delivered the keynote address at Pepperdine more than any other speaker: Mike Cope.
Pepperdine President Andrew K. Benton also announced that Rick Gibson, associate vice president for public affairs and chief marketing officer, has been appointed vice president for public affairs and church relations effective Nov. 1.
Cope, former longtime minister of the Highland Church of Christ in Abilene, Texas, discussed his opportunity to direct the Pepperdine lectures in a Q&A interview with The Christian Chronicle.
Q: How difficult will it to be to follow Jerry Rushford in this new role?
A: “For a couple years, my friends and I have said many times, ‘Who’d be crazy enough to follow Jerry?’ Turns out I’m that guy. I certainly intend to learn as much as possible from him. I told Jerry I’d be the one breathing over his shoulder at the 2012 lectures.”
Q: What excites you about the opportunity to direct the Pepperdine Bible Lectures?
A:  “I’ve spoken at the Pepperdine Bible Lectures every year beginning in 1986. It’s been a highlight of each year during that time. I’ve enjoyed teaching and preaching there — but I’ve also been blessed by what I’ve heard and by connections with friends. I’m excited about continuing to help provide stimulating conversations and opportunities for spiritual encouragement to Christians from all around the world.”
Q: How important are the Pepperdine Bible Lectures to the fellowship of Churches of Christ, and why?
A: “The Pepperdine Lectures have been (and will continue to be) a place of open conversation about the church’s beliefs and behaviors. It’s been a harbor for those who’ve been in storms. A harbor is a haven to relax and recover; but it’s also a port to refuel and return to the open water. I love how the goal of the Bible Lectures is never the lectures themselves. It is, rather, to strengthen Christians and churches for the sake of the world.” 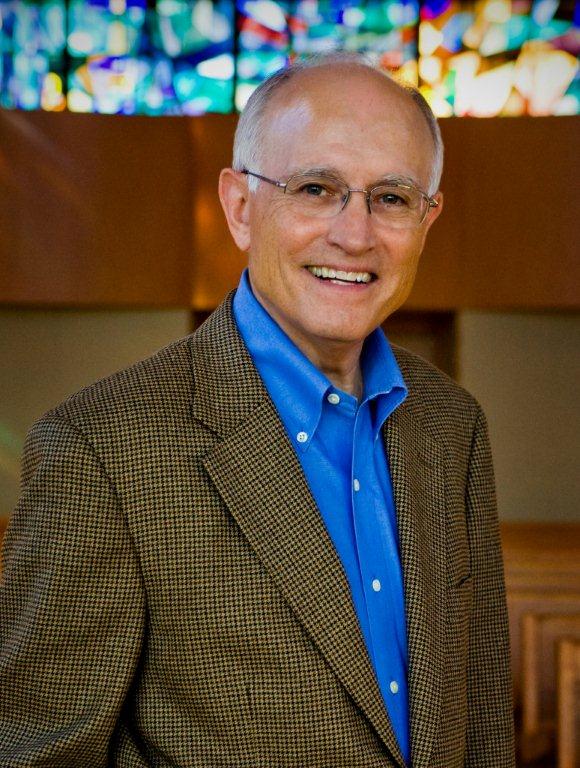 Q: The Pepperdine Bible Lectures always seem to feature a wide array of speakers from across a large spectrum of Churches of Christ. Do you expect that approach to continue? Any changes or improvements that you’d like to make?
A: “I’m going to work hard at listening to a broad community of Pepperdine-attendees and Christian leaders before pressing forward with many changes.”
Q: Will you move to Malibu? If so, is this move purely an effort to spend more time on the beach?
A: “No, Dr. Benton told me — perhaps knowing that my two granddaughters have just moved to Abilene! — that it would work fine for me to remain where we are. I’ll be traveling a great deal around the country on behalf of the University, and I’ll be going to Malibu quite a bit, which isn’t a bad gig. But for me it’s less the beach and more the mountains!”
Read The Christian Chronicle’s April 2009 Dialogue interview with Rushford.
The full text of Pepperdine’s news release on Cope, Rushford and Gibson:

Malibu, California — Pepperdine University religion professor Jerry Rushford is concluding 30 years of distinctive service as director of Church Relations and director of Pepperdine’s acclaimed Bible Lectures effective May 4, 2012. Following a year of teaching in Pepperdine’s international program in London, England, he will return to Pepperdine to be director of the Churches of Christ Heritage Center.
The announcement was made by Pepperdine University President Andrew K. Benton who has named Mike Cope, a widely respected national figure in the Churches of Christ, to direct Pepperdine’s Bible Lectures program following Rushford’s transition and the conclusion of the 2012 lectures effective May 5, 2012.
Benton added that Rick Gibson, associate vice president for Public Affairs and chief marketing officer, has been appointed to the position of vice president for Public Affairs and Church Relations effective November 1, 2011. Gibson will continue in his role as the University’s chief marketing officer.
“We’ve known the day would come when Dr. Rushford would conclude his leadership of Bible Lectures,” said President Benton. “Jerry deserves our deepest gratitude and respect for his three decades of exemplary service. His enthusiasm, dedication, and passion for excellence set high standards which called upon all of us to be our better selves. We look forward to his continuing at Pepperdine as director of our Churches of Christ Heritage Center.”
In naming Cope director of Pepperdine’s Bible Lectures, Benton said the momentum of the lectures will continue to be enhanced and strengthened. “With Mike’s years of ministry leadership, national acclaim as a creator of group worship experiences, and his love for the historical Churches of Christ, he will ensure that Pepperdine’s Bible Lectures will continue to be successful and of significant value to members of the Churches of Christ both here and abroad.”
Cope is a minister, author, lecturer, and prolific writer whose blog has been visited by four million people in the past six years. He was a minister for 27 years, including 18 at the Highland Church of Christ in Abilene, Texas and eight years at the College Church of Christ in Searcy, Arkansas. He teaches a freshman course at Abilene Christian University each semester, and has delivered the keynote address at Pepperdine’s Bible Lectures more often than any other speaker over the past 30 years. He is also the president of a nonprofit ministry focused on encouraging discussions about faith and culture among young adults called “What Really Matters.”
The former editor of two magazines – 21st Century Christian for six years and Wineskins for 12 years – he is the author of five books including 2011’s Megan’s Secrets: What My Mentally Disabled Daughter Taught Me About Life and One Holy Hunger: When God is All You Want.  Megan’s Secrets followed the 1994 death of the Cope’s 10-year old daughter, Megan. The family’s journey of loss and joy-amid-grief has sharpened their interest in those things that ultimately matter in life.
Mike and his wife, Diane live in Abilene, Texas. They have been married 33 years and have two children: Matt, a physician, and Chris, a freshman ministry major at Abilene Christian University. Matt and his wife, Jenna, have two daughters, Reese and Ellie.
Benton underscored that Pepperdine’s Office of Church Relations and the annual Bible Lectures will continue to build on the solid foundation created and sustained by Rushford. “In naming Rick Gibson vice president for Public Affairs and Church Relations, we are placing a strategic initiative at Pepperdine in very capable hands,” said Benton. “We consider the University’s Christian heritage and ties to the Churches of Christ as a cornerstone of our mission.” Benton added that Gibson, a former preaching minister in the Churches of Christ, has served on the Bible Lectures team and in senior management positions at Pepperdine for a decade, earning the respect of both his colleagues within Pepperdine and members of the Churches of Christ.
Commenting on the new appointments, Rushford said, “President Benton is to be commended for encouraging these two multi.gif?Action=thumbnail&Width=460&algorithm=proportionalted church leaders to provide leadership and direction in Church Relations and Bible Lectures at Pepperdine. I know the president is elated that they have agreed to serve, and I share his joy.”
Pepperdine University is committed to pursuing the highest standards of academic excellence within an environment that celebrates and extends the spiritual and ethical ideals of the Christian faith. Pepperdine’s 69th Bible Lectures takes place May 1-4, 2012.