HYATTSVILLE, Md. — As soon as Sunday night service ended at the University Park Church of Christ, I rushed to find a kind soul with a TV set.

I had to watch the Oscars.

(I do have a TV, just so you know, but mine is a venue for my son’s video games, old movies and something called a “Fire Stick.” I don’t even know if I can watch regular TV on it!)

And I don’t usually care much about the Academy Awards, but I had a story riding on it.

If “Green Book” won for best picture, USA Today wanted me to expand on what I had written about the film for an online feature.

To be honest, I didn’t really know what a “Green Book” was until a childhood friend of mine called and said there was a movie with that name up for multiple awards — and it was about a man from my hometown of Pensacola, Fla., Donald Shirley.

As I learned more about Shirley, I discovered the threads that tie his experiences to my own.

STAINS OF THE PAST THAT WON’T ERASE

A gifted musician, Shirley was a classical and jazz pianist who moved to New York after studying here in the Washington area.

The film “Green Book” is based on Shirley’s friendship with Anthony “Lip” Vallelonga, an Italian-American bouncer from the Bronx who in 1962 chauffeured Shirley on a tour through the Deep South and served as his bodyguard.

Along they way they use “The Negro Motorist Green Book” to find motels, restaurants and gas stations that will serve them.

You see, Shirley, like my own parents, was part of a generation of African-Americans who were forced to leave the South for the North for education and a better life — away from segregation and Jim Crow laws.

My mother, after earning a degree at Florida A&M, earned her master’s in music from Boston University. My dad left Texas to get his degree at the University of Southern California (without any high-dollar help from his parents, I might add).

Another friend of mine left home in the 1960s to become an engineer at Bell Labs in New Jersey. For all his life, he’s pushed for excellence and Christian love that crosses racial lines. 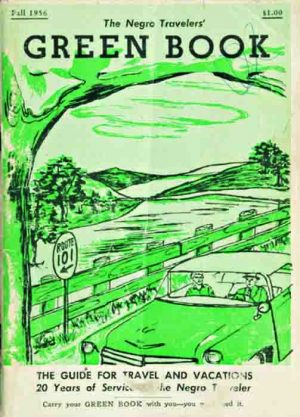 The “Green Book” was published from 1936 to 1967 and fell out of use as hotels and restaurants were desegregated.

Regardless of where we end up, there always is a desire to visit home. That’s why Victor Green published his “Green Book,” between 1936 and 1967. It listed gas stations, restaurants and hotels that would serve people of color.

It was as cherished as the family Bible for African-American families who made long trips across the country on dark highways lined with segregated corridors and hate.

Sometimes blacks had to stay in people’s homes as they traveled the South. Growing up in Pensacola, I remember when the chauffeurs came to my grandmother’s house.

(Of course, the chauffeur in “Green Book” is white, which makes for an interesting twist.)

Unlike the portrayal of Shirley in the film, a lot of African-Americans who went North didn’t stay there. Many, like my parents, came back to the South to build their lives after they earned their degrees.

My mom told about teaching in Century, Fla. — in the panhandle just south of Alabama — at its recently integrated high school. On her first day, someone wrote the N-word on the chalkboard.

I’m thankful that things have gotten better since the days portrayed in the film, the days my parents talked about, the days of my youth.

Whenever I travel back home, I pull off Interstate 65 and cut through Flomaton, Ala., just north of Century. I always buy a burger there when I pass through.

Why? In 1965, I tried to buy one at a segregated bus station and was not served.

ONLY ONE WAY TO MAKE THINGS BETTER

Unfortunately, the story I wrote for USA Today doesn’t have a happy ending — at least not yet. 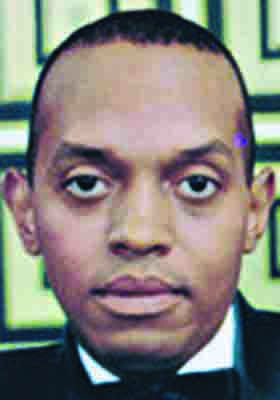 I spoke to Shirley’s real-life family, who said that the depiction of the famous pianist in the film is inaccurate. Vallelonga, they said, was hired to drive Shirley on a tour of historically black colleges and universities, not segregated venues across the South.

The story also was told through the lens of the driver, played by Viggo Mortensen. There was no recognition of “Uncle Donald” or his family in the acceptance speeches for best original screenplay or best picture, his niece said.

(However, when Mahershala Ali, who played Shirley, won the supporting actor Oscar and said “I want to thank Dr. Shirley,” the family was grateful, she said.)

You know, after all the ways we’ve tried to address the issue of race relations — in discussions, in remembrances, in films — I wonder if we’re ever going to bridge the divide. These are all good things, but those of us who proclaim Jesus as king know that we’ll never be successful without God.

Today we don’t need a Green Book to find our way, but we do need the Good Book like never before — to direct our lives in the name of God.

Today we don’t need a Green Book to find our way, but we do need the Good Book like never before — to direct our lives in the name of God. Whether we live in the North or the South, in red, blue or purple states, we are more than the labels we try to assign one another. We are one race, humans all.

These stories make me think of Philemon, a man once labeled “slave.” He ran away from his master, Onesimus, and the apostle Paul took him in. Then Paul wrote to Onesimus on Philemon’s behalf:

“I am sending him — who is my very heart—back to you. … Perhaps the reason he was separated from you for a little while was that you might have him back forever — no longer as a slave, but better than a slave, as a dear brother.”

Let these inspired words change our story. It’s not too late.

HAMIL R. HARRIS is a Christian Chronicle correspondent. He preaches for the Glenarden Church of Christ in Maryland.

Retired missionaries Ken and Pat Beckloff were walking to market…