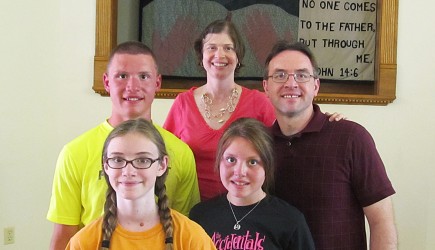 It’s cancer,” said the cardiothoracic surgeon, still clad in her teal surgical garb, who had just biopsied my wife’s lung. “And it’s not early, as it’s spread to her lymph nodes.”

“Does she know?” I asked, shock numbing me.

The surgeon shook her head. “I’ll call you in when she wakes up and tell her then.”

Twenty minutes later, I approached Lori’s bedside in the recovery area, hating that I had knowledge that she didn’t of the biggest challenge that would face us in our 19 years of marriage.

I thought of our children — ages 18, 16 and 13 — and desperately wanted to know what this all would mean for our future, our kids’ futures.

Lying there in blissful ignorance, she didn’t yet need to writhe in anguish of the unknown. I have counseled many in these situations to trust God and have faith. But could I counsel myself? This was not supposed to happen to me — to us!

In a small mission church, mywife is the minister to the minister, the one who keeps me balanced, my rock …outside of Christ. Her reaction would mean everything.

Her faith helped. “I’m notparticularly attached to this life,” she said later that evening. “If not forthe kids’ or your sakes, I’m ready to go home. We don’t know God’s plan, but itis good.” Our prayer from that first night was that God would be glorifiedthrough this.

That was Friday. By Sunday,Lori and I realized from our never-ceasing phone calls and the overwhelmingflood from most of our social media contacts that God had placed us in a uniqueposition.

People, many who had neverobeyed the Gospel, were watching to see how the preacher and his wife wouldhandle this test.

We prayed we would pass.

We also soon realized thatmany who were coming to comfort us were really seeking reassurance themselves.God was using our faith in a new way to minister and bring glory to him.

Attendance that morning wasgreater than it had been, and the effect of Lori’s diagnosis for good wasimmediately apparent. One sister, young in her faith, told me after worshipthat she had never realized what it meant before this that the church was afamily and that every part of the body hurt when one part did.

The best, however, was seeing an older sister, who hadharbored bitterness toward God for her dying 10-year-old grandson, walk throughthe door for the first time in nine months. Several had visited, counseled andhad lengthy Scripture-filled chats with her during that time, but nothing couldbring her back except that we trusted God — no matter the outcome.

I spokethat evening on a Christian’s response to bad news, and she was in the pews,where she has been ever since.

Ourteenagers’ reactions have given us opportunity for deeper spiritualconversations. Family and friends have cried much until they have spent timewith us and experienced what we have called our “faith-filled optimism.”

Fuelingthis has been the overwhelming outpouring from well-wishers. The messages,calls and visits (often from friends bearing groceries and home-cooked meals)continue to remind us that this is not about the clay but the potter who ismolding us for his perfect purpose.

Thelove of the school and community where we have lived and ministered for 14years has meant much to us. But more has been the love, prayers, and supportfrom our brothers and sisters all over the country.

Allthis is humbling. To date, we have 138 cards filled with Scripture, words ofencouragement and notes about how our handling of our ordeal has inspired them.Five are from just one lovely sister we have never met from Alabama. Somerepresent whole congregations praying for us. One informed us of a prayerservice they held just for us.

If youare facing a challenge like this, know that God is in control and always worksfor good.

Othersare watching. Your response is the Gospel you speak.

Thosestruggling are all around you. You have been given great power to encouragejust by your prayers and a simple card.

We have endured six weeks of radiation and three rareallergic reactions to two common chemo drugs before finding something thatLori’s system would tolerate in the just over three months since her diagnosis.

Theoutcome of this chapter of our lives is still unknown, but this has notdiminished our faith-filled optimism when we sing “God is so good.”

DOUGLASKASHOREK, has ministered for the Plattsburgh, N.Y., Church of Christ since1998. He isthe author of “Kin of Cain.” Contact him at www.douglaskashorek.com. 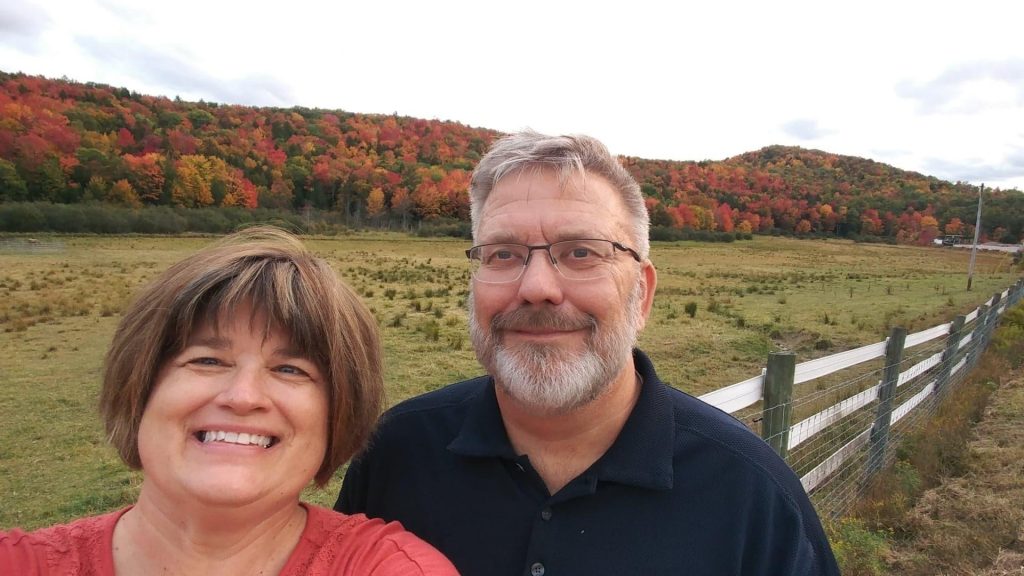 ‘I hope this brings you comfort’