A Venezuelan diaspora is spreading across South America as refugees from the troubled nation find new homes — and reinvigorate the Churches of Christ that take them in.

SANTIAGO, Chile — Venezuela’s economic and political meltdown has a silver lining, seated around the dinner table in Raúl Fernández’s home.

The elder of Los Nogales Church of Christ in this South American capital and his wife, Susanna Vasoalto, serve as adoptive parents to Venezuelan Christians.

Fleeing their increasingly dangerous homeland, where food and medicine are scarce and robberies have become a fact of life, the Venezuelan church members live with the Chilean couple until they find jobs and apartments of their own. 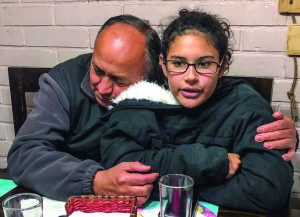 Cici García talks about her exodus from Venezuela and gets a hug from Chilean elder Raúl Fernández.

On a frigid Saturday night, the couple shares plates of sopaipillas, flat Chilean pastries made from pumpkin. At the table are three of their Venezuelan daughters, as Vasoalto calls them, and a family of new arrivals. They huddle in heavy coats (they’re still adjusting to the Southern Hemisphere’s winter months: June, July and August) and sip hot tea.

“I tell all our daughters, ‘This house doesn’t belong to us; it belongs to God,’” Vasoalto says. “I can’t replace their moms, but I teach them, I get onto them, I love them all. They are my kids.”

But she insists, “The blessing is ours, the Chileans’. God is showing us the work we should do.”

Across South America, Churches of Christ report an influx of Venezuelan refugees, many of them from the troubled country’s 140 or so Iglesias de Cristo.

The Venezuelans’ energy and zeal have revitalized once-stagnant congregations.

“I think evangelism is in the DNA of the Venezuelan church,” says Jonathan Hanegan, a former missionary to Venezuela who now is part of a church-planting team in Buenos Aires, Argentina. Hanegan traveled to Chile with The Christian Chronicle and translated interviews.

Pioneering missionaries from Churches of Christ, including Bob Brown, instilled a desire to spread the Gospel. Venezuelan evangelists worked tirelessly — often with little or no financial support — to help churches grow, Hanegan says. Venezuelans also have an open and gregarious nature, he adds, much like other peoples who live along the rim of the Caribbean Sea.

In Venezuela, “I would meet people at the bakery and have them over for dinner the next night,” Hanegan says. That’s much less likely to happen in Argentina or Chile. Building trust takes time.

The Venezuelans have encouraged their Chilean brethren to be more outgoing, Fernández says. They’ve also given Chilean Christians the chance to practice hospitality.

“They have been a big blessing for the church here in Los Nogales,” he says. “In the middle of this crisis, there’s something very beautiful.”

HOW DID IT GET THIS BAD?

“How can a country so beautiful end up like this? Perhaps it’s a lesson. Maybe we’ll learn to value things better.”

Cece García asks the question to her fellow Venezuelans seated around the dinner table. She and her husband now live in Peru, but she has traveled to Santiago to visit her sister, Nila, who has made Los Nogales her adopted family.

Their oil-rich homeland, with a population of close to 32 million, once was the wealthiest nation in South America.

Chávez died from cancer in 2013, and Nicolás Maduro became president. Since then, the crisis has deepened. Power outages are common. Unemployment and gang violence are on the rise.

Earlier this year, amid protests against Maduro and his United Socialist Party, Juan Guaidó, leader of Venezuela’s opposition-controlled national assembly, appointed himself president. He cited the country’s constitution, which mandates that the assembly leader step in if the president is unfit to serve.

Now, “your monthly salary can’t even buy a carton of eggs,” says Gabriella de Castellano, one of the new arrivals from Venezuela. “People are dying. There’s no gas, no electricity. If your baby is sick and you cannot afford medicine, the baby will die.”

About two months ago, de Castellano and her husband, Brayan, along with their 2-year-old son, Christian, joined the ranks of nearly 4 million refugees and immigrants who have left Venezuela in the past five years, according to the United Nations High Commissioner for Refugees.

The couple sold their car — and their baby’s crib — to afford bus tickets. Luckily, their possessions weren’t stolen along the way, like those of the other Venezuelans at the table. (To be honest, de Castellano says, they didn’t have many possessions to steal.)

Yet “God sent his angels to take care of us on the road,” she says. As they journeyed through cities including Bogotá, Colombia, and Quito, Ecuador, members of Churches of Christ housed them and gave them food. 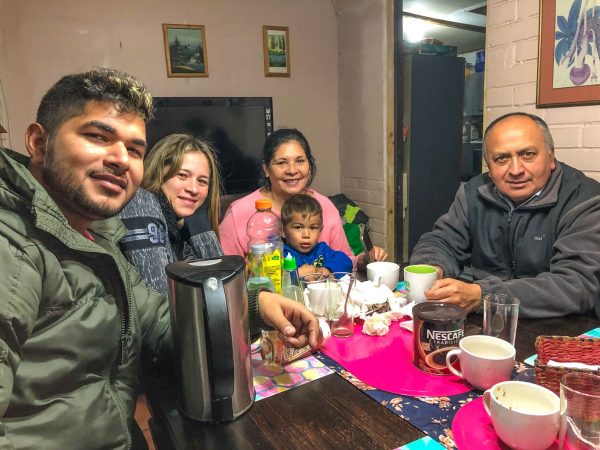 Now, “we’re here and we thank God,” de Castellano says. Her small family is overwhelmed by the hospitality they’ve found in Los Nogales — and by the abundance they see in Santiago’s shopping malls, which are full of things they couldn’t find in Venezuela.

“When you go to the store and see diapers, it’s really hard,” she says, brushing back tears. “When I eat and drink something …” she pauses, unable to finish, thinking about the people back home.

The next evening, de Castellano and her family gather for Sunday worship with Los Nogales Church of Christ.

Before the service, the García sisters and other Venezuelans join their Chilean brethren for singing practice, reviewing PowerPoint slides of new hymns including “Exaltado” (“Highly Exalted”). Later, as the sermon begins, children of both nationalities pack into a back room to sing Bible songs and color pictures of scenes from Jesus’ life. 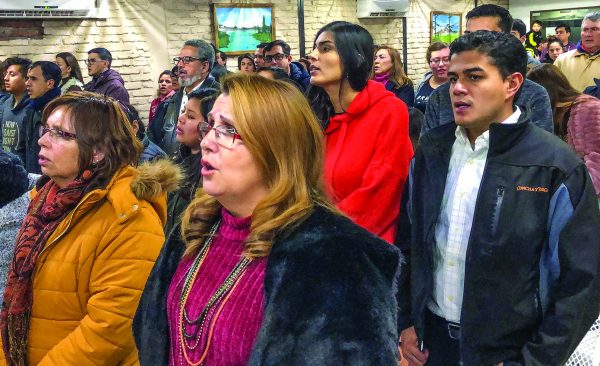 Chileans and Venezuelans worship side by side at Los Nogales Church of Christ.

The church averages attendance of about 200 each week, Fernández says. As many as 60 of them are Venezuelans. The church has appointed some of them to ministry positions.

Nila García serves as a secretary for the church and works with the congregation’s burgeoning youth group. She helped the church host a recent international women’s conference. 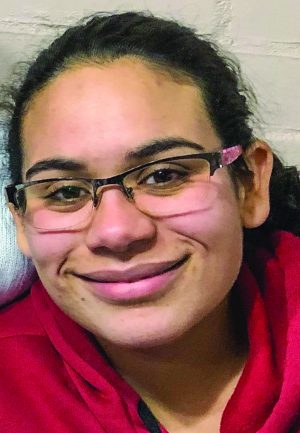 “God brought us here for a reason,” she says. “Churches have been revitalized because of the Venezuelans, challenged to love more, to relate to one another.”

Her sister agrees, adding that the horrors they’ve endured have made them witnesses of God’s providence.

“When you’ve been through what we’ve been through, you see him, you feel him,” Cece García says. “We’re still being put through trials, but we’re stronger.”

As we reflect back on 2019, certain news stories stand…