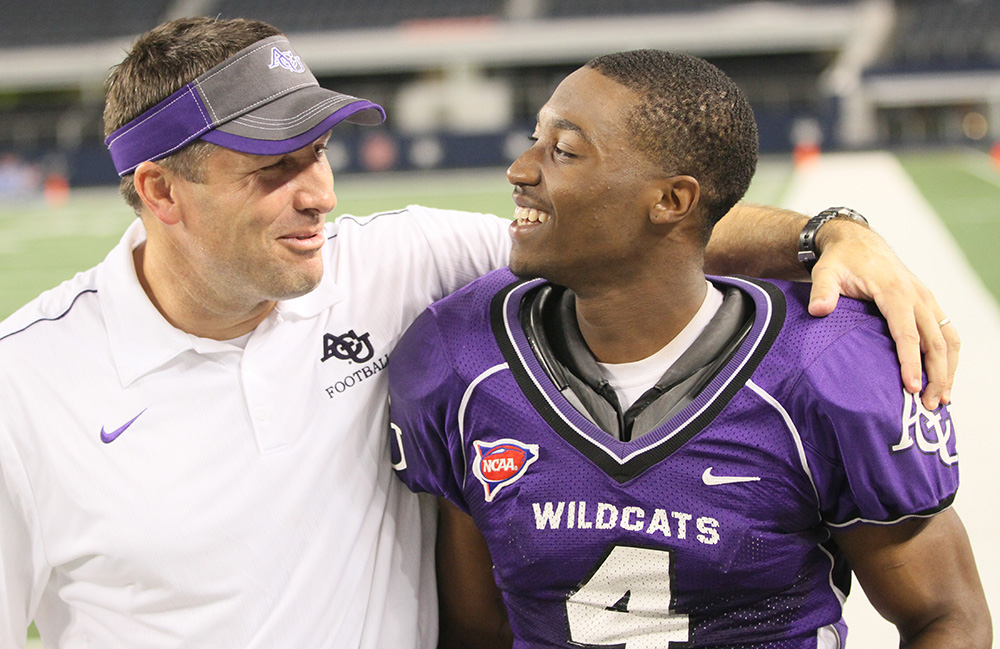 With Abilene Christian's Wildcats, speedy Atlanta wide receiver learned 'more of what it is God designed him to be.'
Bobby Ross Jr. and Chellie Ison
With God, all things are possible.

Atlanta Falcons wide receiver “Turbo” Taylor Gabriel — who will play in Sunday’s Super Bowl against the New England Patriots — has no doubt about that.

Case in point: Himself.

“I think this place was the perfect place for him because of what we were doing here,” said former ACU head coach Ken Collums, who was fired in November after going 24-32 in five seasons with the Wildcats. “He learned here more of what it is God designed him to be as a man.”

Undrafted out of ACU, the 5-foot-8, 170-pound Gabriel is “easy to overlook,” as NFL.com describes him. ACU Today: Super Man: Gabriel soars to NFL stardom
But football writer Chris Wesseling says the smallest player in Sunday’s game won’t sneak up on the Patriots.
Gabriel had 35 catches for 579 yards and six touchdowns for Atlanta during the regular season. The Falcons are known for spreading the ball around: Thirteen receivers have caught at least one touchdown pass this season, which is an inordinately high number. Gabriel tied for the team lead with Julio Jones, who many consider the NFL’s best receiver.

Despite Gabriel’s size, his physical abilities were impossible to miss, recalled Collums, who keeps in touch with his former player via text messages.

“Coming in, we knew he was explosive, and we knew he could start and stop really, really fast,” Collums said. “What we didn’t know is that he can track a ball very, very easily.”

At ACU, Gabriel finished second in school history in career catches (215), receiving yards (3,027) and touchdown catches (27), the Fort Worth Star-Telegram noted. He also finished ninth in scoring (186). He then ran a wind-aided 4.27 in the 40-yard dash at his pro day.

In a statement, ACU President Phil Schubert said: “I have been so impressed with Taylor’s attitude of gratitude and humility. He’s setting an excellent example for our current student-athletes with his hard work and the way he’s taking advantage of this opportunity to use his God-given talent. We enjoy watching him extend ACU’s amazing legacy of players and coaches who achieve success in professional football.” 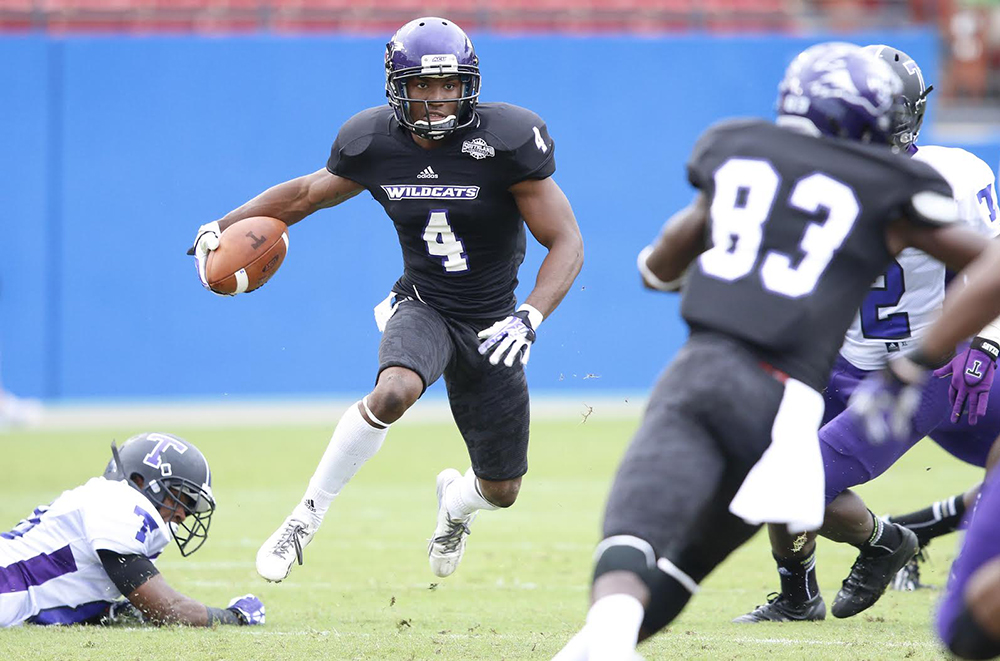 Taylor Gabriel in his senior season at ACU. (PHOTO BY JEREMY ENLOW, ACU)

Watching Gabriel take the field in Super Bowl LI at NRG Stadium in Houston will be a proud moment for his former coach.

“For me, it’s really cool just to see him on this stage because I know who he is,” Collums told The Christian Chronicle. “It’s not just a guy that can run fast and is strong for his size, but I know the guy. He’s not perfect, but he means well.”

Gabriel lost his mother, Kimberly, unexpectedly when he was 15. He still takes the Bible she gave him everywhere he goes, he told the Star-Telegram.

Here’s how the New York Post’s Steve Serby describes what will happen Sunday:

No wonder Gabriel is counting his blessings heading into the big game.

Thanking Him for waking us up this morning #Godwilling

Blessed to have another day at work #Riseup #Turbo #Godwilling pic.twitter.com/rL64gNFPlN