GREENVILLE, Texas — Other teens might have had a choice whether to participate in church youth group activities, but not the Harris kids.

Timothy Harris expected his children to show up every time — be it to study the Bible, bake cookies for shut-ins or play with Nerf guns at the Johnson Street Church of Christ.

“It wasn’t an optional thing with him,” said Savanna Harris, 22, a senior at Oklahoma Christian University in Oklahoma City.

“It was weird to us when kids had a choice,” agreed Sierra Harris Gustafson, 24, an Oklahoma Christian graduate and children’s ministry intern for the Oakcrest Church of Christ in Oklahoma City.

“Even if there wasn’t a devotional associated with it, Dad wanted us to go be with the youth group and have that example,” added Stern Harris, 23, a graduate of Harding University in Searcy, Ark.

With laughter and tears, Timothy Harris’ family — including his wife, Vicki Harris — fondly recalled the 58-year-old tornado victim’s devotion to his Christian faith.

“I don’t think it’s really, really sunk in yet,” Vicki Harris said in an interview at the family’s rural home 50 miles northeast of Dallas. “I know he’s in heaven, so that’s a big relief.”

The husband and father of four lost his life the night of Dec. 26, when an EF-4 tornado struck near the intersection of Interstate 30 and President George Bush Turnpike in Garland, Texas. (Oldest child Sterling Harris, 31, had left to return home and was not a part of The Christian Chronicle’s interview.)

“It’s been overwhelming,” the wife and children of tornado victim Timothy Harris say of the love and support shown by fellow Christians.Harris, 58, a member of the Johnson Street Church of Christ in Greenville, Texas, died while driving when a tornado struck the Dallas suburb of Garland on Dec. 26.Shown are his son Stern, his daughters, Savanna and Sierra, and his wife, Vicki. Not pictured is his son Sterling.Video by Bobby Ross Jr.

Posted by The Christian Chronicle on Thursday, January 7, 2016

In all, eight people were killed as winds up to 200 miles per hour picked up vehicles and flung them. A ninth victim later succumbed to his injuries.

“It’s very possible that he heard the tornado coming and tried to get the shelter that he could,” Barineau said. 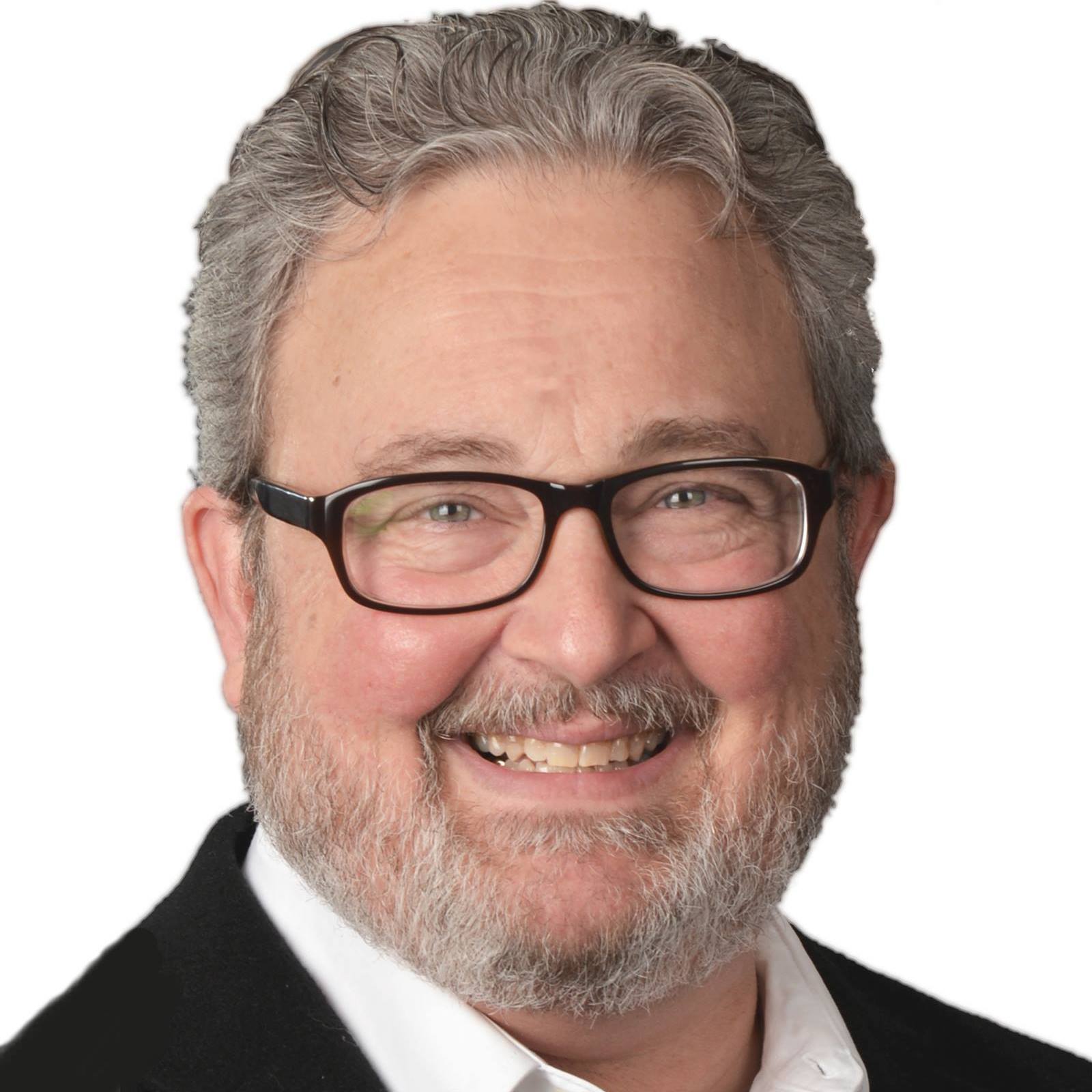 Timothy Harris was a psychiatric nurse at the Denton State School, a mental care facility. He had worked a double shift Christmas Day and was scheduled to work again Monday. He stayed home as the rest of the family left to celebrate the holidays with extended family in San Antonio.

Why’d he drive to Garland?

“Apparently, after he did his sleeping that day, he decided to run into Garland or Dallas for something,” said Randy Daw, pulpit minister for the Johnson Street church. “That was typical of Tim. He was always looking for a bargain or a car or something.”

At the 400-member church, Timothy Harris demonstrated his faith not by talk but action.

“Tim was a quiet guy around here,” Daw said. “He and his family were just here every time the doors were opened. He would do whatever he was asked to do.”

For years, Timothy and Vicki Harris helped with World Bible School, grading correspondence courses during Monday Night for the Master. 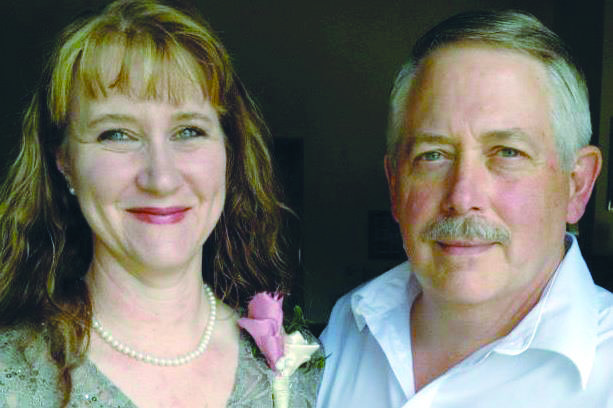 Tim and Vicki Harris (PHOTO PROVIDED BY FAMILY)Vicki Harris, who met her husband in nursing school at Texas Woman’s University, said he always had a heart for sharing Jesus overseas.

“In nursing school, he had some Chinese friends, so he wanted to go to China. He had never been there, but he wanted to go so bad,” said Vicki Harris, who asked that any excess funds donated for her husband’s funeral go to the Chinese Agape Foundation, a ministry supported by Churches of Christ.

Timothy Harris served as a captain in the Army Reserves. First a paratrooper, he later joined a medical unit and deployed to Germany during the Iraq War. He didn’t talk much about his work or military experiences.

But after his death, his family learned of his caring and compassion touching many — including a colleague with cancer. “She said Tim would always encourage her, call her or send her text messages,” said Vicki Harris, who has battled cancer herself. “He told me there was a lady that had breast cancer, but that’s all he said.”

“Why wasn’t it some evil person?” Daw said, repeating what church members have asked him.

For the funeral sermon, the minister turned to John 11, where Mary and Martha ask why Jesus didn’t keep their brother Lazarus from dying. 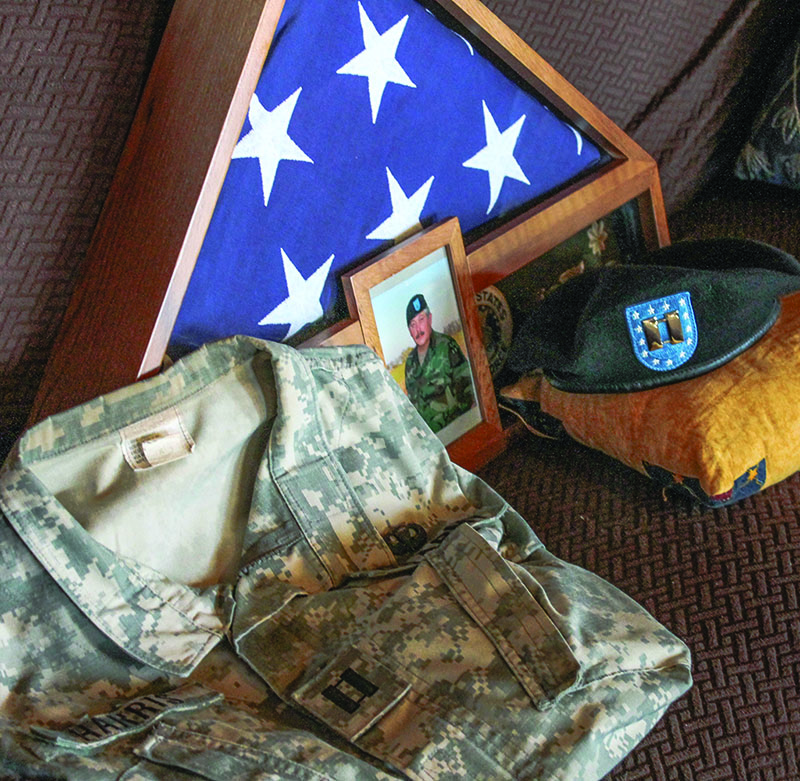 The Army presented the family with a flag at Capt. Timothy Harris’ funeral. (PHOTO BY BOBBY ROSS JR.)In Harris’ case, “the question would be, why would God who controls the universe allow this man to die when he still had work to do?” Daw said. “We can’t answer that question, but we know who Jesus is, and we trust him.”

As the family grieves, fellow Christians from near and far shower them with love — preparing meals, sending cards, donating money.

“Dad would have been overwhelmed by the church taking care of his family,” said Gustafson, her words barely audible as she wept.

“We have so many prayer warriors out there covering us in prayer,” Stern Harris added.

“I don’t know what it would be like if we didn’t have the church to support us,” she said. “I don’t even want to go that route and think about it.” 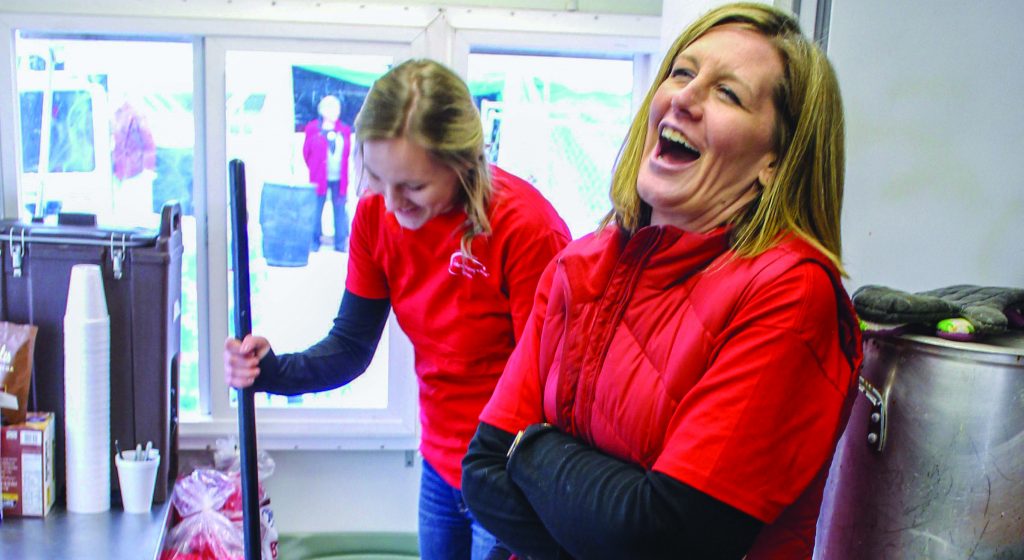 After the storm, heeding Jesus’ words 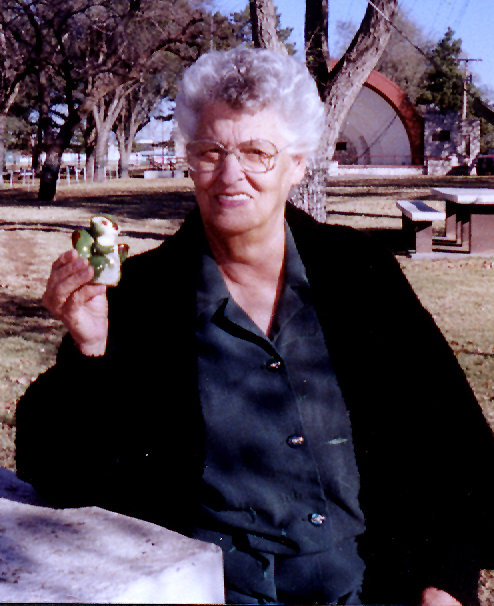 Avis Duncan, with the squirrel. (Photo provided by Duncan family)…