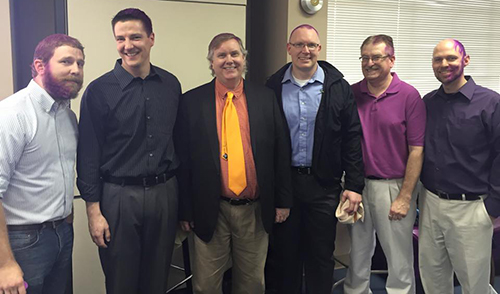 Dyeing for a good cause: Ministers go purple for [email protected] campaign

Laura Akins
The ministerial staff at Glenwood Church of Christ

in Tyler, Texas, is looking a little purple today — for a good reason. 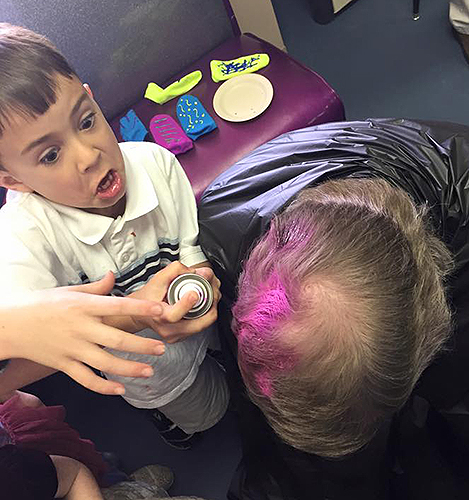 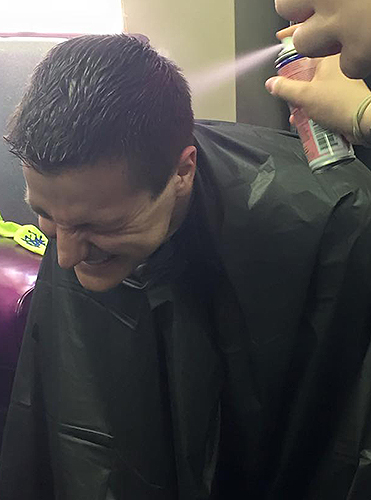 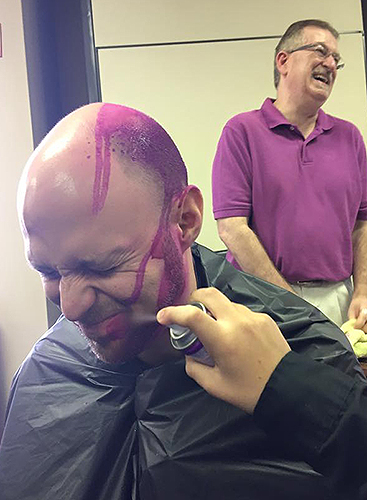 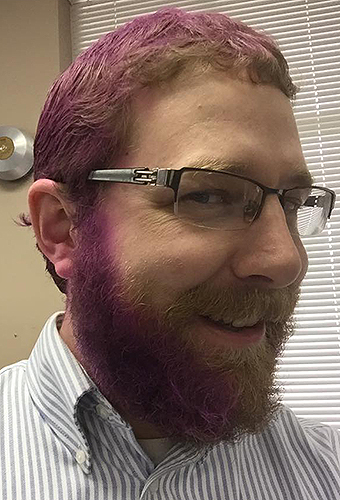 The challenge? To eat 17,000 meals in homes during a four-month period — based on the congregation’s 350 families multiplied by three meals a week for 16 weeks — with a promise of the ministers dyeing their hair purple once the goal was reached.

The ultimate objective was for families to create the habit of eating meals together at least three times a week, Hicks said.

According to the church website, “studies show that the single most decisive factor among kids who do well in school and avoid risky behaviors is eating meals with the family … resulting in a sense of identity for children, a break from separation of individual activities throughout the day/week and rhythm for healthier lifestyles.”

Each month, families were asked to fill out a form online or at the church building to be entered into the overall tally — with weekly and monthly prizes offered to keep focus on the goal.

At the four-month mark, the congregation had reached 10,486 meals accumulated — about 62 percent of their goal.

“As a sign of goodwill, the minister’s only dyed half of their hair,” Hicks posted on Facebook. “The children were glad to help spray our hair for us!”

Steven Smith, student and family minister, believes though they didn’t quite reach their goal, the campaign was still a success.

Though the campaign is now over, Smith said they are going to continue to encourage families to eat at home together in hopes of continuing family enrichment.