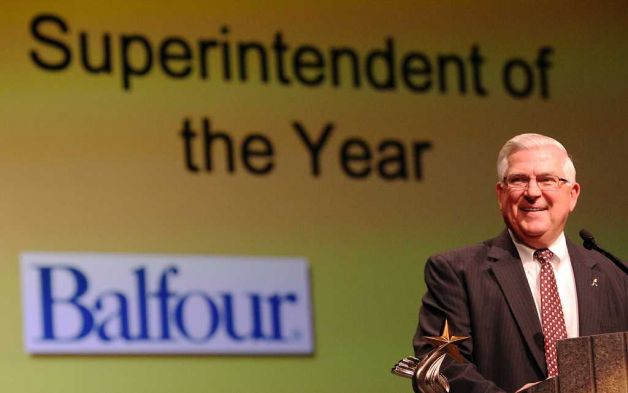 John Folks, a member of the MacArthur Park Church of Christ in San Antonio, has received a top education honor in Texas.
The San Antonio Express-News reports:

AUSTIN — Northside Independent School District Superintendent John Folks on Saturday became the first Bexar County public school administrator to take home the Texas Association of School Boards’ top honor — Superintendent of the Year.
The state award program has recognized superintendents for their educational leadership since 1984. This year, more than 1,000 school district superintendents were eligible to be nominated by their school boards.
Folks, 63, who has steered Bexar County’s largest district since 2002, vocally advocated for education and school funding this spring as legislators chopped billions from state education funding. Northside eliminated 973 jobs through attrition earlier this year but avoided layoffs during the budget cuts.
While accepting the award at the Texas Association of School Administrators/Texas Association of School Boards convention Saturday, Folks said that no matter how much funding the state gives school districts and how many changes to standardized testing educators encounter, “we will lead and we will do what’s right for all of the schoolchildren of Texas.”