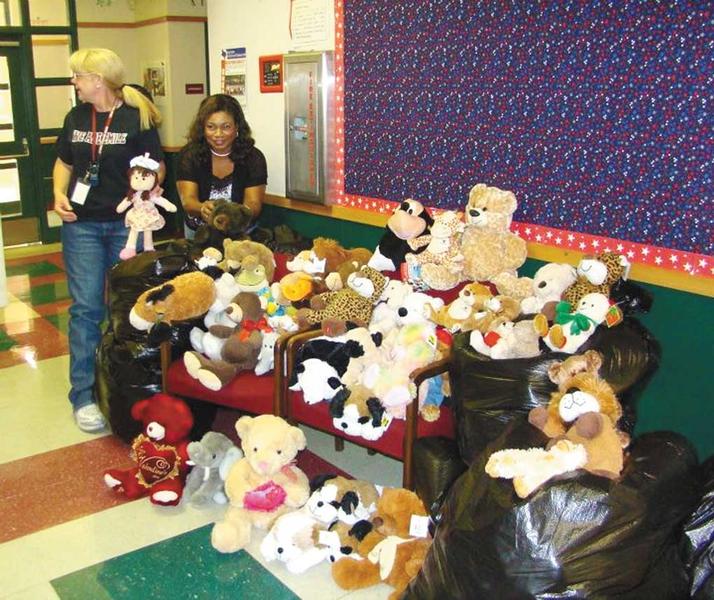 Bastrop, Texas, school district employees receive teddy bears donated by the Bears for Bastrop project recently. Over the past four weeks, members of the Court Drive Church of Christ in Palestine, Texas, about 170 miles northeast of Bastrop, collected bears and other stuffed animals for wildfire victims. (Photo via Palestine Herald-Press, www.palestineherald.com)

The Palestine Herald-Press in Texas reports:

PALESTINE — Over the past four weeks, Court Drive Church of Christ, along with community members in Palestine and other surrounding areas, have collected teddy bears for the wildfire victims of Bastrop.
More than 500 teddy bears from the Bears for Bastrop drive were taken to Bastrop on Oct. 7.
“Bears for Bastrop was inspired by Anderson County’s Blankets and Bears organization that supplies blankets and bears to children who have been through traumatic events such as abuse, loss of a parent, or loss of a home due to a fire,” said Bears for Bastrop project coordinator Jessi Jones, a Court Drive Church of Christ member.