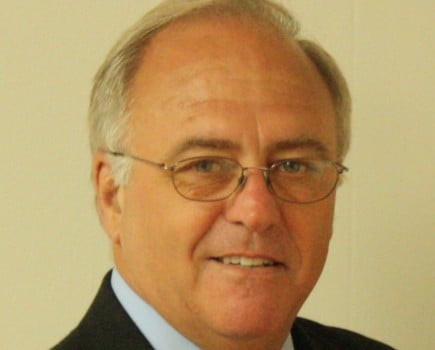 Jim MIller
To 11-year-old Jacob Compton, who has lived at the Cherokee Home for Children in Cherokee, Texas, for about a year, Danny Duggan was like a grandpa.

“My favorite memory is going down a water slide with him at a back-to-school bash. We ran and jumped and splashed in the water,” Compton said. “He always cared for us. He was there when we needed to talk to him.”

The 59-year-old director was playing basketball with students from Texas A&M University’s Aggies for Christ when several players collided, knocking Duggan to the floor. The impact fractured Duggan’s skull. He never regained consciousness.

After unsuccessful brain surgery at Brackenridge Hospital in Austin, Duggan was taken off life support on Jan. 18 and died three minutes later.
He served the children’s home for 22 years as director of development and executive director. The Cherokee Home for Children has been associated with churches of Christ since its opening in 1958.

Students with Aggies for Christ spend a week with the Cherokee children’s home every winter, helping with projects on campus and interacting with the children.

“Danny was an inspiration to all of us with Aggies For Christ. He was the epitome of a servant of God and of our Lord Jesus Christ,” Jordan Waldron wrote on The Christian Chronicle’s website. “Even though I only knew him for a few short days while we were at Cherokee, I am deeply saddened by his passing. The only comfort I can offer is that we know he is rejoicing with our Lord in the most beautiful paradise we can even imagine.”

Nettie Jean Randolph, who has worked at the children’s home for 34 years, said Duggan’s “big heart” would be missed.

“He knew every kid by name, and he’d go the extra mile for them,” Randolph said. “He never asked anyone to do something he wasn’t willing to do himself. He was a gentle person.”

Diana Ramos, 14, said all of the children loved him.

“The same day he had the accident I had a meeting with him,” Ramos said. “The last thing he did was give me a hug and say, ‘We all love you.’ I’ll always remember that.”

Delton McGuire, who previously served as the home’s director of development, was named acting executive director after Duggan’s accident. He said his present focus is to provide the 30 children living on campus with a sense of stability.

“These kids have lived with unstable home situations for much of their lives,” McGuire said. “All of us at the home are doing everything we can to show stability.”

Randolph said that’s what Duggan would want because he always put the children first.

“It would be easy for us to walk away, but Danny would want us to keep on going with our work,” she said. “He always had a list of what he wanted us to accomplish in the next 10 years. He’d want us to keep going.”

Funeral services were planned Jan. 22 at the San Saba Church of Christ.

Duggan is survived by his wife, Janiece, four married children and six grandchildren.