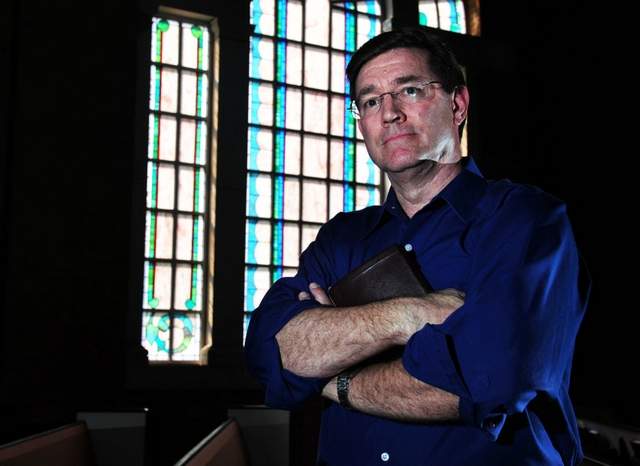 Tennessee minister on faith and fear: ‘God being with us calls for courage’

Tom Riley of Bellevue Church of Christ believes that faith in God can bring unwanted challenges, which requires courage. (Photo by Shelley Mays, The Tennessean, via www.tennessean.com)

The Tennessean quotes Tom Riley, minister of the Bellevue Church of Christ in Nashville, in a story about faith and fear:

Still, the Bible talks about fear a lot. And it does seem to frown on fear in some passages, said Tom Riley, pulpit minister at Bellevue Church of Christ.
The New Testament book of 2 Timothy says, “For God hath not given us the spirit of fear; but of power,” in the King James Version. In the Gospels, the Apostle Peter nearly drowns because of a lack of faith when he tried to walk on water like Jesus.
“Being faithful to God may bring us challenges we haven’t asked for,” Riley said. “So God being with us calls for courage.”
Riley said that most people’s prayers are about asking God to keep them safe and free from hardship, which misses the point, he said.

Read the full story.
Riley and his wife, Anne, recently returned to Tennessee after leaving for several years to plant a new congregation in Arizona — an effort featured in an in-depth Christian Chronicle story in 2007.