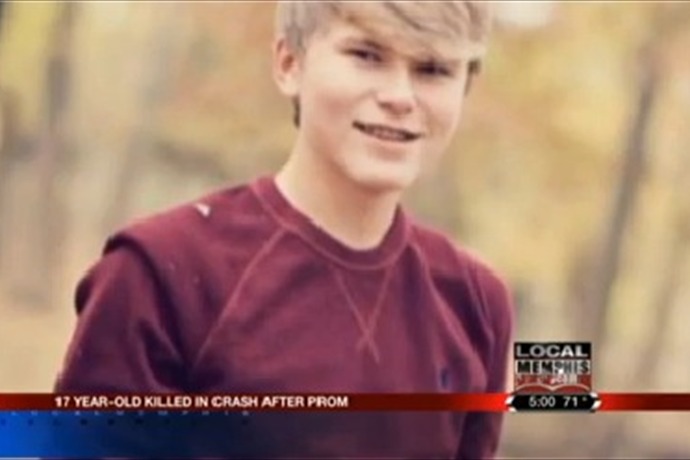 A Mid-South teen is dead, killed on his way home from prom.

It happened on Highway 305 in Independence, Mississippi.

Andrew had attended Olive Branch Church Of Christ since he was born, and he was just baptized there three weeks ago.

Jared Rhodes has been the youth minister at Olive Branch Church Of Christ for several years. He said he knows how to lead young people in the right direction, but when tragedy hits home he wonders how you console a tender group of teens who’ve just lost a “brother” and explain something so unfair.

Andrew was a senior at Magnolia Heights in Senatobia. He was excited to be going to prom with friends.