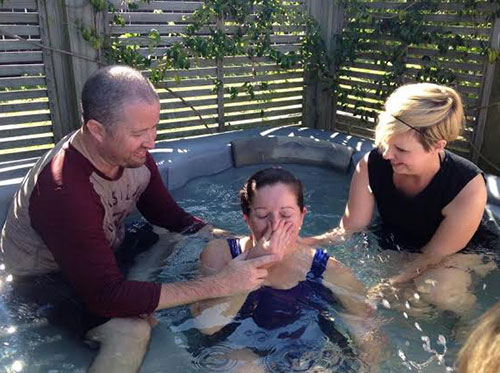 Guest Contributor
Auckland, New Zealand, is amazing, diverse, urban. It is home to more than 1.3 million souls from nearly 200 people groups. It’s the largest city on the “liquid continent” known as Polynesia.

I was blessed to visit Auckland, near the tip of New Zealand’s North Island, in 2000. A Christian family hosted me, and one member of that family was said to have brought more people to Christ than any other person in her congregation.

I attended three Churches of Christ in Auckland and saw the need for leadership and direction.

Insight | Bailey McBride
More recently I spoke with Nancy Lutes here in the U.S. Her daughter, Jennifer Cherry, is part of a mission team that has worked among the young, urban population of Auckland since 2008. Cherry and her husband, Justin, attended Harding University in Arkansas and were part of the university’s overseas program in Australia.

They married, and Justin earned a master’s in business administration before working for ConocoPhillips. At the same time, “we began feeling a call by God to pursue full-time ministry, specifically in the area of church planting,” Justin told me. They moved to Lubbock, Texas, and began training for mission work at Sunset International Bible Institute.

In 2005, minister and New Zealand native Chris Miller sat down with the Cherrys and made a personal plea to share the Gospel in Auckland. Chris was converted in the U.S. (an incredible story that deserves telling later) and returned to New Zealand with a determination to impact his nation for Christ.

The Cherrys felt a heavy burden for New Zealand. Working with Sunset and Missions Resource Network, the couple and three other families moved to Auckland.

The Cherrys’ first-born daughter was 2 when they arrived. Now they have two boys as well — and all the children think of New Zealand as their home. The family has integrated well into their city’s multiethnic culture.

“Jennifer is creative and has a gift for hospitality,” Justin said. “Rylee, age 10, is our artsy girl who loves drawing and writing stories. Gavin, 7, is our athlete. He is currently playing basketball and soccer. Zane, 2, is our little Energizer bunny. We love our little family and are excited to be growing up together in Auckland.”

The team planted the Discover Church, a congregation that seeks to create disciples who let Jesus shine in every aspect of their lives. They have close partnerships with other Churches of Christ in New Zealand and host conferences to help believers grow in their faith and their desire to reach others.

Reading the team’s reports, it’s obvious to me that they are systematic and prayerful in all they do. They meet people in public parks and coffeehouses and begin conversations that lead to changed lives. They offer activities for children so parents can run errands. They carefully evaluate every activity, weighing cost, time and results. It’s intentional, urban ministry for people with busy lives.

Beyond Sunday worship, the team strives to activate church members to go out and be Jesus to others. They train Christians in the art of leading conversations about God.

Unfortunately, one of the team’s supporting churches in the U.S. will end its support soon. Justin plans to travel to the States in March and April to find new support. If you are interested in learning more, email him at [email protected].