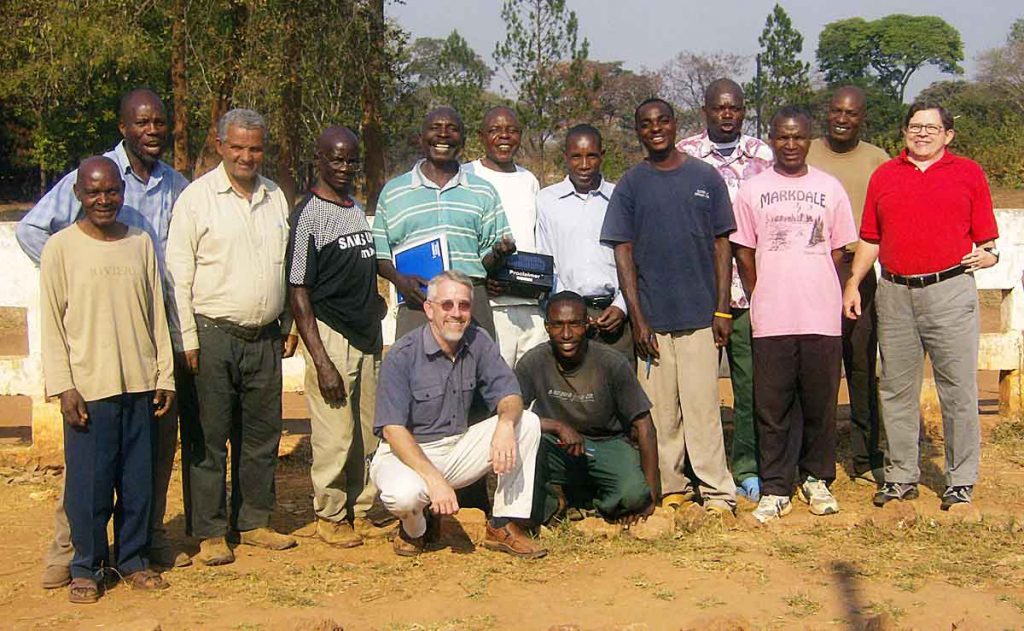 Taking the Gospel to war-torn Congo 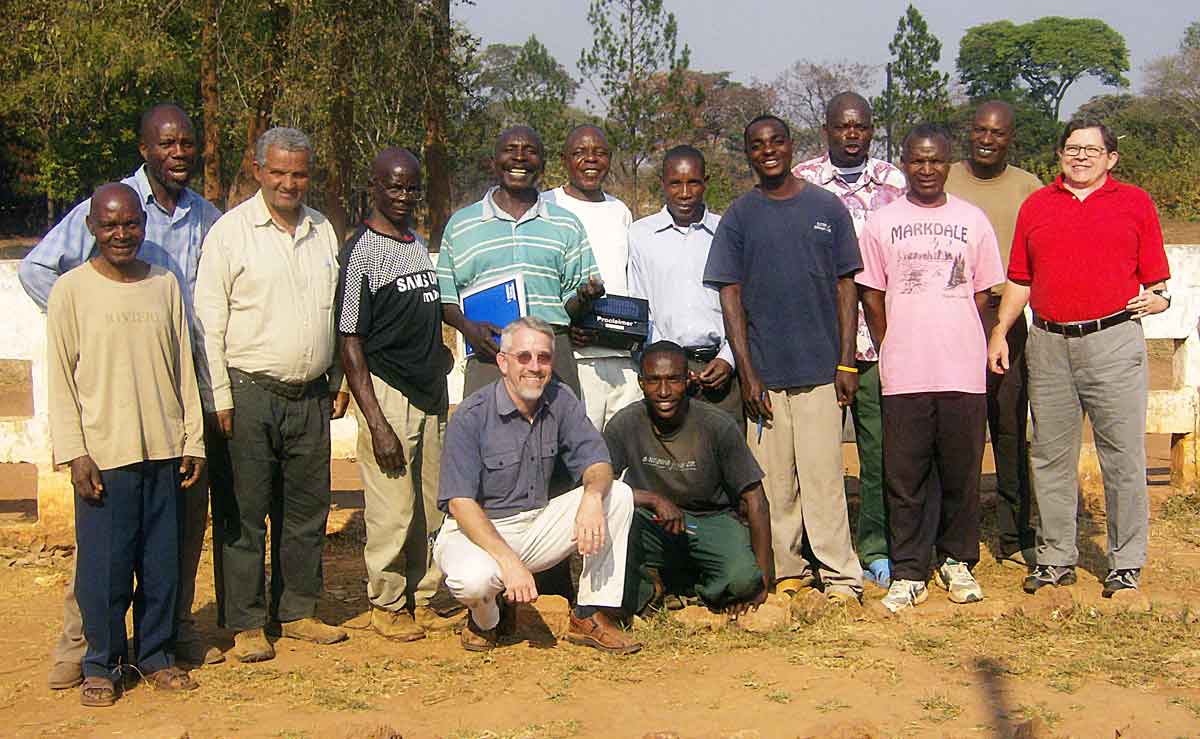 Participants from Zambia and the Congo at a conference hosted by the Road 68 Church of Christ in northwestern Zambia. (Photo provided by Becky Wooley)

An estimated 3 million people died — from bullets, disease and malnutrition — during the Democratic Republic of Congo’s five-year civil war.
The conflict ended in 2003, but the unrest continues. Roving militias continue to kill and commit sexual violence against women. There’s also a controversy surrounding Rwanda’s involvement in the eastern part of the war-town nation. (I mentioned this in a post about the Rwandan president’s visit to two Christian schools this summer.)
But the church in the Congo endures.
I recently got a report on a Bible seminar attended by a dozen church leaders from the southern part of the Democratic Republic of Congo, or DRC. The Road 68 Church of Christ in northwestern Zambia used some of its own funds to host the event. 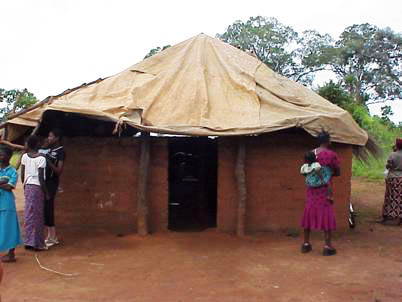 The meeting place of the Road 68 Church of Christ in the Meheba refugee camp in Zambia. (Photo provided by Brian Davis)

The church actually meets in the Meheba Refugee Camp, home to some 90.000 refugees, mostly from the DRC. Church leaders from the Congolese cities of Lubumbashi, Likasi and Kolwezi attended, said Brian Davis, who serves as a missionary in the region with his wife, Sondra.
Participants heard lessons in English and French on the theme of “Jesus — King, Savior, Bishop, High Priest and Teacher.” Bruce Wooley of the Brainerd Church of Christ in Chattanooga, Tenn., was the guest speaker.  His wife, Becky, volunteered with the local elementary school during the seminar, helping its students prepare for end-of-year testing, said Neal Coates, a member of the Davis’ supporting church, the Hillcrest Church of Christ in Abilene, Texas.
The work in the camp appears to be an African-initiated ministry — a key focus of our ongoing “Global South” series. 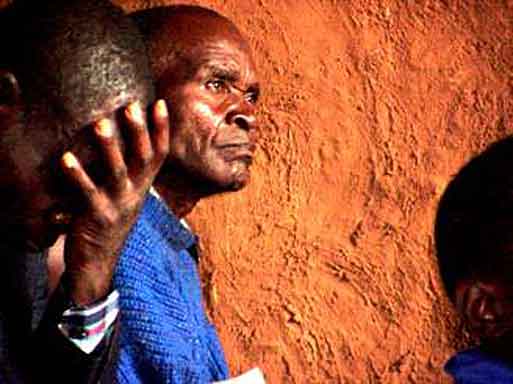 Papa Francis, age 71, a leader of the Road 68 Church of Christ, listens during the conference. (Photo provided by Brian Davis)

A few years ago, Zambian churches sent evangelist Leonard Mujala to the camp (at the time, it was the largest United Nations-run refugee camp in the world). The Davises, then missionaries in Cape Town, South Africa, made regular visits to the region and worked with Mujala. Then, in 2005, a newly appointed tribal chief — Chief Mumena of the Kaonde people — offered a facility vacated by a European development agency to Churches of Christ as a church-planting base among his people.
The Davises, along with Mujala and his wife, Mary, serve on the mission team now. Other members include two couples supported by the Cedar Hill Church of Christ in Dallas — Don and Rita Boyd and Rick and Karen Love. Next year the Boyds plan to retire and a new couple  — Sam and Ellie Rodriguez — will join the team with support from Cedar Hill. Two more couples, supported by the East Brainerd Church of Christ in Chattanooga, also are scheduled to join the team — Jeremy and Whitney Davis and Jason and Erin Davis. Two self-supporting missionaries, Bart and Stacey Bruington, returned home this spring after working with the team for about four years. 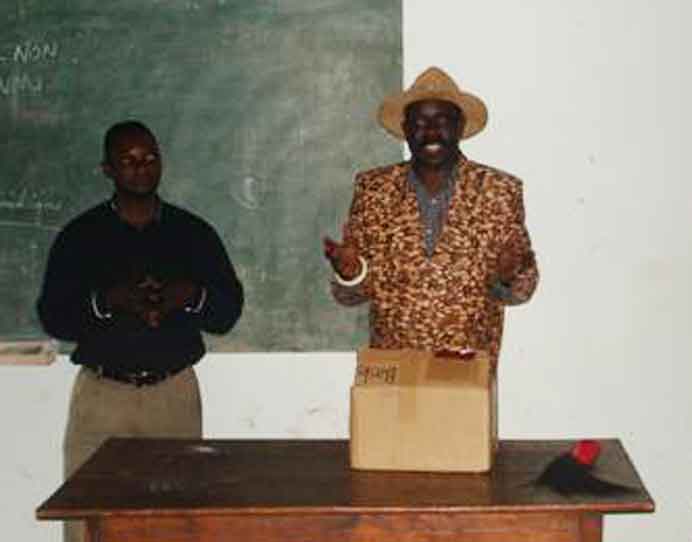 Chief Mumena greets the church leaders from the Congo during the conference. (Photo provided by Brian Davis)

Here’s an excerpt from a message I recently received from Brian Davis about the work:

As Hillcrest has participated for many years in medical missions in Zambia, they provide the mission with basic pharmaceuticals as they also conduct medical, educational, well drilling, agricultural and small business development campaigns through the year.
Our strategy seeks transformational development through holistic ministry. We are also committed to an indigenous and sustainable methodology in all that we do. Thus, we help local institutions via a grace/faith approach to development. We plant the church and we encourage the local fellowship to envision their own Christian institutions that they support and manage within the capacity of their own economy and their present ability with leadership skills.
One synergistic result of this approach has been the development of a Bible college for the training of their emerging leadership where these young churches contribute a portion of their crops in our agricultural development initiatives to fund two months of intensive Bible training.

I’ll be compiling this into a news story in the coming months. Stay tuned.