Inside Story
Photo by Jose Morales on Unsplash
Print
Share:

In the Motor City, editor enjoys a baseball adventure.

DETROIT — As a child, I dreamed of growing up to be a baseball play-by-play announcer.

I never realized that dream.

But I did make it to the radio booth — with the earphones on my head during a real major-league game — when I profiled longtime Texas Rangers broadcaster Eric Nadel for The Associated Press in 2003.

Since joining The Christian Chronicle in 2005, I have enjoyed going into a half-dozen major-league clubhouses to interview faithful members of Churches of Christ.

A final pic from this weekend: The Tigers out front — surprise, surprise — are part of what make Comerica such a cool ballpark.

One of my most memorable ballpark experiences came in 2010 when I interviewed now-retired slugger Josh Willingham at Nationals Park in Washington, D.C.

Willingham introduced me to one of my all-time favorite players: future Hall of Fame catcher Ivan “Pudge” Rodriguez. 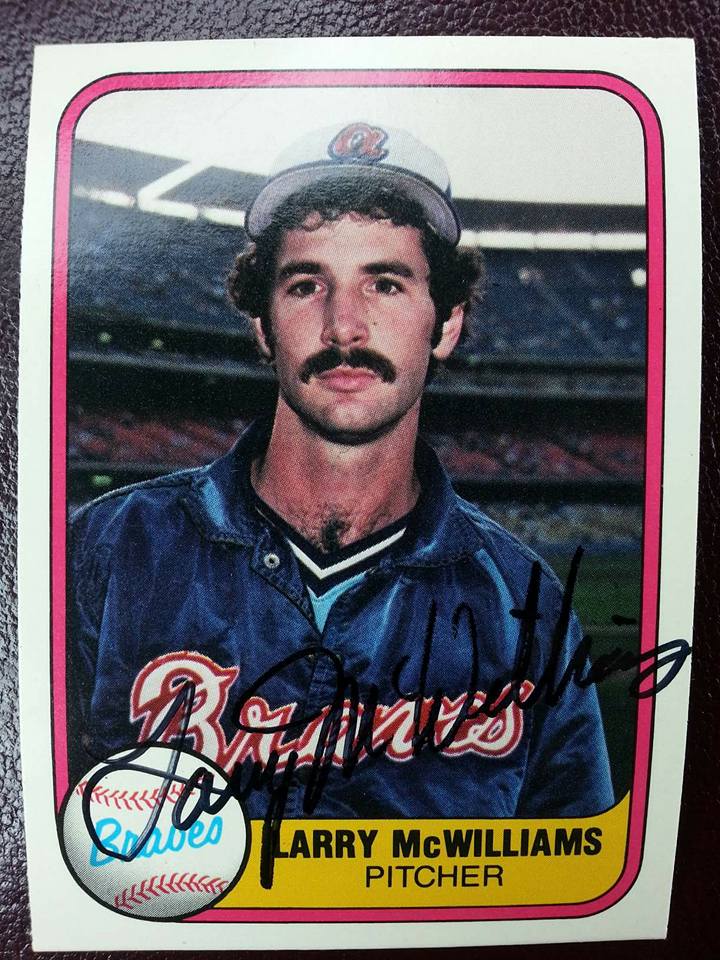 Larry McWilliams signed baseball cards for Brian Lewis, now minister for the Eugene Church of Christ in Oregon.The first major-league player I ever met was Larry McWilliams, a pitcher who won 78 games in a 13-season career (1978-1990) spent mostly with the Pittsburgh Pirates and the Atlanta Braves.

Someone introduced me to McWilliams at the old Midtown Church of Christ in Fort Worth, Texas, when he visited one Sunday in the early 1980s.

A geeky teen with a hefty baseball card collection, I immediately recognized his face and found myself star-struck and tongue-tied.

McWilliams, by the way, remains a dedicated Christian. He attends the Granbury Street Church of Christ in Cleburne, Texas.

“He was a super nice guy when I met him a couple of years ago,” said Brian Lewis, former minister for the West Side Church of Christ in Searcy, Ark. “He was surprised to find a couple of Braves fans in Arkansas. He signed two baseball cards and took a picture.”

My most recent baseball adventure came in Detroit, where I traveled to report the Chronicle’s front-page profile of Wissam Al-Aethawi, an Iraqi convert to Christianity now serving as a missionary to Muslims. 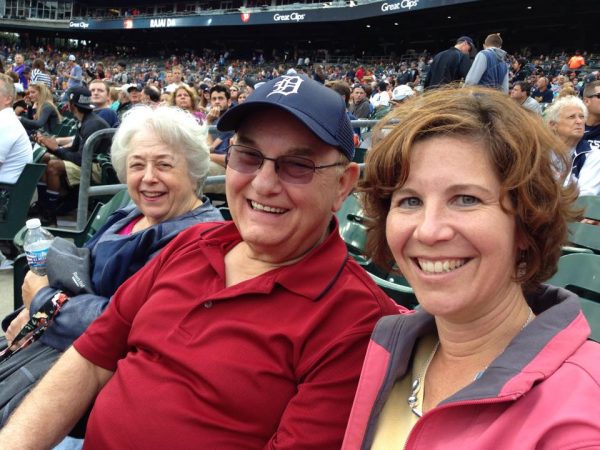 While in Detroit, I checked to see if Tigers pitcher Daniel Norris, a member of the Central Church of Christ in Johnson City, Tenn., might be open to an interview. I was delighted when he agreed to talk.

I also sat in the stands and enjoyed ballpark fellowship with Chronicle readers Doug and Janet Edwards, Randy Harris, Julie Maher, Garth Pleasant and Roger and Glenda Woods. (That’s Roger Woods and me in the picture above.)

Comerica Park lived up to the rave reviews of Tigers fans such as Ron Hadfield, communications guru for Abilene Christian University in Texas.

The tiger statues out front, the postcard-perfect downtown skyline beyond the outfield walls, the raucous fans totally committed to the heroes with the Old English “D” on their caps — all of these add to the ambience of this 15-year-old baseball shrine.

Not a bad view of today’s #Rangers-#Tigers game.