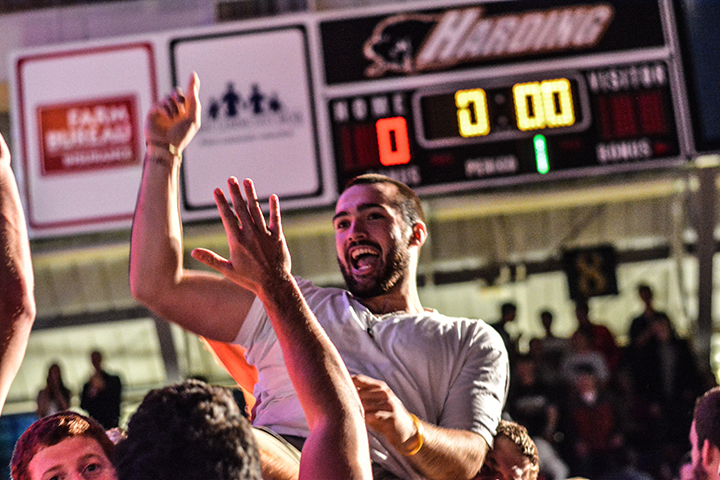 Harding University in Searcy, Ark., reports on one of its students, David Brooker, who hit a half-court shot during the university’s annual Midnight Madness — and cut his spring semester tuition bill in half.
The university reports:

“Stuff like this never happens to me,” Brooker said.
The emcee of the event, which officially opened the 2014-15 basketball season for the Bisons and Lady Bisons, called two ticket numbers before Brooker’s winning ticket, which he received from someone else at the event. …
Celebration of the crowd in the stands and the players on the floor erupted the moment Brooker’s shot fell through the hoop. Several basketball players and fans stormed the court, lifted Brooker on their shoulders, and paraded him around the floor.
“I went over to [the emcee] and said, ‘What do I do?’ And he said, ‘I don’t know. This has never happened before,’” Brooker said.

Read the full story.
Harding, a 6,000-student university, is associated with Churches of Christ. 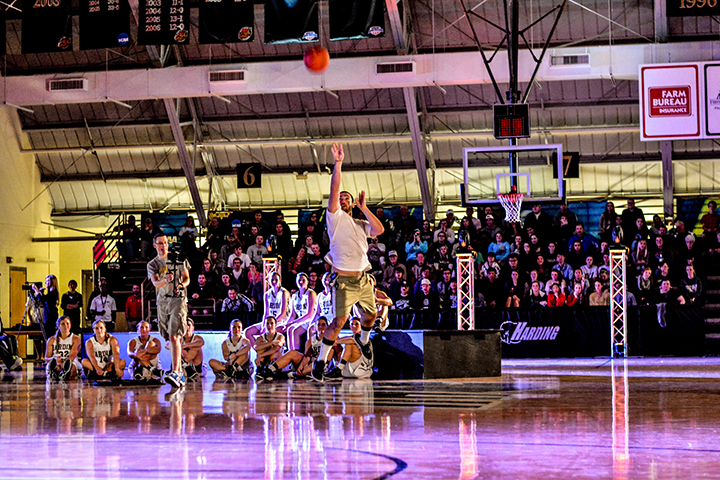