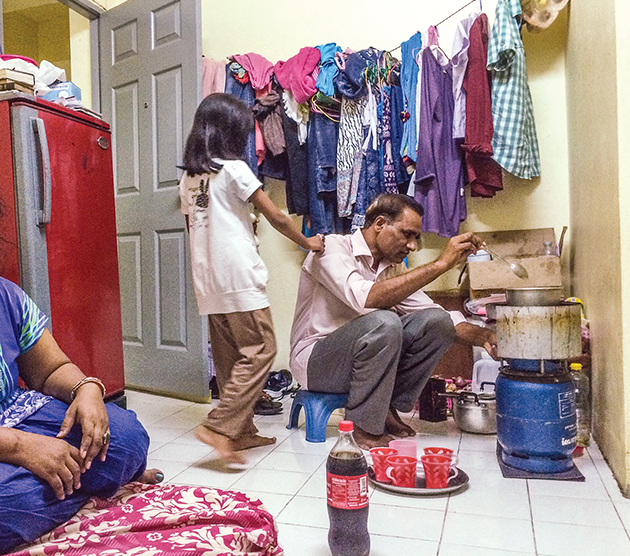 Survivors of the Taliban find new life — and new fears

Persecuted by Islamic extremists, refugees from Pakistan live as aliens in Bangkok, where a Church of Christ embraces them

BANGKOK, Thailand — She didn’t get a Nobel Peace Prize — just a bullet wound.

Sonia was 5 when it happened. She and her family were returning from her aunt’s funeral to their home in Karachi, Pakistan. As they passed their church’s compound, they heard gunshots. One ripped through Sonia’s arm and out her back. 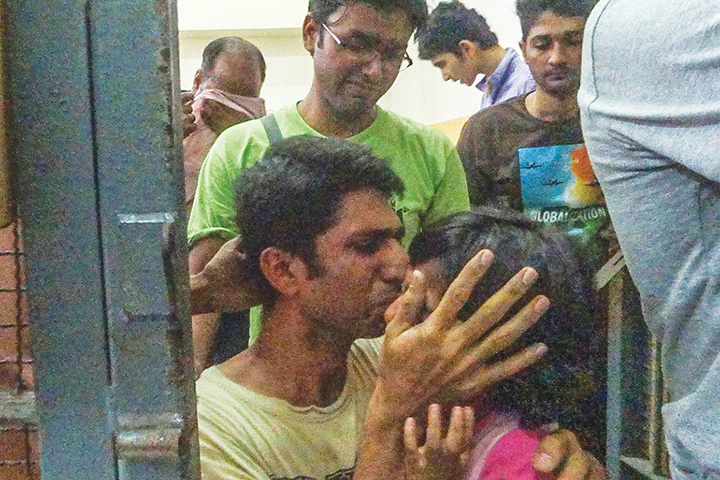 ‘Here, we feel God’s words working in our life.’ Read Erik Tryggestad’s ‘Road Notes’ about a jailed family of refugees in Bangkok.

Her mother had received a box of sweets from a young man who said “this is for your family.” Inside was candy, a note demanding 10 lakh rupees (about $9,800) and two bullets. They were the calling cards of the Taliban, the militant Islamists who shot another Pakistani girl, Malala Yousafzai, for speaking out about women’s right to education.

In Sonia’s case, “the main thing is, we are Christian,” her mother said.

Five days after the shooting, her father got a phone call demanding the money. “They said, ‘If you can’t give us money, then you become a Muslim,’” said her father. If not, “then I am an enemy of Islam, so then they will shoot me and my family.”

He remembered his daughter’s courage on the way to the hospital. Though she asked, “What have I done that Jesus punished me?” she also said she was thankful the bullet hit her and not the church gatekeeper “because he has small children.”

Her father would not convert — and he would not pay. “Whatever you want to do to me, you can do,” he told the caller.

A year later, as Yousafzai received the Nobel Peace Prize for standing up to the Taliban, Sonia and her family were living as refugees in Thailand, struggling to survive.

But here, amidst the urban chaos of Bangkok, they found a prize beyond measure.

“We are staying in Thailand, really, because of the Church of Christ,” her father said. “There, people are very loving. There, people love us like we are their family.”

“You are our family,” said Michelle Ford, sitting on the floor of the one-bedroom apartment Sonia shares with her parents and two sisters — sipping chai tea that her father insisted on preparing for their guests.

Ford and her husband, Gary, serve as missionaries in Bangkok, working with the Somprasong 4 Church of Christ. The congregation has adopted several families among the estimated 6,500 Pakistanis living as urban refugees in the city.

Many grew up Catholic. Others are Ahmadis, a branch of Islam whose followers are persecuted as heretics by militant Muslims. 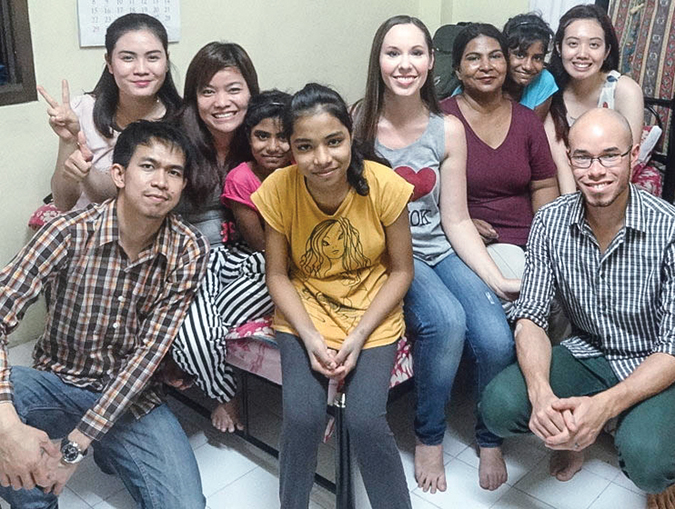 Members of the Somprasong 4 Church of Christ, including Gary Ford (far right) and his wife, Michelle (with a heart on her shirt) serve — and worship alongside — Christian refugees from Pakistan (PHOTO PROVIDED)

Serving the refugees, who sold most of their possessions to make the journey to Thailand, means assisting with food, bus fare and medical bills.

It also means visiting them in jail — and convincing authorities to keep them from being deported.

The Pakistanis register with the United Nations High Commissioner for Refugees and receive the status of “persons of concern” — the first step in official recognition as a refugee.

However, as the UNHCR considers their cases, this status “means nothing to the average Thai policeman or immigration officer on a raid,” said Phil Robertson, deputy Asia director for Human Rights Watch, a non-governmental organization that conducts research and advocacy on human rights. 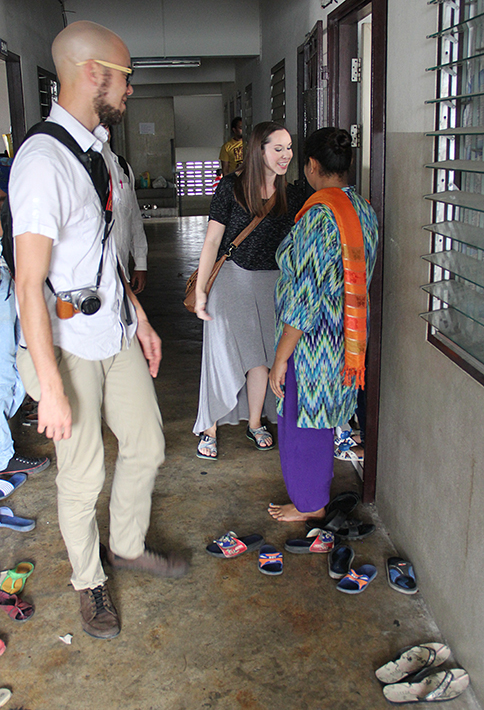 Gary and Michelle Ford visit a complex in Bangkok where refugees from Pakistan live in one-room apartments. (PHOTO BY ERIK TRYGGESTAD)

The Pakistanis are unable to earn income in Thailand legally and live under the constant shadow of arrest for overstaying their visas.

“The core problem in Thailand is that there is no recognition of ‘refugee’ as a legal status under Thai law,” Robertson told The Christian Chronicle. “It sounds absurd, given that Thailand has served as a refuge for millions of refugees from Cambodia, Laos, Burma, Vietnam and other countries over the past 50 years, but that’s the reality.”

Human Rights Watch urges the government to reconsider its policy.

“Thailand is going precisely the wrong way on refugee protection,” Robertson said, “and should recognize that these persons are desperate and have the right to protection under international law.”

CULTURE CLASHES AND SEEDS OF FAITH

Despite the persecution they’ve endured, Sonia and her family count their blessings. Due to the shooting and other health issues, they have an asylum hearing scheduled in May. Other Pakistanis say their hearings won’t happen until 2017.

As they wait, they worship — and seek fellow believers.

In late 2013, one group of refugees passed the building where the Somprasong 4 church worships. They couldn’t read the Thai letters — just the bold English ones underneath, “CHURCH OF CHRIST.”

Soon, the church was flooded with Pakistanis. They behaved differently from the Thai Christians, who value calmness and quiet. 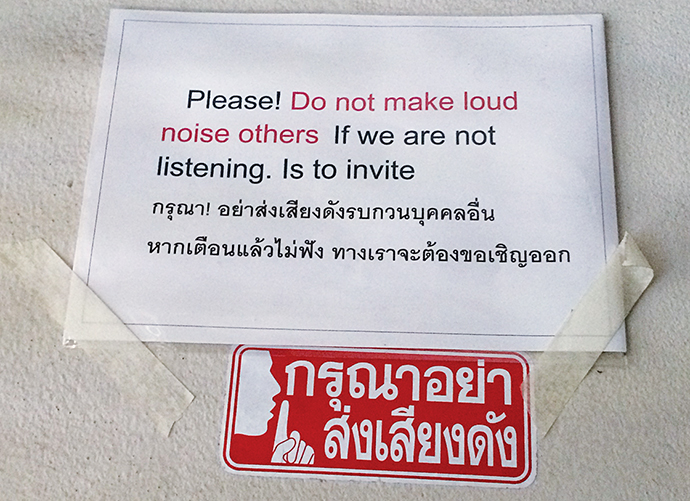 For the Thais, serving the refugees’ needs is a challenge. Pakistanis like a particular kind of rice that’s hard to find in Bangkok. Some resist learning to cook Thai food. Their native dishes are reminders of a homeland they were forced to leave.

Sonia’s family started attending the church just weeks after the Fords arrived from the U.S. The couple does their best to help the Thais and Pakistanis navigate their cultural differences.

They also study the Bible with the refugees. Sonia’s mother and father have been baptized, and recently one of her older sisters asked to be immersed. 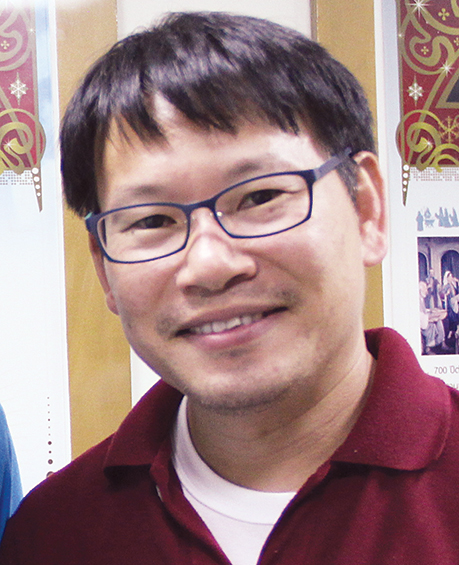 Despite the clash of cultures, the experience benefits the congregation, said Sam Sermlertaree, one of the ministers for Somprasong 4.

“We Churches of Christ here have to learn about them,” Sermlertaree said of their Pakistani guests. “We love the truth, but sometimes we lack hospitality.”

Shortly after they started worshiping with the church, Sonia and her sisters learned to say “sawatdi kha,” the traditional Thai greeting, with palms pressed together in prayer-like fashion.

That “melted the heart of the Thai Christians,” Michelle Ford said. “They love these guys.”

The family “has been very bold in teaching others,” Gary Ford said. The refugee Christians “want new visitors to know the Gospel.”

As they live as aliens in a foreign land, “we put a little seed of faith in their heart and pray that God will make it bigger,” Sonia’s mother said.

Learn more about Gary and Michelle Ford’s mission to help Bangkok’s urban refugees. The couple requested that we withhold some names from this report for security reasons.