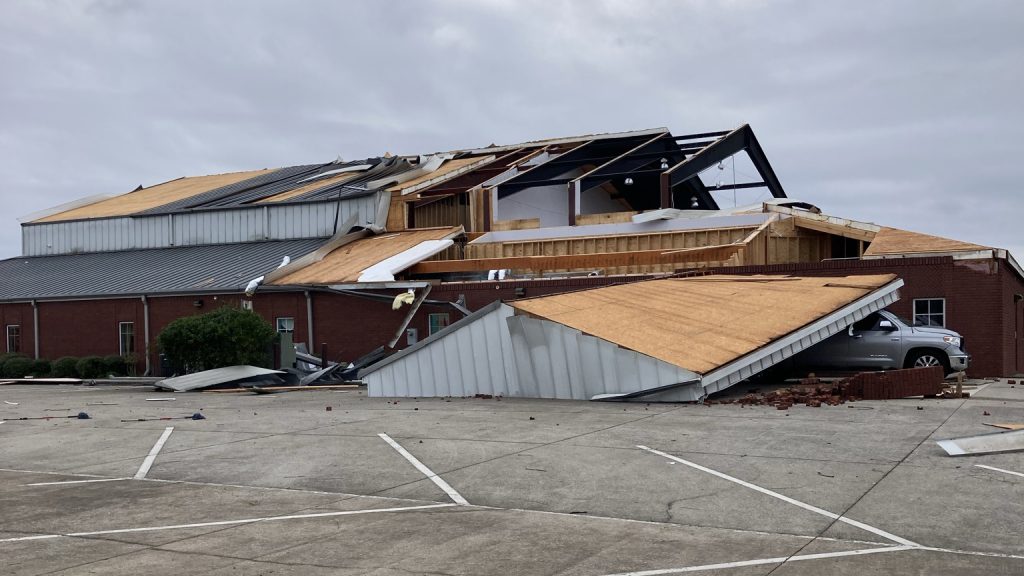 Storm damage to the Cornerstone Church of Christ in Florence could take more than a year to repair.

A strong storm last week caused extensive damage to the Cornerstone Church of Christ building in Florence, Ala.

There were no injuries, but the church expects to be out of the building for at least a year, Cornerstone elder Charles Haddock told The Christian Chronicle.

Cornerstone had canceled its Wednesday night Bible study ahead of the expected storms, so only three people were in the building — safely hidden in the basement — when it was hit by straight-line winds around 90 mph, Haddock said.

The winds entirely stripped half of the roof, leaving open the auditorium, gym and kitchen. Engineers have been hired to determine the full extent of the damage, but contractors’ initial estimates have put repairs at a year or more, depending on how much of the building must be torn down.

Meanwhile, tarps are being put over the roof ahead of more storms expected this week. 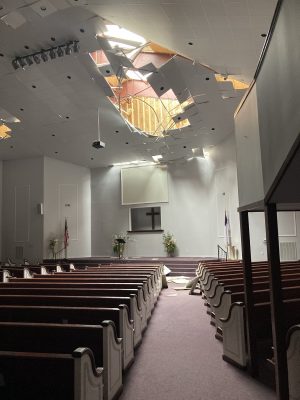 Damage to the interior of the Cornerstone church building.

Haddock said he’s been encouraged by the support from other churches in the area and remains optimistic.

“This area is blessed with lots of congregations within our brotherhood, Haddock said. “And we have plenty of offers from other faiths, denominations, that have been just wonderful to us. … People have just been great with the outpouring of offers and their love and support.”

This past Sunday, the congregation met in its Teen Center, a separate building normally used for youth activities and a food and clothing ministry.

“We had a great worship service yesterday over there,” Haddock said. “The building was full, and we’re just looking forward to seeing what God has in store for us through all of this. And whatever it is, we’ll try to serve him.” 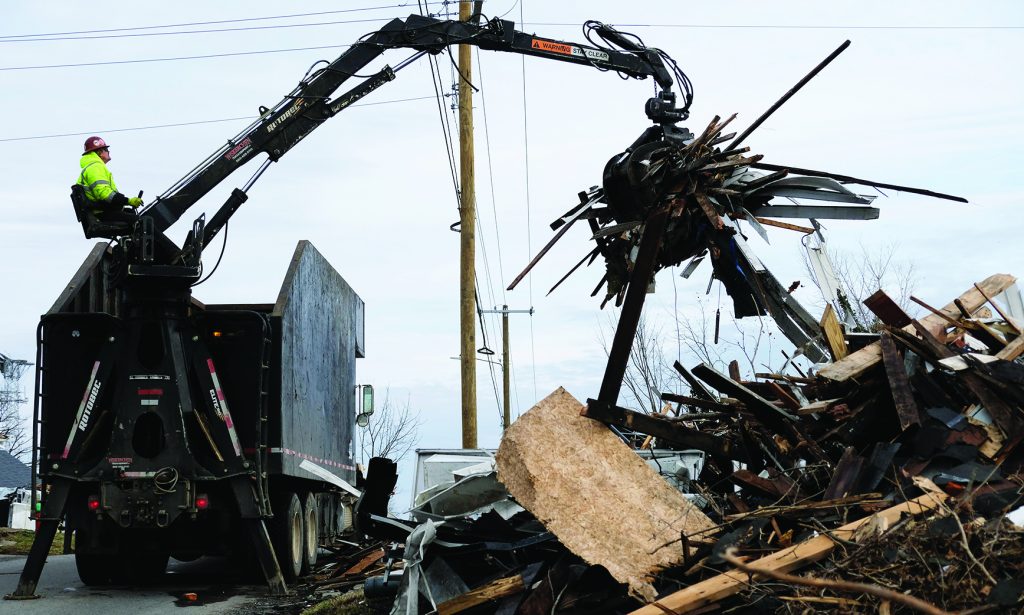 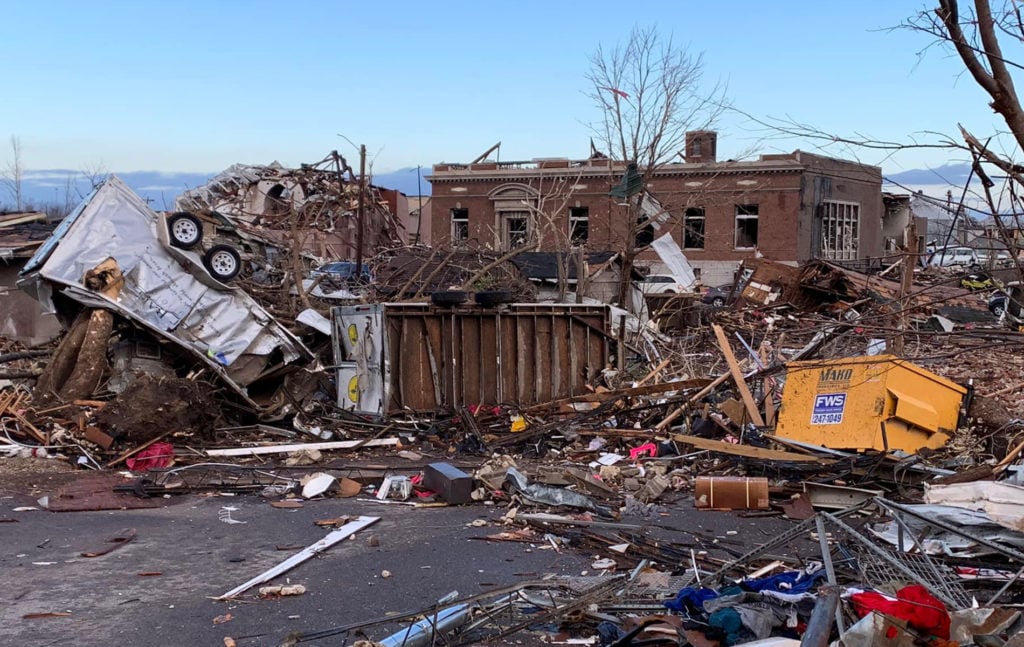 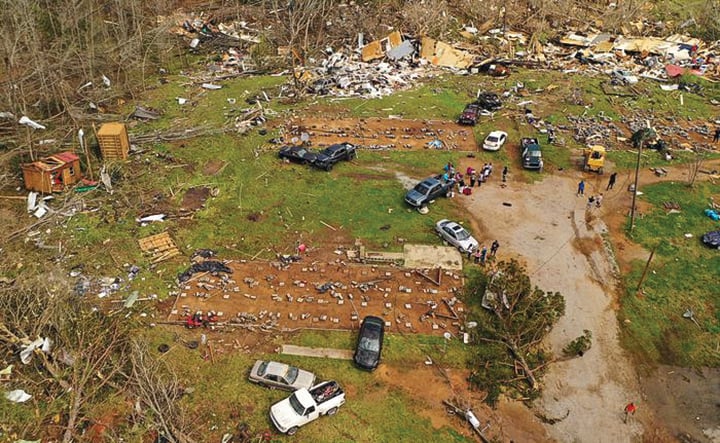 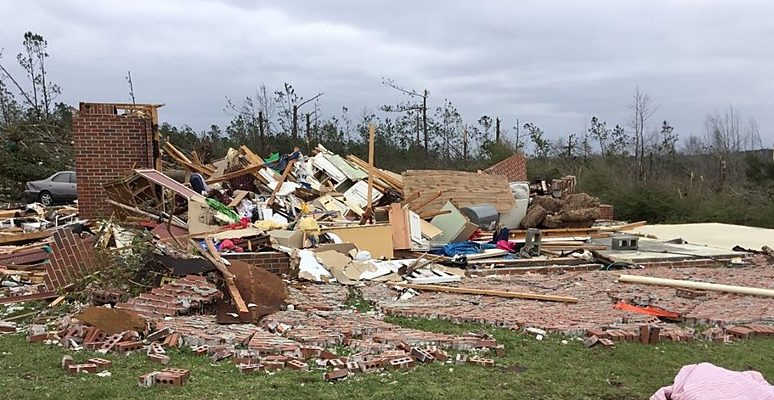