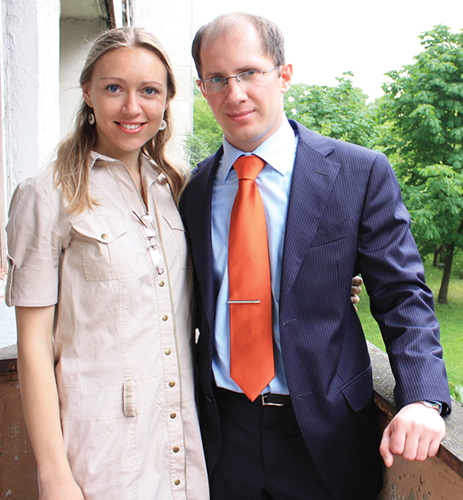 Staff Reports
KLAIPEDA, Lithuania — Illia Amosov was a self-confessed “street punk, a hoodlum” who often was in trouble with his mom — and the law.

He once was arrested for shoplifting a Pepsi and wanted nothing to do with Christianity.
“My mother brought Christians to preach to me, and I was cursing them,” he said. He was 20 at the time. A year later, he was a convert.
Now a full-time preacher, Amosov and his wife, Daiva, recently moved to Klaipeda, a city of 158,000 souls on the Baltic Sea, to work with a Church of Christ.
For 10 years, the Amosovs served a congregation in Lithuania’s capital, Vilnius. Ilia Amosov also helped direct Camp Ruta, an annual youth camp that has resulted in changed lives and baptisms. The Amosovs join Kestutis Poudziunas, who has served the Church of Christ in Klaipeda for more than 10 years.
Winning hearts to Christ in an increasingly jaded post-Soviet Europe is challenging, Ilia Amosov said. He takes encouragement from Bible stories about Jesus blessing small efforts — including the miraculous catch of fish in Luke 5.
One of his favorite verses is Proverbs 24:27: “Finish your outdoor work and get your fields ready; after that, build your house.”
“This really motivates me to finish what I’m doing,” he said