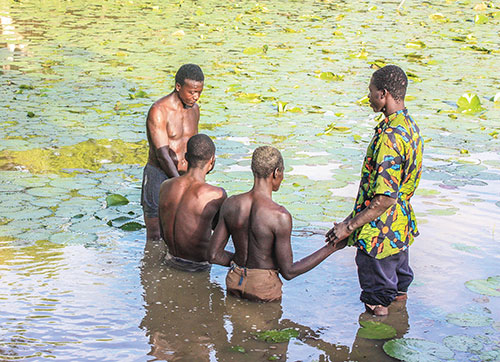 Staff Reports
OUAGADOUGOU, Burkina Faso — Current and former missionaries to this landlocked nation in West Africa ask for prayers after an attack by terrorists claimed 28 lives and left 55 injured.

Militants with Al-Qaeda in the Islamic Maghreb claimed responsibility for the attacks at a hotel in the capital, Ouagadougou.

Missionaries supported by Churches of Christ work among the people in a disciple-making movement — resulting in thousands of baptisms.

One American couple, Geoffrey and Suzanne Richter, currently serving in the country, reported 774 baptisms and seven new churches in 2015.

Though no missionaries or members of Churches of Christ were reported among the casualties, the attacks claimed the lives of workers with other faith groups, including Michael Riddering, who oversaw an orphanage and partnered with the Richters in a program that helps infants in distress.

During the attacks, another group of terrorists kidnapped Dr. Ken Elliot, an 80-year-old Australian medical missionary, and his wife Jocelyn in Baraboule, 100 miles from the capital.

“I have thought of their kindness many times over the years,” Amy Carter, a church member and former member of a mission team to Burkina Faso, said of the Elliots. “They have touched my life. Please join me in praying for this amazing couple who have blessed so many lives.”