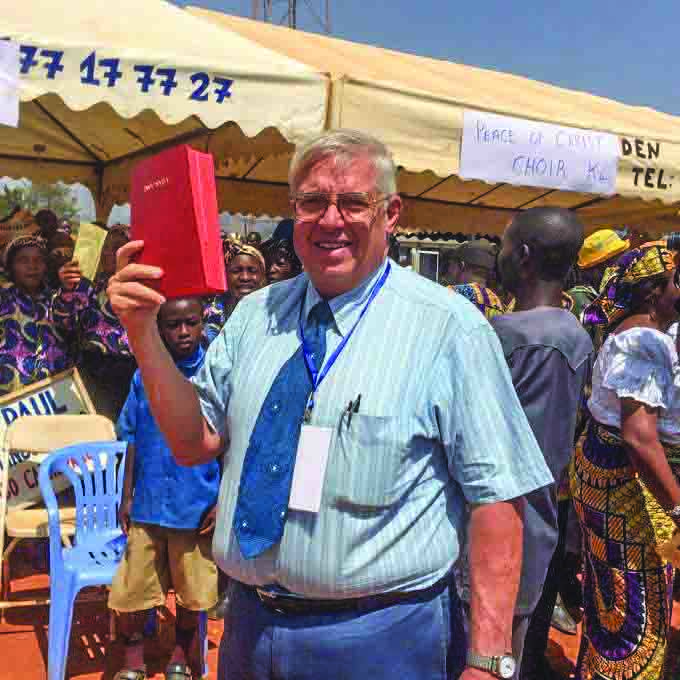 Spotlight: A language of faith

Staff Reports
NSO, Cameroon — People in this West African nation gave a big “Beeri Wo” (“thank you”) to members of Churches of Christ recently as they received copies of the Bible in their native language, Lamnso. 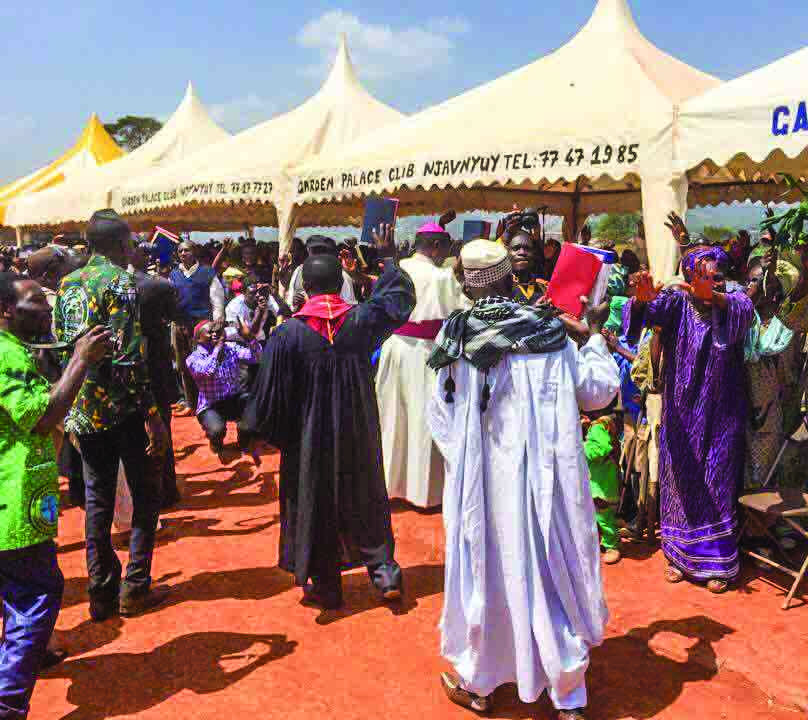 Cameroonians cheer as they receive copies of the Bible in their language.Missionaries Paul and Janet Kee have worked with the Lamnso people for more than 40 years.

Translating God’s Word into Lamnso, spoken by more than 600,000 people in West Africa, was a 16-year project. Paul Kee and five graduates of Banso Bible School assisted in the work.

More than 5,000 people from the community, representing a variety of faith groups, attended a celebration of the new Bible and received copies.

“This was such a breakthrough for the Lord and his church,” said Barbara Kee, Paul Kee’s mother who also served as a missionary to Cameroon, “and will have a lasting impact on that tribe and nation.”