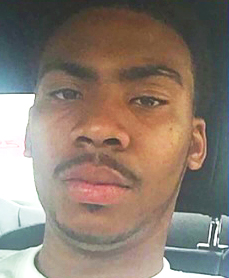 Jacqueline Terrell-Jones can’t remember the exact title of Steven Holmes’ eulogy, but either way, she does know that it led to 47 baptisms.

Though Holmes, 19, didn’t attend church, his extended family does. So when news broke that Holmes had been accidentally shot in an east Detroit home, cousin Anthony Gavin agreed to eulogize him.

The funeral service was held on Aug. 20 at Detroit’s Wyoming Avenue Church of Christ, where Gavin attends.

“I don’t even think he knows what he said,” Terrell-Jones, office administrator for the church, said about Gavin’s message. “The message Anthony relayed was that he had his whole life in front of him, and look how quickly it can be taken.

“Wouldn’t you rather be saved than not?” she recalls him asking.

“All the people that (were baptized) do not attend church,” said Terrell-Jones. “They were strictly newcomers who came for the funeral. They had no idea they would accept Christ at the funeral.”

Terrell-Jones said at first the mood was solemn, but by the end people were rejoicing — and helping as much as they could.

“We were running out of towels,” said Terrell-Jones. “We have an abundance of supplies, but we aren’t prepared for 47 baptisms at a time. We were throwing towels in the dryer while the next group came up.

“It was chaos — a spiritual chaos.”

Since the service, several of the newly baptized have been visiting the church.

“You wonder if they get caught in the emotion or if they are sincere,” Terrell-Jones said. “I believe more will come back because they really liked our congregation.

“I don’t think they realized the Church of Christ could be like this.”