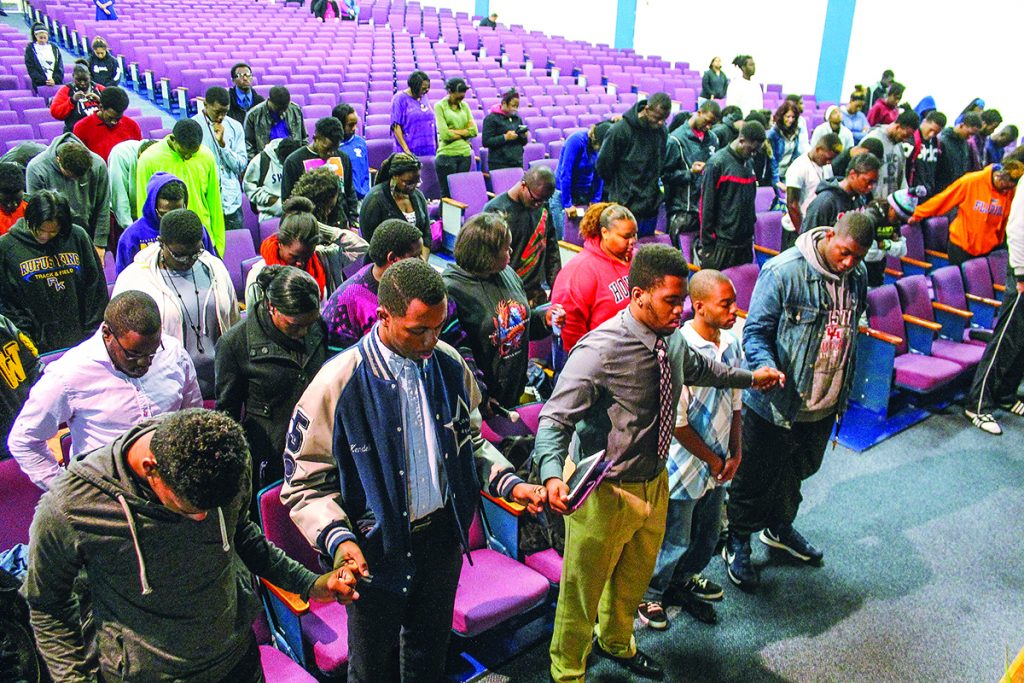 Historically black Christian college seeks donations and prayers to 'be able to survive.'

The sudden loss of $500,000 a year in federal funding has exacerbated long-standing financial difficulties, top administrators told The Christian Chronicle.


“This has crippled our recruiting capabilities and several vital operational needs,” said James O. Maxwell, vice president of institutional advancement. “Please pray for us that we might be able to survive this crisis.” 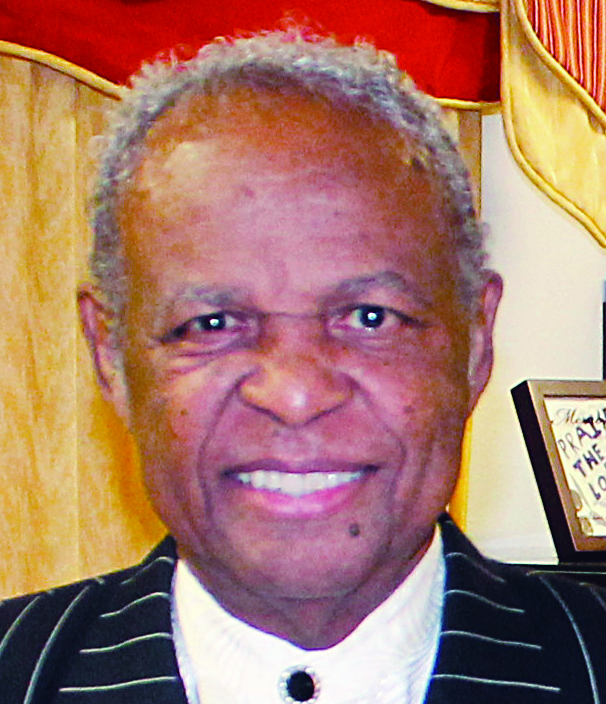 Southwestern Christian College President Jack Evans (PHOTO BY BOBBY ROSS JR.) Jack Evans, Southwestern’s president since 1967, voices confidence that God will provide the funds necessary for Southwestern to survive and thrive.
Asked if the college might be in danger of closing, Evans replied, “That’s been an issue ever since we’ve been in existence. … I have just worked here based on the faith that it would get better, and I still believe it. I don’t live under the threat or the fear of closing.”
Southwestern has 172 students this semester — down 24 percent from an enrollment of 227 five years ago.
Evans blames the decline on a poor economy and changing societal values.
“We serve a number of low-income families,” he said. “It’s also a matter of our holding very firmly to our Christian principles. Some people avoid Christian colleges because the students want to do some things that we just don’t condone.”
Originally known as the Southern Bible Institute in Fort Worth, Texas, the college moved to this town 30 miles east of Dallas in 1949. Southwestern’s campus previously housed the Texas Military Institute.
Roughly half the nation’s predominantly black Churches of Christ have ties — through a minister, elder, deacon or leader’s wife — to Southwestern, its administrators say.
Nationwide, there are 1,187 predominantly black congregations with 213,802 men, women and children in the pews — 13.8 percent of the fellowship’s total adherents, according to  Churches of Christ in the United States,  published by 21st Century Christian.
Many Southwestern students transfer to another Christian college after two years. However, Southwestern offers a four-year degree in biblical studies.
Besides training future preachers, Southwestern’s niche includes educating students — many from low-income households — who enter college needing remedial studies. While still primarily black, the student body includes a few whites and Hispanics. 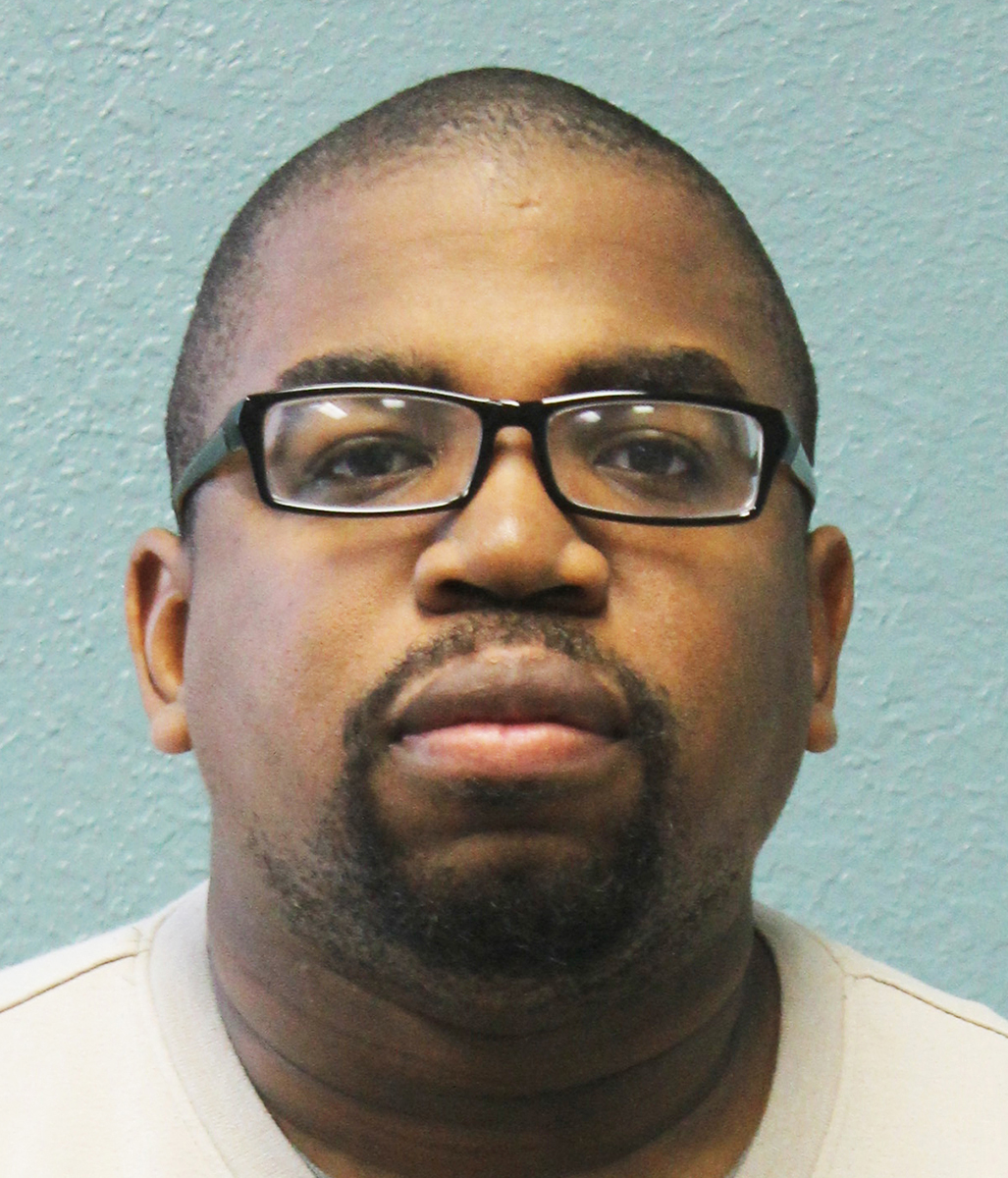 For years, Southwestern has received federal grants allocated to historically black colleges and universities — known as HBCUs.
But just before the start of the fall 2012 semester, the college received word that Uncle Sam was cutting in half two grants that had totaled $1 million a year, said Joyce Cathey, the college’s comptroller.
“Of course, that coming at a time like that was completely devastating,” said Cathey, a 30-year employee whose three children all attended Southwestern.
The grants are awarded on a five-year basis, so Southwestern faces a total loss of $2.5 million, she said.
“It was devastating because even with the monies we received from those grants, we were still struggling,” Cathey said. “And we used those grants as leverage for buying power, and then the vendors that we worked with were sensitive to our needs and worked with us on multi-year-type payment plans.
“We could purchase, say in technology, where we could not cover (the expense) in one grant year, but they’d know we were in a multi-year grant, so they’d make the payments due over those years for us,” she added. “When the grants got cut, the obligations are still there, but the funds are not there.” 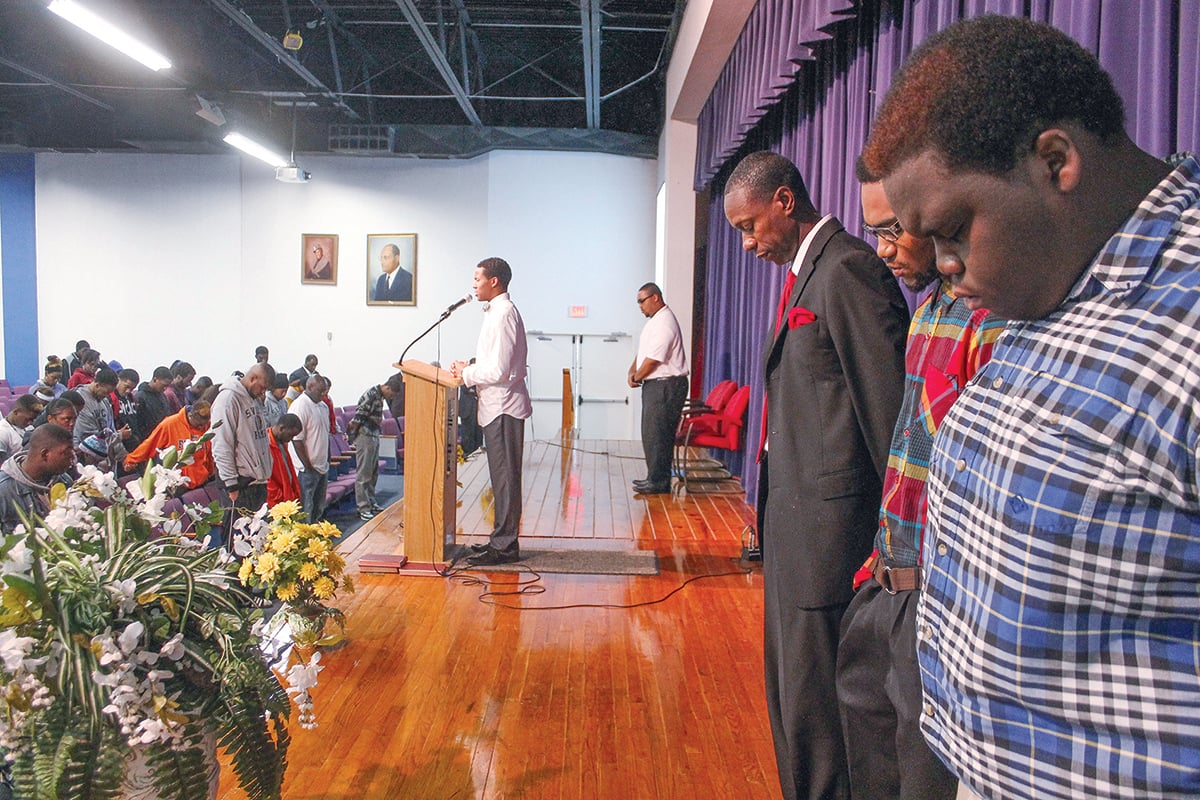 The Southwestern Christian College student body and staff bow in prayer during a chapel service. (PHOTO BY BOBBY ROSS JR.)

Over the long term, a reluctance to borrow money has benefited Southwestern, its president said. He noted that some debt-ridden HBCUs — such as Saint Paul’s College in Lawrenceville, Va. — have been forced to close.
“We have gone on a policy of ‘pay as you go,’” Evans said. “That’s the thing that’s keeping us alive compared to some other schools.”
Southwestern ended 2011 with $6.7 million in net assets, such as its campus buildings, and $498,000 in total liabilities, according to Internal Revenue Service filings.
However, the college exhausted most of its meager endowment to help rebuild its administration building after a 2008 fire, officials said. Christians across the nation made gifts to help rebuild, but the contributions were not enough to complete the project. 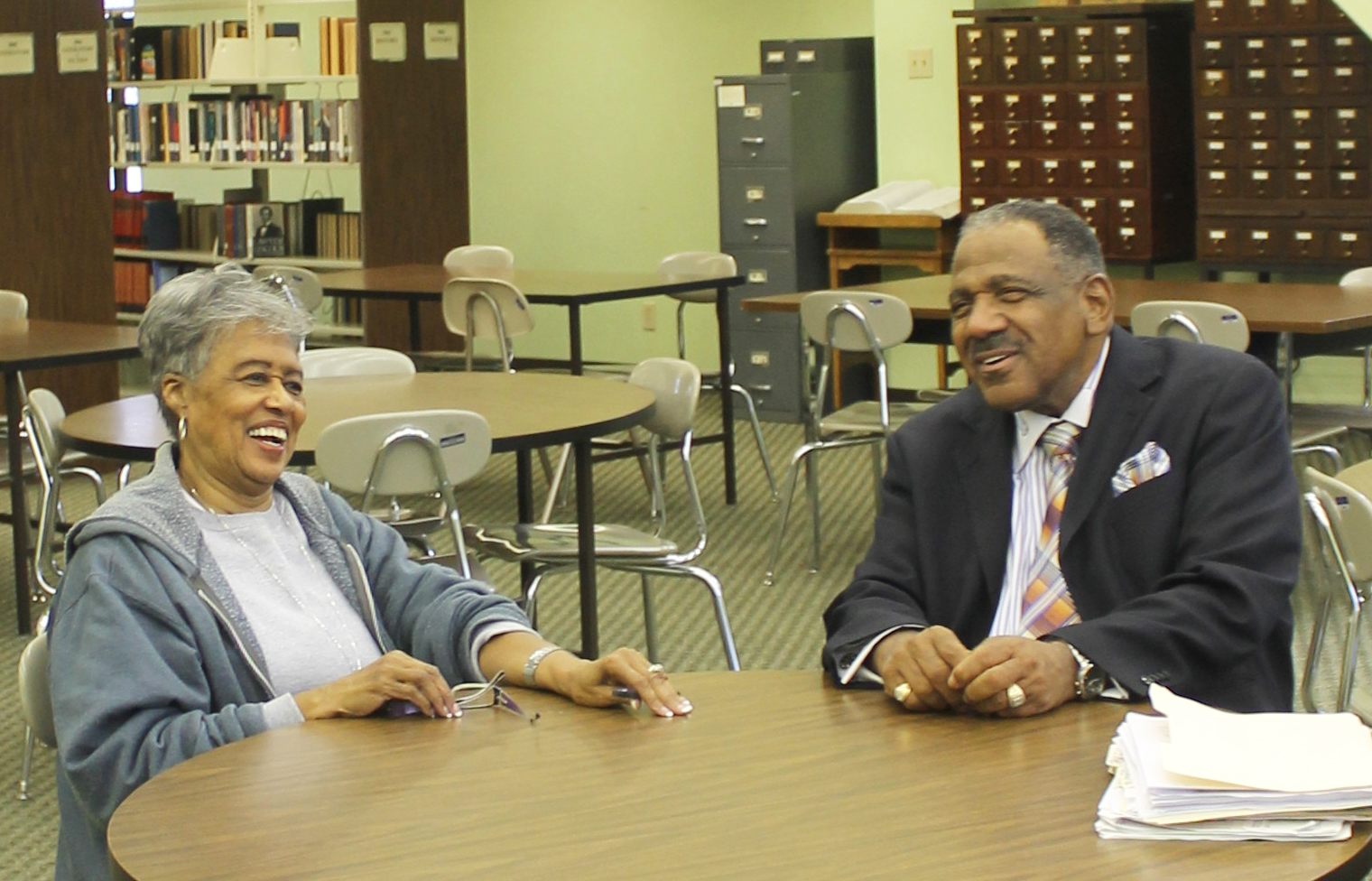 Head librarian Doris Johnson visits with vice president James O. Maxwell at the Southwestern Christian College library. (PHOTO BY BOBBY ROSS JR.)At other Christian colleges, it’s not unusual to see senior-level administrators draw six-figure salaries. At Southwestern, the president and five other top employees made average salaries of about $46,500, according to the IRS reports.
“The people here, we haven’t had a raise in 10 years or more,” said Maxwell, who earned a doctor of ministry degree from Southern Methodist University and has worked at Southwestern, his alma mater, for 43 years.
“A lot of people are working here because of their dedication. We have a lot of alumni (on staff), and then a lot of people moonlight,” added Maxwell, who commutes each weekend to Kansas City, Kan., where he serves as minister emeritus of outreach and development for the Roswell Church of Christ.
“We have gone on a policy of ‘pay as you go. That’s the thing that’s keeping us alive compared to some other schools.” Jack Evans
A CAMPAIGN TO IMPROVE FINANCIAL OUTLOOK

Southwestern isn’t the first college associated with Churches of Christ to face serious financial difficulties.
Unable to sustain itself as enrollment and donations kept falling, Western Christian College and High School in Regina, Saskatchewan — a pillar of Churches of Christ in Canada for 67 years — ceased operations last year.
That closing came three years after the decision to shut down Cascade College in Portland, Ore. — also a financially troubled, outside-the-Bible-Belt school.
Churches of Christ in the Philadelphia area still lament the loss of Northeastern Christian Junior College in Villanova, Pa., which merged with Ohio Valley University in Vienna, W.Va., in the mid-1990s. 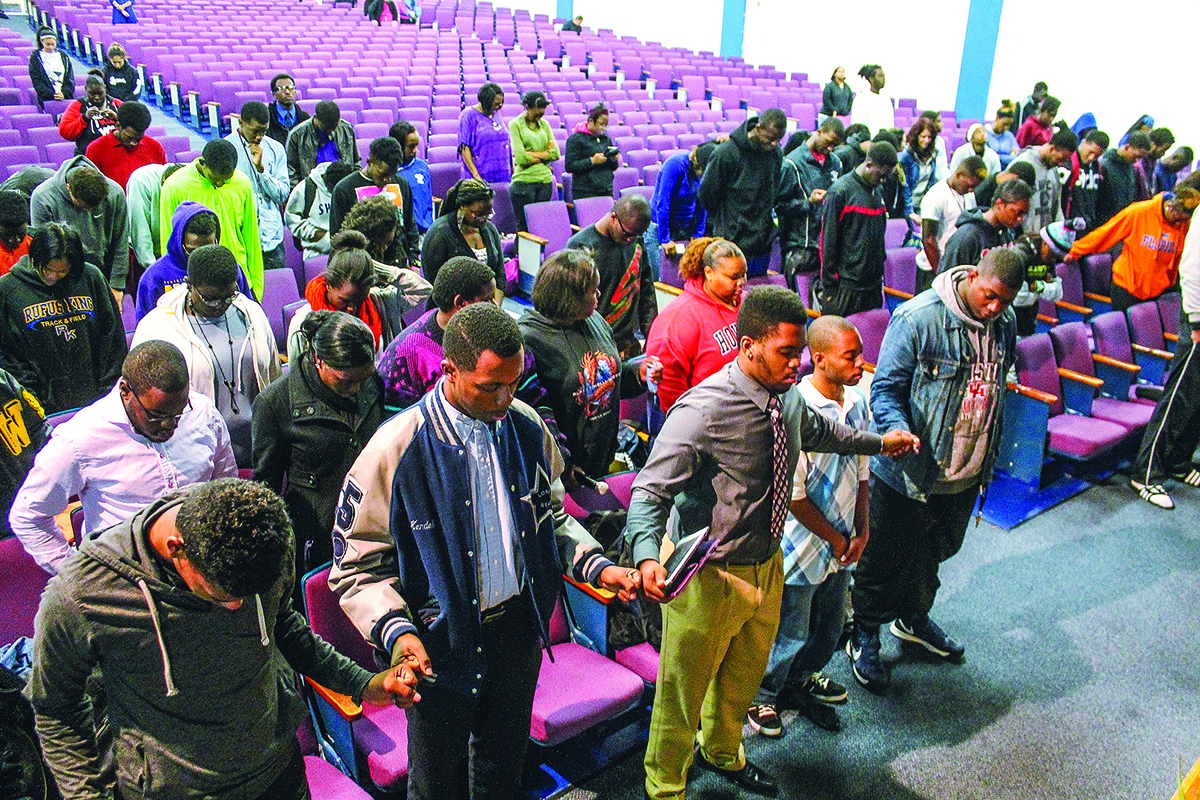