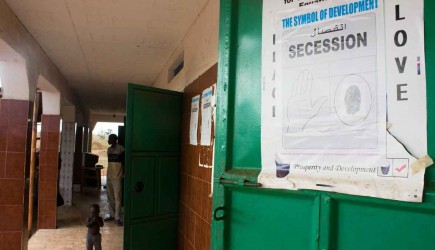 Staff Reports
On July 9, Sudan loses its status as the largest nation on the African continent. The country splits into two nations — the Republic of Sudan and the Republic of South Sudan.
Conflicts between the north and south date back to Sudan’s independence in 1956. After more than 1.5 million deaths due to war, opposing forces signed a peace deal in 2005. In January 2011, more than 99 percent of the people in South Sudan voted for independence.
The population of the new country, about the size of Texas, is estimated between 8 million and 10 million. South Sudan has adopted a new flag and a national anthem.
The regions of the Nuba Mountains and Blue Nile remain in dispute. In recent months, the Sudanese government has attacked rebels seeking independence in those regions.
In 2004, an anti-government uprising began in the western Sudanese region of Darfur. Militias supported by the Sudanese government have killed hundreds of thousands in Darfur, according to news reports.
SOURCES: CIA World Factbook (cia.gov), BBC World Service, The New York Times