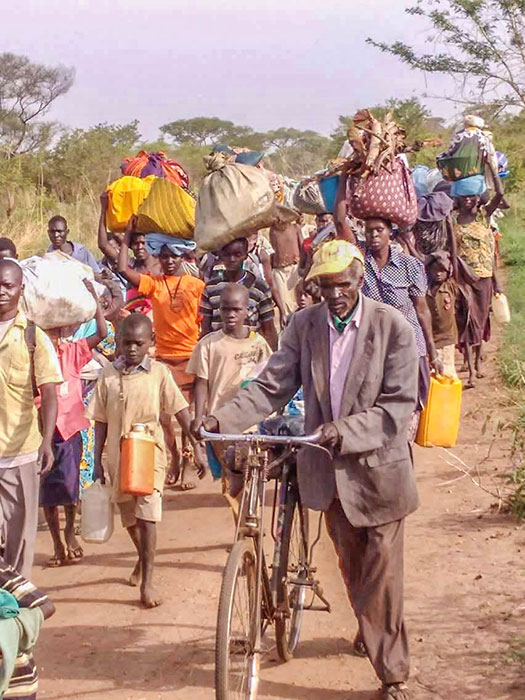 Erik Tryggestad
President and CEO
See latest updates — and learn how to help in relief efforts — at the end of this report.

That’s how a South Sudanese man described the terror that overtook the village of Pajok Monday, as government soldiers clashed with rebel militias, Reuters reports.

The village, in the southeast corner of the world’s newest nation, is home to a Church of Christ, a preacher training school and a medical clinic overseen by The Sudan Project, a ministry of the Mt. Juliet Church of Christ in Tennessee.

Many of the church members in Pajok fled months ago to refugee camps in Uganda — the same camps where they became Christians during Sudan’s long civil war that ended with South Sudan’s independence in 2011. 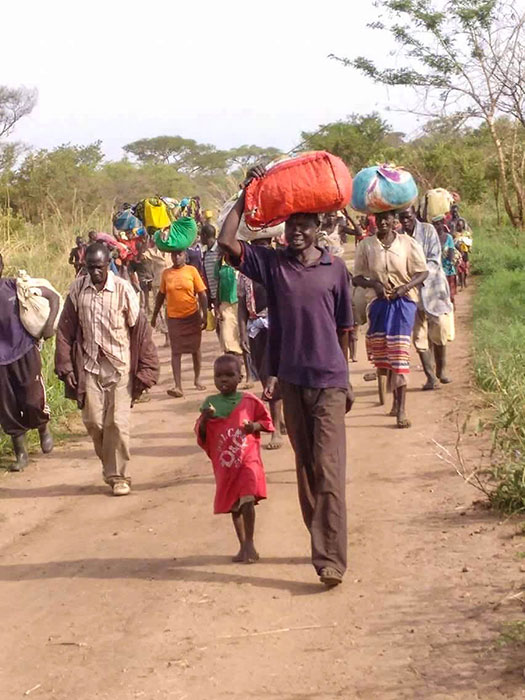 
Images captured by a lab technician from the church-run clinic show additional waves of refugees walking from Pajok south to the Ugandan border — just hours before the attack.

In July, after clashes between government forces and rebels loyal to the country’s ousted vice president, rebel soldiers took control of Pajok, also known as Parajok, and nearby communities — and forcibly recruited males age 15 and up into their army, said Don Humphrey, The Sudan Project’s director.

As Christians fled to refugee camps, the ministry temporarily closed the preacher-training program but left the clinic open.

After the Monday attack, Reuters reported from a refugee camp in Uganda:

“If you ran, you got shot; if you got arrested, you got slaughtered,” said 35-year-old Lokang Jacky. “There were women who got shot. We just slept in the bush and then at 6 this morning we started walking.” 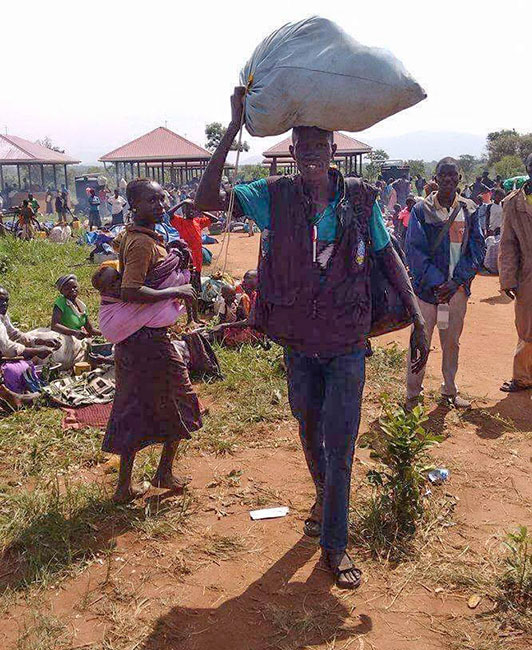 Villagers flee from Pajok to Uganda. (PHOTO PROVIDED)
Tony Aborra, a 42-year-old peasant farmer, had to be carried to Uganda on the back of a bicycle due to a bullet lodged in his right heel.

“It was a stray bullet, maybe a kilometre away,” he said, grimacing as he unwound the handkerchief bandage around the wound.

“We just ran,” Alloyo said. “I spoke to a colleague at the hospital, but she said she had been detained. I don’t know what has happened to her. Now the calls do not go through.”

Update (April 6): John Jock, head of The Sudan Project’s clinic in Pajok, reports that the clinic’s staff and church members from the village arrived safely at the South Sudan/Uganda border and are attempting to settle in a newly opened refugee camp there.

“We are not yet sure about our building in the compound (back in Pajok),” Jock said in a message from Uganda, “but we are hoping that God will be in control and protect our building and the medical equipment.”

Read our 2015 feature on Jock, who was seized by soldiers in Pajok because of his ethnicity — but released three hours later because of his reputation as a servant of Christ.

How to help: Healing Hands International has provided relief funds for the people of Pajok that have helped provide food, blankets and necessities for 720 families, says Isaya Jackson, a South Sudanese minister from Pajok who is serving people in the refugee camps. To support the work, see www.hhi.org.More from South Sudan
The Gospel in South Sudan: In world’s newest nation, Africans plant churches