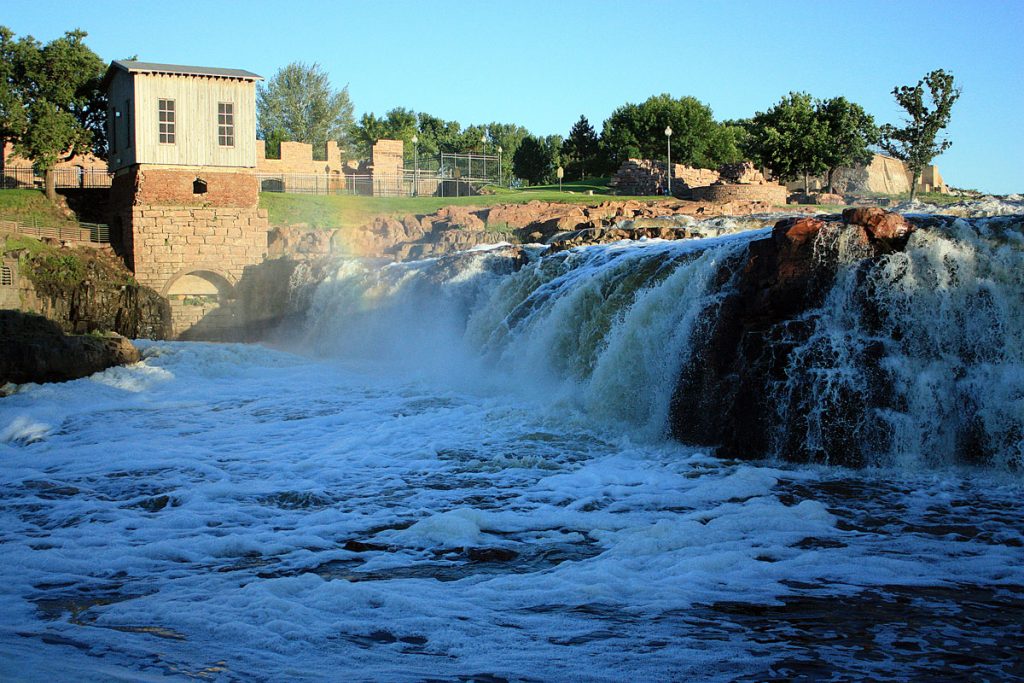 South Dakota — where everybody knows your name 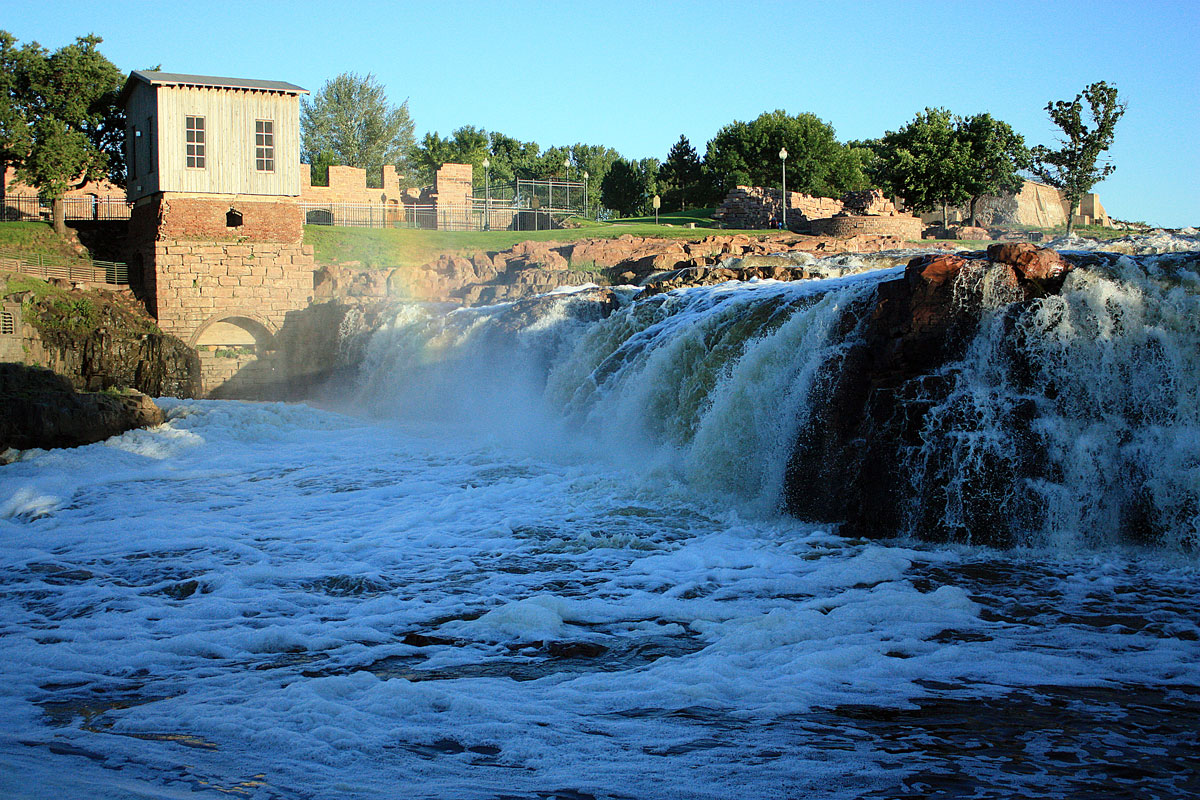 The Big Sioux River roars over the falls that give Sioux Falls, S.D., its name. Heavier-than-average rains have resulted in flood warnings along the river’s banks this summer. (Photo by Erik Tryggestad)

Blogging live from Sioux Falls, S.D.
Usually, I get funny looks from church members when they try to pronounce my last name.
Not so in the Queen City, as some of the locals call it. (I learned that during a laser show at Falls Park last night.) I’m in town for my grandmother’s 90th birthday celebration. It’s my first trip to my father’s home state since covering the Northern Hills Church of Christ in Spearfish (about eight hours west of here) for The Christian Chronicle’s Churches That Work series. 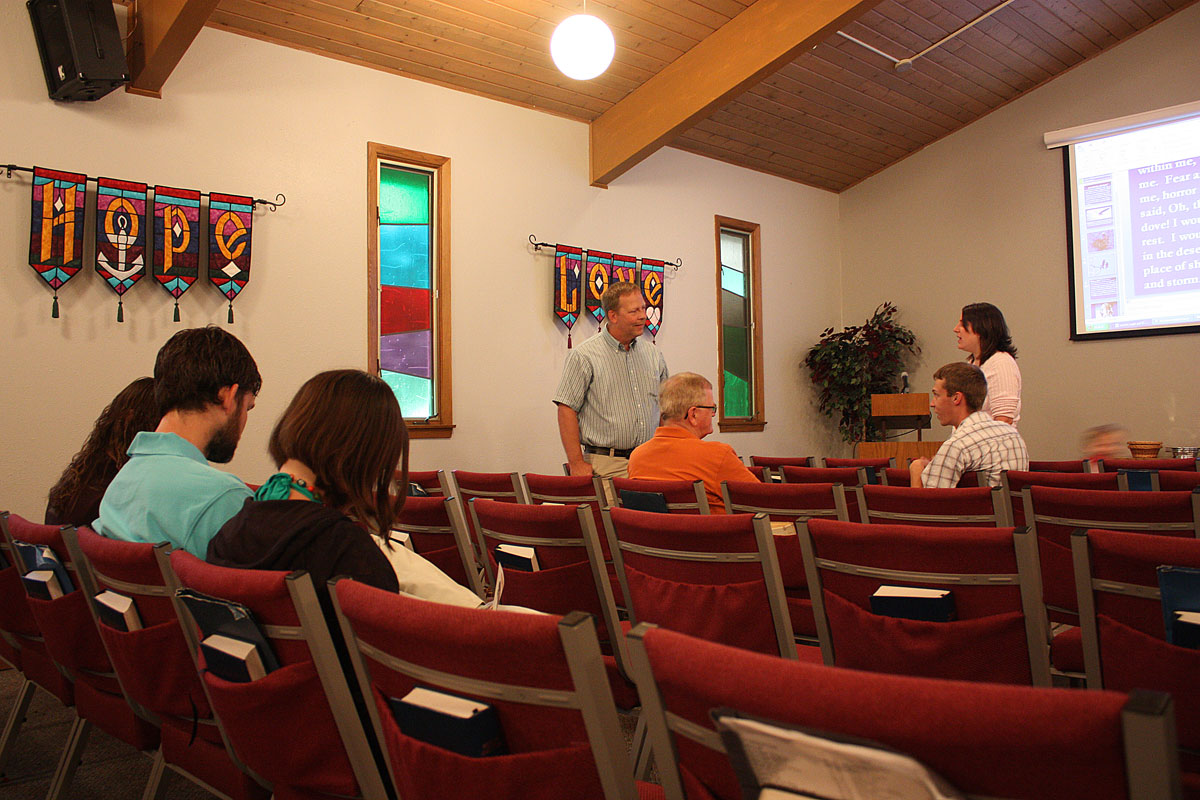 Members of the East 41st Street Church of Christ visit between Bible class and Sunday worship. (Photo by Erik Tryggestad)

On Sunday I made sure to stop by the 41st Street Church of Christ, just a few miles away from the Free Lutheran church grandma attends.
Few people had trouble with my lengthy moniker. I even heard the more-accurately-Norwegian pronunciation “Trig-sted” instead of the three syllable “Trig-is-tad” that I use. Instead of getting the usual question, “What nationality is that?” one church member asked me if i was from Brookings, a town about an hour north of Sioux Falls. I probably have extended family up there.
Despite being more than 600 miles north of Oklahoma City, I felt at home immediately. Both of the church’s elders, Dave Cutshall and Austin Vanderzee, introduced themselves. I found out that Vanderzee’s son is a student at Oklahoma Christian University. I also met a young couple that will be married at the church’s building this weekend. They met at OC. I even got a shout out for one of the Chronicle’s regular advertisers — churchofchristsingles.com. 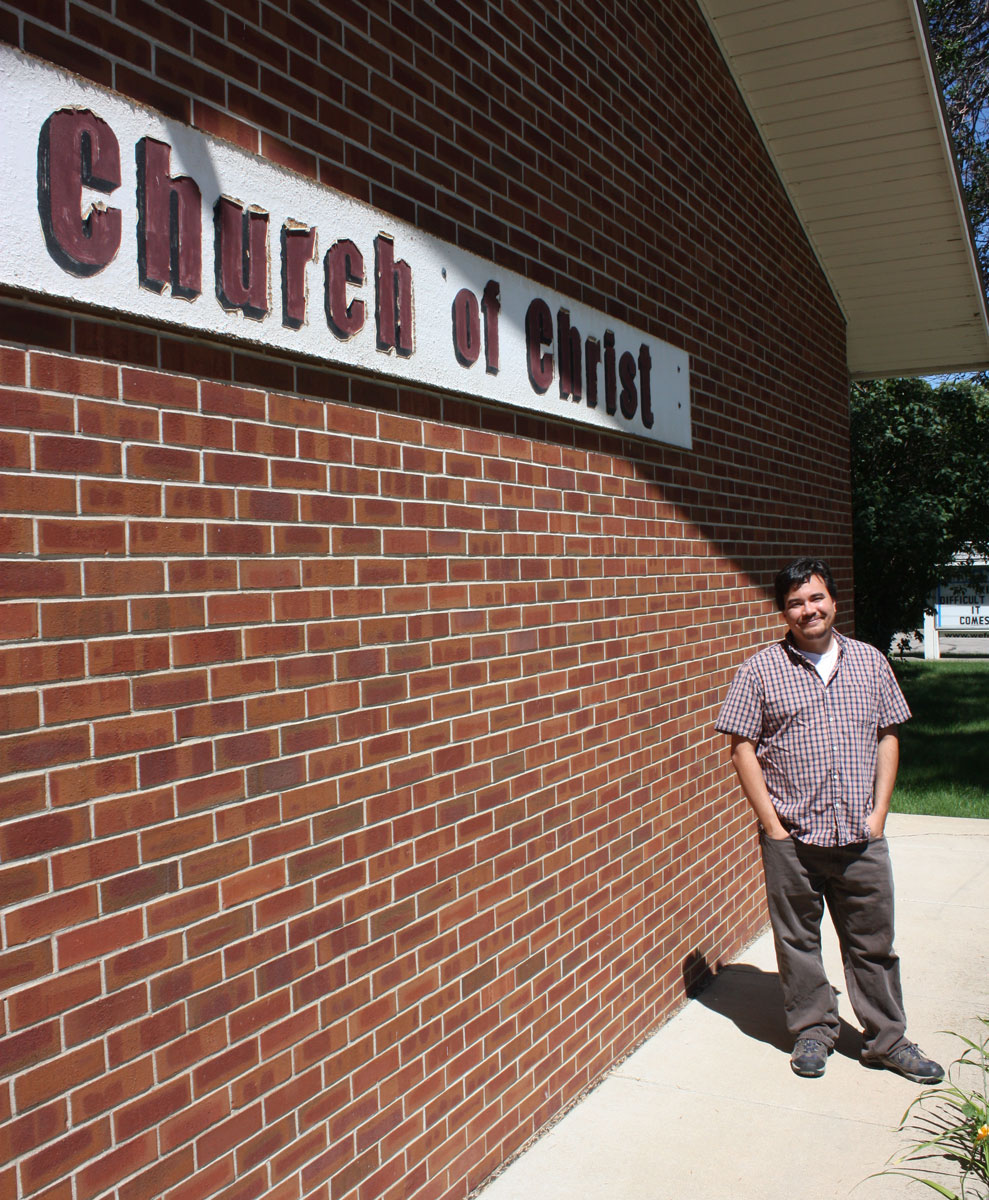 James Telgren outside the building of the 41st Street Church of Christ in Sioux Falls, S.D. (Photo by Erik Tryggestad)

Today I had coffee with James Telgren, who began ministering for the church in January. He grew up in the Omaha, Neb., area but has lived all over the country — and beyond. His parents met in Korea and were converted by a Church of Christ missionary there. He’s a ministry grad from Harding University in Arkansas. We talked about the challenges of (and opportunities for) evangelism in South Dakota. He’s got big dreams for the church in South Dakota and I’m really glad I got to spend some time with him.
Tomorrow I head back to the Sooner state, though I’m not looking forward to constant road construction along Interstate 29. I shared this frustration with James — and he shared a truism he heard from a fellow church member.
“We have four seasons here,” he said. “Almost Winter, Winter, Still Winter and Road Work.”
I made sure to share that joke with grandma.