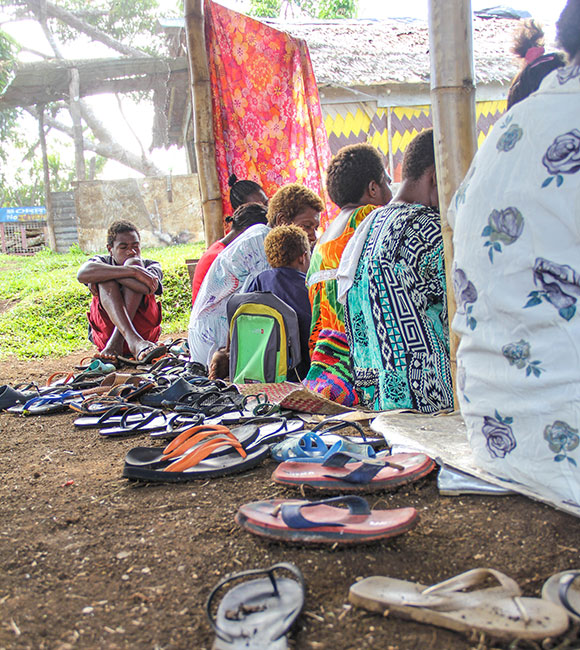 A lot of us can't find Vanuatu on a map. God can.

Erik Tryggestad
President and CEO
PORT VILA, Vanuatu — Why fly across an ocean to minister to a country whose entire population is about one-fourth of the metro area where I live? 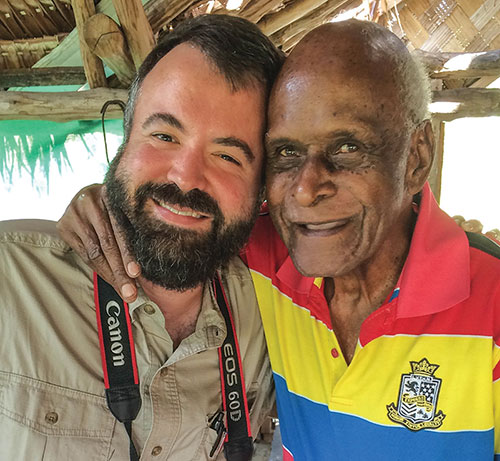 Road Notes | Erik TryggestadThat question bounced around in my brain as I struggled to write a “smol toktok” for a Church of Christ that meets about 15 minutes from this South Pacific nation’s capital.“Smol toktok” is Bislama, by the way, for short devotional.

I’m not a preacher, but I enjoy sharing stories of faith from Christian Chronicle travels. (For some reason, I’m often asked to keep it “smol.” The exception is Nigeria in 2008. My sermon, including translation, lasted 45 minutes. When I sat down I had about 800 Nigerians staring at me blankly, as if asking, “Why did you stop?”)

Rather than prepare something before I left on my first-ever reporting trip to the South Pacific, I wanted to meet the people here and, y’know, get a feel for the environment before I committed any thoughts to a sermon outline.

Related: Share-em Good News — In the South Pacific nation of Vanuatu, a decade of island ministry yields growth — and lessons about living simply for God.

It’s a practice of cultural relativity known as … procrastination.

Eric and Shawnda Brandell were my gracious hosts. They’ve served in Vanuatu for 10 years and have three amazing kids — two adopted ni-Vanuatu (native of the islands) boys and a 7-year-old daughter who likes to dress up like Disney princesses. (I’ve got two in my house, so I felt right at home.)

On Saturday, Eric Brandell drove me around the island where they live, Efate. I met Eddie Karris Kalokul, who told me about the history of Churches of Christ here. We posed for a photo and he smashed his face against mine. I figured it was a ni-Vanuatu thing, but later learned it’s more of an Eddie thing.

I also got to visit Tobey and Kathy Huff, missionaries for 40 years who also live on Efate. They’re currently building a ministry training school to help prepare leaders of tomorrow’s churches across the region. 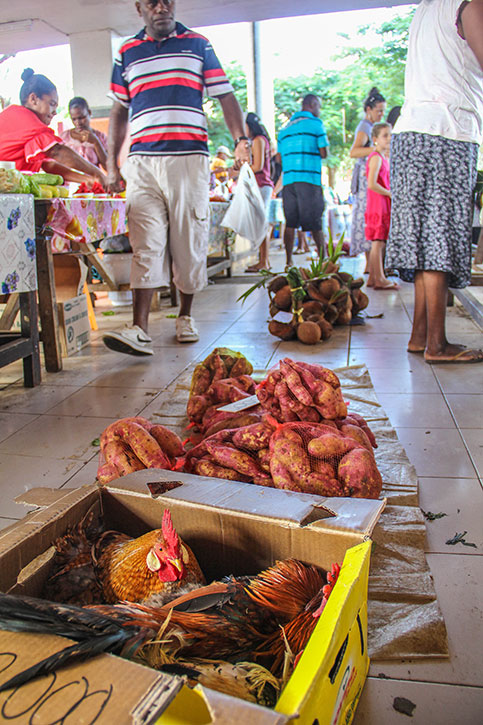 The chicken in Port Vila’s open-air market is incredibly fresh. (PHOTO BY ERIK TRYGGESTAD)
After that, the interviews got briefer. There was little to no “toktok” among the church members as I asked about the recovery after Cyclone Pam and future plans. Eric Brandell explained that they were a little overwhelmed and curious why some guy wanted to write a story about tiny churches in a tiny country that a lot of folks can’t find on a map.

In a way, we were asking the same question.

As the tour of the island continued, I finally found inspiration for my sermon — mounds of dirt beside the road.

“I’m not a preacher,” says Erik Tryggestad, “but I enjoy sharing stories of faith from Christian Chronicle travels.” Hear a “smol toktok” (devotional) in English and Bislama that he recently delivered to a Church of Christ in the South Pacific nation of Vanuatu. RELATED COLUMN, “Souls matter here” — https://www.christianchronicle.org/article/souls-matter-here

The next morning, under a pavilion of sheet metal and bamboo, I told the 50 or so church members that God delights in using people who don’t think they’re all that important to accomplish great things. I talked about simple men — Noah, Gideon, David — whose faithfulness and humility brought our heavenly Father glory and joy. Jesus himself was the ultimate example of servant leadership. 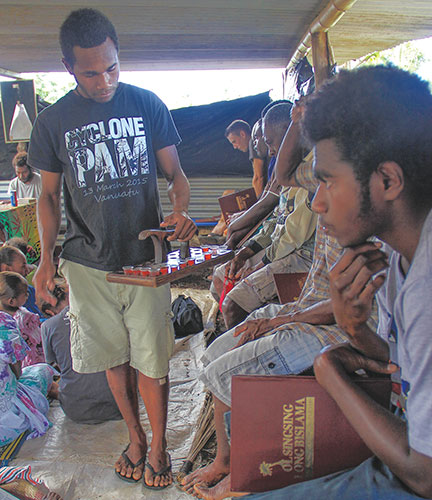 The Etas Church of Christ uses a handmade tray for communion cups during worship. (PHOTO BY ERIK TRYGGESTAD)

“Never think that you don’t matter to God,” I told them (using a double negative I now regret).

You see, those dirt mounds on the side of the road were dug up by American G.I.’s. They sit next to an old airstrip used by my countrymen during World War II.

From eye level — our level — they have no meaningful use. But from above, they spell out “USA” and told our pilots where to land. That’s how God sees us. No matter how small we may think ourselves, we matter.

Sunday worship with the Etas Church of Christ in Vanuatu

Sunday worship with the Etas Church of Christ in the South Pacific nation of Vanuatu. (The language is called Bislama, by the way)

Posted by The Christian Chronicle on Tuesday, August 25, 2015

I didn’t get any “Why did you stop?” looks when I finished, just handshakes, hugs and lots of “Thank you, Thomas.”

“How’d they know my middle name?” I asked the Brandells as we left. Turns out they were saying “Tank yu tumas,” Bislama for “Thank you very much.”

As always, I was blessed by my time with these precious souls. The more I travel, the more my senses are attuned to the common language of faith that unites us all.

And for that, I thank God, tumas.